You are here: Home \ Environment \ Resources \ Bacteria Can Not Only Cause Colds, They Can Recharge Your Phone!
Environment
0

Bacteria Can Not Only Cause Colds, They Can Recharge Your Phone!

It happens so often that we are out of the house for long and the battery of our phones or I-Pod runs out… it’s extremely inconvenient, not to mention irritating! We switch off our Wi-Fi, dim the screen lights, switch off our phone for a while and put it on airplane mode… because it’s not […]

It happens so often that we are out of the house for long and the battery of our phones or I-Pod runs out… it’s extremely inconvenient, not to mention irritating! We switch off our Wi-Fi, dim the screen lights, switch off our phone for a while and put it on airplane mode… because it’s not possible to charge our handsets en route somewhere, at least using conventional current-socket charging. There are plenty of newly developed and discovered ways to charge our phones even without a plug point, which are gaining popularity due to the very high battery usage, especially of smart phones. Using kinetic and solar energy have been used for quite long now to generate power in homes and industries, now miniature versions of similar devices can be used to charge electrical appliances as well, making it not only easier, but since they do not use conventional electricity, they are extremely eco friendly as well!

When we walk over murky soil or look at garbage bins, we make a face and move away. But did you know that this very heap of trash can recharge your device? There are scores of microbes present in these garbage dumps and the soil and small and easy to retrieve components of these can be used to make a charger. This technology is not yet widely accessible, the concept of it being MFC’s (Microbial Fuel Cells,) which are a happening research in the field of microbiology. They use a conductive surface to harvest these electrons and use them as a power source. The microbes present in the dirt produce free electrons during the course of their normal life processes, which is used to produce power to act as chargers. This extremely useful and genius device is not only the dream of a gadget savvy person, it is a very idealistic option to use non-conventional sources of energy, hence making it an extremely environment-friendly alternative. 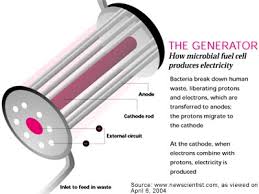 When we speak on the phone for hours, eventually we have to cut it due to the red sign of “battery low” flashing. What if our phone battery could get recharged, not depleted while we talk? This has also been achieved! A sound absorbing panel is inserted, which uses the vibrations of the sound waves produced to generate power, hence recharging our phones as we talk! Again, a very eco-friendly option, it is also extremely convenient! Even solar power has been used for ages as solar panels to provide energy on a large scale basis, for homes and industries. It has also been incorporated to use as chargers in phones and laptops, so you just need to be in a sunny place for it to get recharged! Not only in “cells” and “lappies”, it is also used in calculators and other such devices!

Even windmills, which use kinetic energy of the wind to produce energy, are very green and useful sources of energy. This has also been used for replenishing the battery of our electronic gadgets.  However, the problem with solar and wind panels is that it requires a lot of time to generate enough energy to sustain the device for long, which is why they are usually interconvertible and can use both normal electricity as well as solar or wind power. Another device that utilizes kinetic energy and is not time consuming, is those charger that can utilize the kinetic energy produced by OUR actions! Biking, walking, running… while doing these we can also recharge our phones! 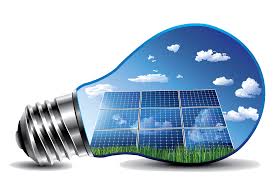 These discussed options have several applications, already underway. Like  eco-friendly bicycles to help recharging while you go biking, rocking chair chargers, which charge the device while you sit rocking in leisure, bamboo solar smartphone chargers, pedal powered phone chargers, flower-pot gadget chargers, phone-charging headphones… that recharge your battery as you listen to music, not deplete it!! Even energy conserving chargers, that stop charging as the limit is reached and other such options. These are extremely environment-friendly, not to mention they go easy on your bills… and most importantly, they help you recharge anytime, anywhere, so you never run out of charge! Especially since smartphones require an extraordinary amount of battery to work, these are very welcome additions in the market. 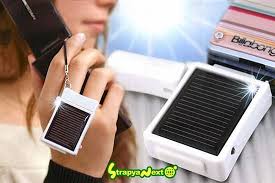 These are all creations that have been worked on and developed due to a simple reason; we have to protect our environment, not over-use our resources. These alternate source options are a great way to be comfortable and live simply, without abusing our environment and natural resources. Already, due to exploding population and increasing needs and necessities of the upcoming generations, we are creating enough problems for our future generations, the least we can do is at least  try our hands at reducing our carbon and energy footprint. It’s not asking for much, considering these devices are just making our work easy, literally catering to our demands. So here’s to a greener and yet more luxurious life! 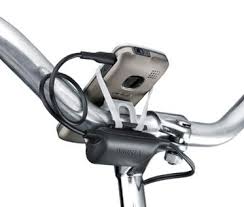