You are here: Home \ Resources \ Coal Industry- From Abundance to Extinction
Resources
0

Coal Industry- From Abundance to Extinction

Coal industry forms one of the major industries in the commerce of most of the countries, including India. Availability in cheap prices and bulk are responsible for such large scale use of coal. Neither mining, nor usage of coal requires rocket science, unlike the renewable sources of energy, which need highly technical devices and research. […]

Fossil fuels, as we know, are formed by natural processes by decomposition of buried dead organisms. But their formation requires many millions of years. The high percentage of carbon content in these fossil fuels makes them highly unfit for burning, as they form hydro-carbons which then act as green house gases and result in global warming. 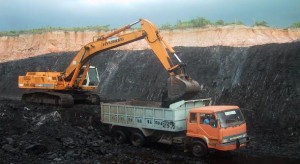 The large scale mining of coal points towards the over use of the non-renewable sources of energy, which is not a good road towards development.

Coal is brought in industrial use to a large extent. Many thermal power plant stations run on coal as their major source of energy. Along with other large scale industries, many small and medium scale industries are using coal and natural gases. Along with them, there is a demand of such sources of energy in the common household. The increase in the population and the constant demand of development keeps on over-using these resources.

Recent years have seen an increase in the demand of coal, while a large decrease in the coal available. The mines are being exploited, thus, the coal reserves are getting extinct in many areas. The demands, on the other hand, are ever increasing. Although coal reserves in India are one of the topmost in the world, but the pace of using them up is posing a lot of questions on its future in the nation.

The decrease in the availability of coal can damage the pace of development to a large extent. Without its major source of energy, no country will be able to keep track with its developmental plans. Energy crisis, after some decades, would not be surprising if the same rate of consumption continues.

Other than the issue of extinction as a source of energy, coal can also pose problems to the environment. The pollutants released in the environment, while burning coal, are extremely dangerous. These pollutants are responsible for a large number of diseases and deaths worldwide. According to World Health Organization, the pollution caused by the burning of coal was responsible of one million deaths worldwide in 2008, 24,000 deaths in United States.

The working conditions in these coal mines are very unhealthy, unlit and unhygienic.

Along with air pollution, the mining of coal includes processes which bring harm to the land and water. The underground water, which comes in the contact of the coal, becomes polluted and thus unfit for agricultural or drinking purposes. The mining activities require a lot of area, thus the forests need to be removed before starting the mining. Moreover, removal of the top layer of the soil makes the soil highly infertile for any future purposes. The mercury emission from the coal burning brings mercury into the food chain, thus causing harm to the aquatic life as well as human life.

Other than this, the mining process is very unfriendly for the workers. The conditions are very unhealthy, as they have to work in air pollutants, which make them vulnerable to respiratory diseases, including lung cancer. Also, there is a huge risk involved, because any fire or source of heat can bring whole area to flames, and causing danger to the lives of the field workers.

Coal industry is surely, a lifeline for the economy of a nation. But the harmful effects caused by the industry can not be ignored. The rise in global warming, due to production of methane gas, along with causing pollution to water and land resources are major harms caused by the coal industry. Instead, the renewable sources of energy are much more reliable solution to the problem. Along with being environment friendly, these resources are renewable, thus, the danger of extinction is no longer faced. 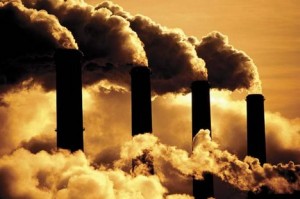 Air pollution seems to be one of the major problems caused by the use of coal and natural gas.

We are running in the risk of focusing too much on industrialization and development, while we continue to ignore the effects on the environment. We continue to make more money in our bank balance, but the number of trees decreasing every day hardly affects us. This problem needs to be dealt with supreme attention and care. The priorities of development and environment, both hand in hand, will be a bit uneasy walk. But it needs to be done, for excess of one will affect its counterpart. It will be difficult though, but a hope lies in the renewable sources of energy. Reduction in the consumption of coal can also be helpful.

Coal today seems in abundance, but it may become invisible one day. Try not to depend too much on it, lest abundance is followed by extinction.