Cycling in the City – the Future of Ecological Living

This is a topic that has been debated and described all over the world and by so many people that I can’t even begin to estimate the amount of articles I’d read myself. To me, it means two things: There is a lot to say on the subject, and We are nowhere near finished discussing […]

This is a topic that has been debated and described all over the world and by so many people that I can’t even begin to estimate the amount of articles I’d read myself.

To me, it means two things:

In colder climates with harsher winters such as in Canada, there is the tendency to push cycling to the periphery of the ecological and eco-social debate, but a walk of a busy Downtown Toronto street will tell you that the phenomenon is not only there – it is booming. And there is a great deal to say about it still. That’s why it bears repeating those things until words bring enough cumulative action to create a real change, together.

The problem is, that most such articles will touch on a single aspect of the bicycle riding culture, leaving the others to be covered in different publications and debates. While this is understandable (focus brings clarity and precision, after all), it still feels lacking. I am, therefore, writing this article, to summarize and bring together all the main advantages of of riding a bicycle in the city. Those will include the personal (physical and financial), and eco-social.

First, here is something that I’d like to clarify in advance. We all understand that cycling is not a solution to all of our problems, and that it is a seasonal means of transportation. Even though there are the rare stalwart cyclists who cycle all year round, to any distance, often doing their shopping on a bicycle and even taking their children and pets on it with them.

While the part with pets on a bike is cute, nobody expects anyone to leave the car home and ride the kids to all their extra-curricular activities in a bike saddle. And it’s also crystal clear that cycling a 20km route to work in the rain is a bad idea. Cycling in winter or in snow could pose some challenges as well.

Then there are all the rest of the situations when it is not only an option, but a far better option than driving or even commuting. And here is why. 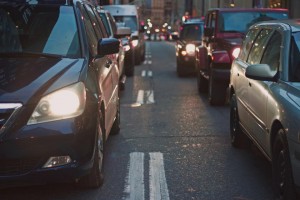 Some scoff at this notion by saying that the number of cyclists is negligible as compared to the number of cars, but this is reality check time, ladies and gentlemen. I was running some errands a few days ago in Downtown Toronto and the number of students (I was passing by the George Brown campus on King st.) and even business people (yes, wearing a suit and tie) that I saw cycling was astounding. They were all over the place. Now take a minute and imagine all those people taking the bus or driving a car instead. The congestion is already bad enough, and so is the smog. The parking problem in this city (as well as any other big city in Canada) is no less than legendary. The change those cyclists make is HUGE. 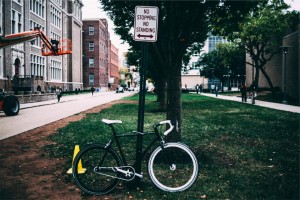 I just mentioned parking, which is not only a problem, but a huge expense as well. Some parking locations will charge as much as 30 dollars for a day. Multiply that by 20 working days a month and you get a number that can be used to scare children and adults alike. More and more people are becoming aware of the monster and are switching to bikes. If you are coming from afar, you may consider parking away from Downtown or Midtown and biking the rest of the way. 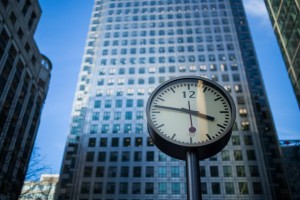 This may sound ridiculous, but it’s very true. If you live close enough to cycle to work or drive some of the way and bike the rest of it, you are increasing your chances to get to your destination sooner than the traffic-plagued car can get you. Some may say – take a bus, but really. No. How long do you have to wait for the bus to arrive? And when it does, it just goes on and on… or you jump in the saddle and reach your destination in less than half the time.

Cycling is Just Good for You 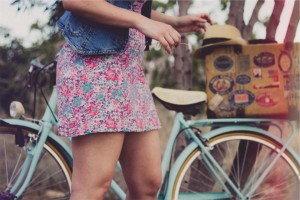 Yes, it’s almost a cliche by now, but it is true and so it’s also worth repeating. When you are on a bus or in a car, you get tired from the ride (especially in a traffic jam), but there is no gain in that pain. Here, your muscles get toned, your lungs get stronger and before you know it, you’ll be smiling and energetic all day long, and you won’t even know you had all that energy.

The more of us use bikes instead of cars whenever we can, the easier it will be for all of us. In terms of health, savings, city traffic and just plain old happiness. Try it, and you will see for yourself!