The Dangers of Bursting Crackers

Diwali, the festival of lights and pollution. Where Gunpowder and smoke and bollywood item numbers are lifted up in praise to the gods. A time of celebration, a time of rejoicing, a time where commuters are tested for their stress-handling ability, as a stray rassi-bomb sneaks close by and explodes in a colossal bang by […]

Diwali, the festival of lights and pollution. Where Gunpowder and smoke and bollywood item numbers are lifted up in praise to the gods. A time of celebration, a time of rejoicing, a time where commuters are tested for their stress-handling ability, as a stray rassi-bomb sneaks close by and explodes in a colossal bang by their foot! Yes, this is the diwali we love so much. The chaos, the confusion, the ear-popping explosions. The cardiac trauma, the asthmatic’s dilemma, the stray dogs cowering in corners of the street. Noise, such glorious noise, persisting late into the night, keeping our eyes open, shaking us out of time wasted in slumber, leaving us fresh for work the next day. What a beautiful, beautiful festival! So much garbage left behind, so much smoke in the air, so many toxins that are ever so good for us and the environment…

This is a rather harsh view, I will admit, but it is an unfortunate fact that Diwali has become something near a nuisance. To be fair, it has become a lot better than what it was a few years ago. Crackers aren’t burst too late into the night, there are fewer crackers going around, and a there’s more environmental awareness.

Even so, there is room for further improvement. Late night parties with loud music are still common, crackers are still being burst in large quantities, the shells and parts of which just add to the clutter and dirt on the roads. This clutter is mostly non-biodegradable plastics, which also ends up in nearby plants and shrubs, and chokes them. The remains of these crackers also find their way into storm water drains and end up clogging them. The smoke from crackers add to the already high carbon-dioxide emissions of the country, maintaining our prestigious rank of 3rd most polluted country of the world. What’s more, the smoke also contains acidic substances like sulfur, and this accumulates in the atmosphere and can fall as acid rain during the monsoons, destroying many plants in the process and making the soil unfit for certain plant species. It also can cause respiratory infections and skin irritation.

These crackers are very pretty, but they have a dangerous downside

Since bursting crackers is literally playing with fire, sometimes celebrations are done besides water sources to avoid fire damage. But this is not good for the environment. Studies have found that crackers contain perchlorate particles, which contaminate the water, and even seep into the ground and contaminate ground water, making it unfit to consume, and poisonous to plants.

Besides harm to the environment, fireworks are hazardous to us too. Some fireworks contain elements like cadmium, copper, barium etc to produce dazzling, and colourful flames and sparks. When burnt, these linger in the air and cause all sorts of problems. The table below shows the harmful effects of some of the elements found in crackers:

As you can see, some of these are extremely harmful. And this is to people who aren’t already suffering from various other ailments like asthma, heart problems, stress, insomnia etc. Studies have shown that bursting crackers can increase the chance of attacks among asthma and heart patients, while patients suffering from low immunity and chronic bronchitis are in danger too. The smoke also causes respiratory infections and conjunctivitis. Besides this already long list, add anxiety, sleepiness and hypertension among cardiac patients too. The loud noises also increase stress, irritability and anger among people, whilst causing damage to the ear drum that can lead to severe pain, bleeding and even deafness. People may also suffer from tinnitus, a condition in which the afflicted hears sound even when there is none. Creepy. 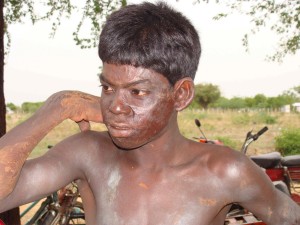 For a few moments of thrill, is it really worth it to allow a chance for all these hazards? The Uttar Pradesh Pollution Control Board (UPPCB) stated that in 2012, on Diwali day, 1,600 metric tonne of waste containing harmful substances and chemicals were generated by burning crackers, in Lucknow alone.

“After Diwali festivities, toxic waste is thrown at either landfill sites or the river which affects the ecosystem adversely. The poisonous metals in the waste enter the food chain through soil and water. As it directly impacts the environment and health, it can cause serious diseases and even lead to death by lead poisoning and other such,” said Anoop Mishra, president of Sankalp Parivar, who has been trying to spread awareness amongst students. Mishra also said that the metals present in crackers also cause the death of many plants and animals.

It is now known that the manufacturing of crackers also makes use of child labour, and these children often die of poisoning and disease because of working with gunpowder. Accidents are common, but they’re kept quiet so that outsiders aren’t aware of the conditions and obliviously continue to buy the crackers and fill the manufacturers’ pockets. 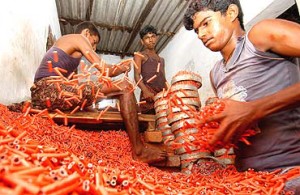 Children are employed in the manufacturing, and they pay a heavy price

Another factor we don’t consider is the money we spend on these crackers. If we directed the same money towards development of the country, and the ecosystems that this nation is home to, then we could have much better facilities and infrastructure.

I pray this article helps you to change your mind about bursting crackers. As you can see, the benefits of not bursting far out-weigh the one-time pleasure you could derive from going ahead and doing it. Diwali is the festival of lights, so let’s keep it so, without the smoke. 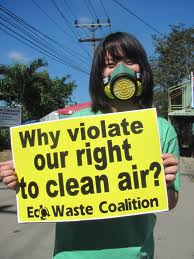 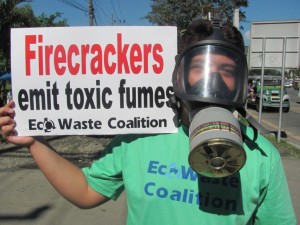 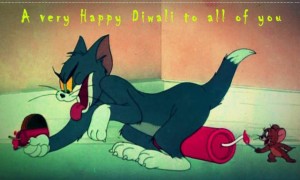