You are here: Home \ Environment \ Development and Global warming
Environment
0

According to Malthusian theory, there exists a close relationship between population growth and the environment surrounding us. As population in an area increases, there will be more pressure on the resources available which ultimately leads to famine, hunger, environmental degradation and thereby, causes a great impact on the climate. More people means more demand for […] 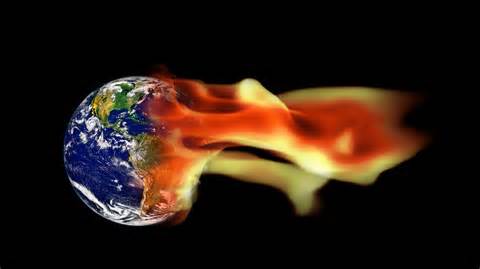 According to Malthusian theory, there exists a close relationship between population growth and the environment surrounding us. As population in an area increases, there will be more pressure on the resources available which ultimately leads to famine, hunger, environmental degradation and thereby, causes a great impact on the climate. More people means more demand for oil, gas, coal and other fuels mined or drilled from below the Earth’s surface that, when burned, release enough carbon dioxide (CO2) into the atmosphere to trap warm air inside like a greenhouse.

People all over the world have started to address the problem of environmental degradation by reducing their carbon footprints through means of less consumption of resources and innovating better technologies to serve the mankind. But on the other side, unsustainable and unplanned human population growth can reduce these effects on environment sustainability, dumping all the efforts in vain. According to the United Nations Population Fund, human population grew from 1.6 billion to 6.1 billion people during the course of the 20th century. (Just think: It took many years for the population to reach 1.6 billion; then it shot to 6.1 billion over just 100 years.) During that time emissions of CO2, the leading greenhouse gas, grew 12-fold. And with worldwide population expected to surpass nine billion mark over the next 50 years, environmentalists and others are worried about the ability of the planet to withstand the added load of greenhouse gases entering the atmosphere and the disastrous impact of these gases on the climate.

Regarding climate change, countries with large population such as China and India have been the countries contributing to greenhouse effect that has been responsible to trigger the climate change. While in total amounts their emissions might be high (China is the second largest emitter after the United States), per person, their emissions are significantly smaller. But the large population ends up the country as a much polluted country. Countries with more developed economy are affecting the environment.

The United States has the largest population in the developed world, and is the only developed nation experiencing significant population growth. Its population may double before the end of the century. Its 300 million inhabitants produce greenhouse gases at a per-capita rate that is more than double that of Europe, five times the global average, and more than 10 times the average of developing nations. The U.S. greenhouse gas contribution is due to various factors like large population, significant growth and rising consumption levels. Also the lack of efforts to become independent of using fossil fuels as sources of energy is responsible for the greenhouse effect. More than half of the U.S. population is now car-dependent. On an average, a U.S. inhabitant drives 3 trillion miles each year. The average miles travelled per capita is increasing rapidly, and the transportation sector now accounts for one-third of all U.S. carbon emissions. One can imagine how the luxury of our life contributes disastrously to the environmental.

It is to be pointed out and a matter of concern that if countries  such as China, India and Brazil grow in prosperity and become developed, there will be large populations with high purchasing power parity (PPP), consuming more goods and services, thus making more and more demands from  the planet. Two out of five human beings are Indians and Chinese that makes about 2.4 billion people. Last year, China`s oil consumption went up by 15%. That means they are doubling the oil consumption every five years. India also doubles the oil consumption by 8% after every five years. As developing countries’ contribution to global emissions growth, population size and growth rates will become significant factors in magnifying the impacts of global warming. Today, we itself notice that developing countries are pursuing the same path of development of their industrialized sector of economy and therefore engaging in many environmental damaging practices.

Family planning is the most effective way to check population growth and relieve pressure on the planet’s environment. By reducing poverty and infant mortality, increasing women’s and girls’ access to basic human rights (health care, education, economic opportunity), educating women about birth control options and ensuring access to voluntary family planning services, women will choose to limit family size. These measures were implemented in almost every country of the world to keep a check on population growth. The Government of India(GOI) introduced the National Population Policy in the year 2000(NPP  2000) to check the growth of country`s population which also aims at ensuring human rights to all the citizens of our country.

Also many environmentalists have constantly remarked that if such countries will follow the style of development that the rich countries like U.S. use and emulate them, then our planet may not be able to cope much longer and will ultimately there will be an end to the life on our loving planet. It’s high time that we ourselves as a child to our mother Earth help to protect her otherwise we will be nowhere. If we cannot stabilize climate and we cannot stabilize population, there will not be an ecosystem on Earth that we can save.