ECONOMIC APPROACH TO THE ENERGY PROBLEM

In addressing and considering issues related to energy and environment from the perspective of development economics, it is very difficult to anyone to remain objective. Energy and environmental issues have, perhaps more than any other recent economic topic, stretched the computational and analytical capacities of economist. In this article, I introduce the economic dimensions of […]

In addressing and considering issues related to energy and environment from the perspective of development economics, it is very difficult to anyone to remain objective. Energy and environmental issues have, perhaps more than any other recent economic topic, stretched the computational and analytical capacities of economist. In this article, I introduce the economic dimensions of the energy-environment relationship.

Energy is a key factor in the economic development of nation. The primary consideration for developing countries is increasing their rate of economic growth. Economic growth depends upon macroeconomic context including increasing consumption, investment, government spending, trade etc, along with the microeconomic context includes physical resources, labour resources and technology as applied to production. 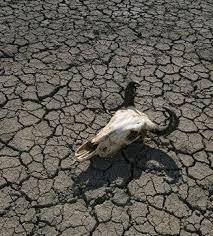 Thus, economics of energy and environment is closely linked with development.  Most important within the field of development is the stricter criteria of sustainable development.  This may be defined as adopting business strategies and activities that meet the needs of the enterprise and its stakeholders today while protecting, sustaining and enhancing the human and natural resources that will be needed in the future.

Energy production and use pollutes the environment more than any other human activity. Human society relies upon a continuous supply of raw energy to function, and development cannot occur without a surplus of raw energy. At, present agriculture production of raw energy, in the form of food stuffs in the sector of food energy production that allows the greatest return on investment, both in terms of total social good produces and monetary returns.

Energy economics studies factors and forces that lead economic agents to supply energy resources, convert those resources into other useful energy forms, transport them to the users, use them and dispose of the residuals.

Energy economics concerns itself with any sort of energy that is used in the world economy.  Energy demands and its response to price, connections between energy and other factors of production, response of the aggregate economy to input price changes or shocks, are some of the factors need to be considered in any discussion on energy economics. All these factors are highly empirical in nature.

Price is a means of rationing goods, which is necessary to deal with scarcity. The main interest on the energy is that of price elasticity of demands. The price elasticity of demand measures how many consumers respond in their buying decisions to a change in price.  Price demand is inelastic whenever the ration of change in sales to price increase is less than one. When it is greater than one, the price demand is elastic. Products that have few good substitutes generally have a lower elasticity of demand or are said to be price inelastic than products with many substitutes. 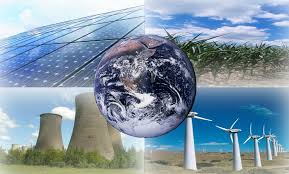 On the other hand, suppose we assume that energy and capital are substitutes, i.e., an increase in the price of either one will result in more of the second being demanded at any given available price of the second.  Then to meet the goal of decreased energy demand, we should lower the capital costs.

Next, in considering the economic impacts of energy price shocks, we have to pay attention to the short term considerations and look at macroeconomic issues.  A permanent increase in the real cost of energy can result either from greater depletion of domestic energy resources or from increase in the price of energy imports. Both these parts, lead to the same end results.

Environmental economics is a rather new field, essentially the creation of the present generation of economists. It is the subfield of economics concerned with environmental issues. Environmental issues in general had never really been considered important until the latter half of the twentieth century. This was because the industrial production had not been at high enough levels of production for long enough to justify such concerns.

The main conflicts with which the economists are concerned in thinking about the environment is, as with energy, the short term versus the long term. Although, the long term in the context of energy economics implies effects which could conceivable be seen within a person’s lifetime, it is not so with environmental economics.

One key problem in environmental economics is that the earth has a very finite capacity to assimilate residual products of industrial production.  The main issue in attempting to measure benefits and costs is that of empirical methodology. This is because due to the nature of environmental quality, the benefits to be expected from  proposed changes in prescribed quality are difficult to measure.

Modern economies are energy dependent. The provision of sufficient energy has been perceived as a central problem. Energy availability and consumption has been  such an important consideration to economies worldwide that the magnitude of energy consumed per capita has become one of the key indicators of modernisation and progress in a given country.