There will come such a day when the big race and war for all the oil reserves on this planet will be at its exponential peak. Immediately after that, there will be a short lag phase and then, no struggle at all. The reason: the bone of contention should be present for a conflict to […]

There will come such a day when the big race and war for all the oil reserves on this planet will be at its exponential peak. Immediately after that, there will be a short lag phase and then, no struggle at all. The reason: the bone of contention should be present for a conflict to occur. When there would be no fossil fuel left, that is, the bone of contention, there would not be a struggle to achieve it either. The real struggle shall then begin. To sustain our extravagant, fossil fuel dependent lifestyle on an alternative energy source.
The various forms of energy when harnessed and converted to useful forms are the propellants of human civilization and its advancement. The relationship between the environment, energy and development are direct and intense. Energy has an antagonistic function in the environment. When present in adequate, affordable and useful forms, energy is a key feature in an economically thriving environment. However, if energy is in an indestructible and unwanted forms, it becomes hazardous, also termed as pollution.

The transformation of energy from the former to the latter form depends solely on how it is utilized in the process of development.
All of us have been taught in school: renewable and non-renewable energy and their forms. We very well know that fossil fuels are non-renewable forms of energy, yet we waste it like we have another planet to import more oil from. As the human population increases, there will be a gigantic increase in the demand for more energy and power. Our current way of using energy is not at all in keeping with sustainable environment policies.
Until a few years ago, charcoal was a major source of energy. The trend has shifted to liquid and gaseous fuels like kerosene and petroleum gas. Coal continues to be the major substrate for power generation and is estimated to be 7.64×10^12 tonnes on Earth. However, it may soon finish in a 100 years or so. Therefore, the need of the hour is to find alternative sources of energy. Energy which is
• Non-conventional
• Renewable
• Environment friendly
• Cost effective and
• Requires less amount of processing to be converted to useable forms.
Many countries have worked and are still working on finding such an alternative to fossil fuels. Most countries by now have been successful in harnessing the following kinds of energy:
• Solar Energy: This energy is harnessed by photochemical reactions in the photo-sensitive photovoltaic cell units. The photon initiates the photochemical reaction which ultimately gives us non-polluting, useable energy. However, it is dependent on the weather and solar panels do not work under cloudy conditions. Also, the cost of equipment is too high for common use. 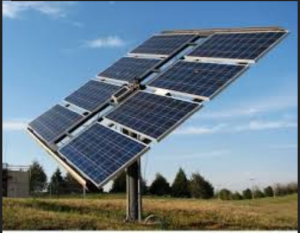 • Wind Energy: The kinetic energy of high speed gushes of wind are converted to electric energy. However, this only works for windy areas. 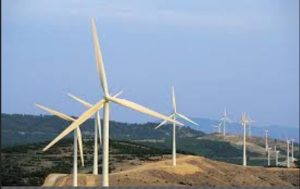 • Hydroelectric Energy: The kinetic energy of water falling from a large height on a turbine is converted to electric energy and transported. This is the most widely used alternative energy. However, issues with dam construction are not easy to deal with.
There have been many other innovations in other forms of energy sources too. 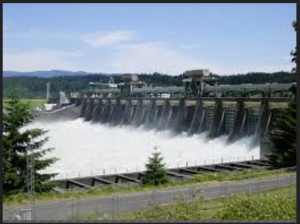 • Turkey is currently testing a small test area supplied with energy from pistachio shells. The country is the second largest producer of pistachio and until recently, the shells used to go as waste. However, by a fairly cost-effective process of heating the shells, electric energy can be produced. If this works out, it would be a major breakthrough in this field.
• In India, after the juice has been extracted from sugarcane, the rest of the plant remains are churned to make useable energy. It is cost effective and is a method of waste management at the same time. Not only that, it does not require a large set-up as half the work is done in the sugar factory itself as it lets out its by product.
• Biogas is another emerging energy form. The methanogenous bacteria produce methane from cattle dung which is a combustible form of energy. Also called ‘Gobar gas’ in India, this is a doubly beneficiary method as it does away with all the animal waste and dung from dairy farms. India being largely dependent on agriculture and dairy animals, this method, while providing energy does away with the waste too. 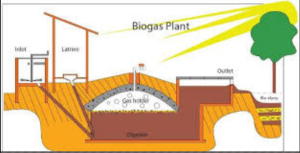 • Geothermal energy is the heat energy harnessed from near natural geothermal vents on the Earth’s surface. This energy can be used to create electricity. These vents may be present directly on the earth’s surface or under the sea, on the ocean bed. In both cases, we have been successful in extracting energy.
• Some ocean bed vents also let out natural gas and shale. Compressed Natural Gas (CNG) is being extensively extracted from these vents and are being used in automobiles.
• The use of tides is another example of alternative sources of energy. The high tides’ force and kinetic energy is harnessed in special equipment placed along the sea shore to create useable energy.
Thus we see that if we want, we can always find newer, better and practical solutions to our energy crises. However, we need to be careful while using our present fossil fuels too because precaution is better than cure.