Green Techniques Every city can Learn From Vancouver, Canada

It’s not that every city is not having a green-ing and cleaning program on their portfolio, but it is how it is perfectly implemented. It’s how a vision of a green and clean city can be craved from a polluted city. With that in mind, the city of Vancouver from Canada has a successful greening […]

It’s not that every city is not having a green-ing and cleaning program on their portfolio, but it is how it is perfectly implemented. It’s how a vision of a green and clean city can be craved from a polluted city. With that in mind, the city of Vancouver from Canada has a successful greening program implemented in their city. Many of the articles regarding green cities have a place reserved for Vancouver in their top ten lists. 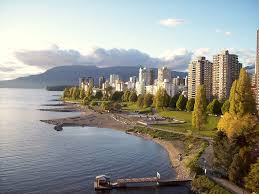 Bordered by the Coast Mountain Range and the Pacific Ocean, Vancouver is a coastal harbour city in British Columbia, Canada, and recognized as one of the world’s most liveable cities with one of the smallest carbon footprints of any major city in North America. Vancouver is the most populous in the western Canada with over 2.37 million people living. Tourism is the second-largest industry thanks to the nature surrounding the urban centre of Vancouver. Tourists visit famous parks (e.g.: Stanley Park, Queen Elizabeth Park, VanDusen), the mountains, ocean and forest. Over a million people pass through Vancouver on cruise ship vacations to go to Alaska. Vancouver has a temperate climate and is one of the warmest Canadian cities. The city hosted many international conferences and events, such as Expo 86, or lately the 2010 Winter Olympics and Paralympics Games. The legacies of hosting this world event are important in terms of sport facilities, public transit, green building and arts and culture. 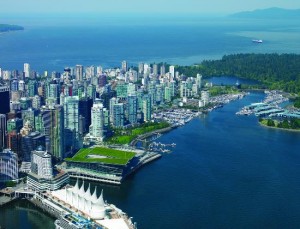 In terms of economy and business, Vancouver has Canada’s largest and most diversified port trading $75 billion in goods with over 130 different economies annually. Its activities generate $10.5 billion in gross domestic product and $22 billion in economic output. The Port of Vancouver generates 30,100 direct jobs through its activities, and is also the world hub for Canadian shipping company, Asia Pacific Marine Container Lines. Vancouver has an important film industry, centre for software development, biotechnology, forest products and mining companies.

In 2007, the City of Vancouver received an award for being the greenest city among cities with a population of at least 100,000 inhabitants in the province of British Columbia and Canada.

Vancouver already has a highly diversified home-grown green economy. Their long-term goal is to secure Vancouver’s international reputation as a mecca of green enterprise. Their target is to double the number of green jobs in the city by 2020 over 2010 levels. They are also developing a target to green existing jobs.

Vancouver has the greenest new neighbourhood in North America-Southeast False Creek. Their 2020 targets are to require all buildings constructed from 2020 onward to be carbon neutral in operations and to reduce energy use and greenhouse gas emissions in existing buildings by 20% over 2007 levels. 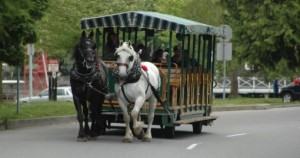 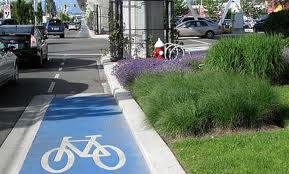 To be the greenest city, they need to make walking, cycling and transit the preferred transportation options. Their first 2020 target is to have over 50% of trips take place by walking, cycling and public transit. Their second is to reduce motor vehicle kilometres traveled per resident by 20% from 2007 levels. 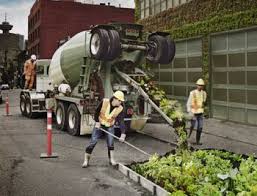 They already divert 55% of regional solid waste from disposal, but ultimately they need to create zero waste. By 2020 they aim to reduce solid waste going to the landfill or incinerator by 50% from 2008 levels. 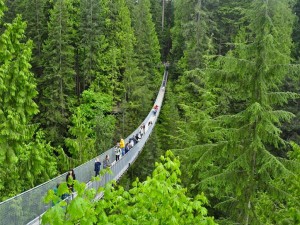 Their long-term vision is that Vancouver residents enjoy incomparable access to green spaces, including the world’s most spectacular urban forest. Their first 2020 target is to ensure that every person lives within a five-minute walk of a park, beach, greenway, or other natural space. Their second target is to plant 150 000 additional trees in the city between 2010 and 2020. Currently, Vancouver has more than 200 diverse parks, and an estimated 1.6 million trees.

If everyone on earth lived as Vancouverites do now, we’d need four planets to sustain us. Each of the greenest city goals will contribute to an overall shrinking footprint, moving us towards a level more in line with what we have: only one planet to live on. Their target for 2020 is to reduce Vancouver’s per capita ecological footprint by 33% over 2006 levels.

For Vancouverites to enjoy the best drinking water of any major city by 2020 they aim to always meet the strongest of British Columbian, Canadian, and international drinking water quality standards and guidelines. They also have a target to reduce per capita water consumption by 33% over 2006 levels. 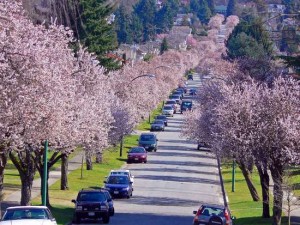 While Vancouver already enjoys relatively good air quality, their long-term goal is to have the cleanest air of any major city in the world. Their proposed 2020 target is to meet the most stringent of British Columbian, Canadian and international air quality standards and guidelines.

Vancouver has a growing appetite for farmer’s markets and community gardens. But to become a global leader in urban food systems, they’ll need to grow beyond this start. They have a 2020 target to increase city and neighbourhood food assets by a minimum of 50% over 2010 levels. That means increasing all residents’ access to food that is fresh and local, grown without harmful chemicals, and fairly produced and harvested.

In 2010, The city government invited people to a meet, where in they can discuss about how to make their city greenest by 2020.