You are here: Home \ Environment \ Going Green \ Resources \ The Greenest Countries of the World
Environment
0

The Greenest Countries of the World

Towards ‘Following Green Living’, a lot of countries have started to bring in various methods and technologies which can protect the environment. The basic idea is to ensure decrease in the emission of carbon, more and more use of renewable energy and promoting the use of green products. Every year, Environmental Performative Index (EPI) takes […]

Towards ‘Following Green Living’, a lot of countries have started to bring in various methods and technologies which can protect the environment. The basic idea is to ensure decrease in the emission of carbon, more and more use of renewable energy and promoting the use of green products. Every year, Environmental Performative Index (EPI) takes into account the performance of more than 163 countries and ranks them according to the work done in the country to promote green living. EPI takes into issues two areas: protection of human health from environment harm and protection of eco-systems.

According to the recently released list, this article will discuss the methods and practices of the top five ranking nations. The same projects can also be applied to other areas with similar environmental conditions and proper scientific guidelines.

At number five is Norway. Situated in Europe, its northern part is close to the melting arctic. The country has been very active in promoting various methods towards a greener earth, the most important being cycling and recycling. Cycling is extremely popular as a medium of travelling in Norway and thus prevents the pollution caused by vehicles. While recycling is a part of the life style there, the potential plans are ‘Trash to Cash’ and ‘Electric Vehicles’ which are gaining mass popularity there.

Leading Norway is Sweden, with its aim to phase out the use of fossil fuels completely by 2020. This means that they are aiming at a system which completely works on the renewable souces of energy. One of its cities, Malmo uses only bio-fuels, which in itself is a big achievement. The citizens here are aware of the methods of recycling and use them efficiently. The nation stands at the top among the green shoppers list and at the same time, the government is promoting research in green technology. 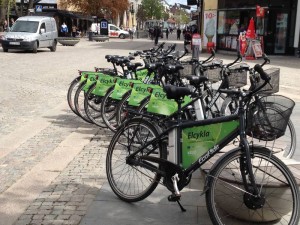 Cycling has replaced other means of transport in Sweden.

Prioritizing its rain forests and rich bio-diversity on the top, the country contains five percent of world’s total bio-diversity. Costa Rica has done a commendable job in promoting afforestation by planting more than 5 million trees in last few years. Promoting eco-tourism, the level of pollution is very minimal and use of renewable resources is promoted.

Leading Costa Rica is Switzerland at number two. The use of eco-friendly products and renewable enrgy has mingled in the life style of the citizens. Cycling is very common and use of cars to travel short distances is discouraged. The government has also made the Airline industry greener, which otherwise is an evil for the environment. Recycling is encouraged and the government is very active in keeping the eco-system clean and green. 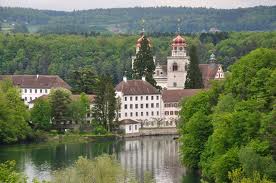 Rheinau (Switzerland) has its 54.8% area covered by forests.

The top spot in the greenest countries of the world is maintained by Iceland. Very low carbon emissions, proper use of natural resources and small scale but effective reforestation programmes have added to its greenery. A remarkable work is done in making the use of renewable sources of energy in the form of geothermal energy and hydrogen. The country also has the world’s greenest city, Reykjavik. The prospective for Iceland, lies in the hydrogen-run vehicles, which will boost its development as a completely energy efficient country.

Data of energy production in Iceland.

All these countries are trying to establish themselves as green and energy efficient. The contribution towards a ‘Greener Earth’ begins here. They have taken the initiative by considering themselves attached to the planet, and thus accepting their responsibility to save the world. These are some of the most common characteristics of the world’s greenest countries which can be adopted by others also.

These countries have tried and succeeded towards making their life style more eco-friendly. Similarly, We can, by our effort and innovation. The basic ideas of afforestation, cycling and recycling can be combined with new techniques of science and can be implemented. Every country has its own resources. There is a lot of potential for energy efficient and renewable resources of energy, which are eco-friendly at the same time. The need is to recognize it and bring it into the life style of the people as early as possible. This step requires the efforts of the citizens of the nation and an equally good response from the governmental and non-governmental authorities. A properly laid out plan and dedicated attempts will surely yield results and help towards a greener planet.