Summer is the warmest of the four temperature seasons, falling between spring and autumn. when earth revolves around sun the part of earth that is facing sun experiences summer when there is summer in northern hemisphere, southern hemisphere experiences winters and vice versa. According to meteorologists, summer extends for the whole months of June, July, […]

Summer is the warmest of the four temperature seasons, falling between spring and autumn. when earth revolves around sun the part of earth that is facing sun experiences summer when there is summer in northern hemisphere, southern hemisphere experiences winters and vice versa. According to meteorologists, summer extends for the whole months of June, July, and August in the northern hemisphere and the whole months of December, January, and February in the southern hemisphere. according to meteorological definitions, all seasons are arbitrarily set to start at the beginning of a calendar month and end at the end of a month. In summers the days are longest and the nights are shortest. as the winter approaches the day length starts decreasing and the nights become longer. 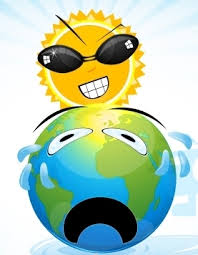 Usually school and universities have a summer break in summer season to take advantage of longer and warmer days. in almost all countries students enjoy summers because of summer break of two months although dates may vary. In the United States, public schools usually end in early June while colleges get out in early May. In India , school ends in may and resumes in early July. In England and Wales school ends in mid-July and resumes again in early September; in Scotland the summer holiday begins in late June and ends in mid- to late-August. In Pakistan school usually ends in early June and resumes in mid September.
In older times the heat used to be tolerable as the temperature fluctuated between 38-40 degree Celsius, but now the maximum temperature goes Up to 50 degrees. 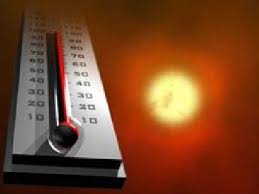 This is all because of green house effect which says the heat of the sun which entered the Earth gets entrapped inside only .The greenhouse effect refers to circumstances where the short wavelengths of visible light from the sun pass through a transparent medium and are absorbed, but the longer wavelengths of the infrared re-radiation from the heated objects are unable to pass through that medium. The trapping of the long wavelength radiation leads to more heating and a higher resultant temperature. Besides the heating of an automobile by sunlight through the windshield and the namesake example of heating the greenhouse by sunlight passing through sealed, transparent windows, the greenhouse effect has been widely used to describe the trapping of excess heat by the rising concentration of carbon dioxide in the atmosphere. The carbon dioxide strongly absorbs infrared and does not allow as much of it to escape into space. which in turn is increasing temperature of Earth and leading to more hot summers.

the sun rays falling on Earth were shielded by ozone layer surrounding the Earth atmosphere. ozone is continuously being produced and destroyed in a natural cycle which forms a shield around earth’s atmosphere and protects us from the harmful UV rays. but now this ozone layer is depleted and the UV rays are directly entering Earth’s atmosphere. this is being depleted due to CFC. A chlorofluorocarbon (CFC) is an organic compound that contains only carbon, chlorine, and fluorine, produced as a volatile derivative of methane , ethane and propane. CFC are widely being used in refrigerants, propellants..the use of which is causing ozone layer to deplete. and as ozone layer depletes it make UV rays to reach us which cause lots of skin diseases. all these factors are making summers more torturous. lots of diseases take birth in this season due to harmful sun rays and hot weather. almost every person is suffering from disease sun burn just because of harmful sun rays. dehydration is the most common disease in summers. sun sucks the energy from human body . Many CFC’s have been widely used as refrigerants, propellants used in aerosol applications, and solvents. CFC’s contribute to ozone depletion in the upper atmosphere are not sun rays they are UV rays as the ozone layer which shields our atmosphere from harmful UV rays is now being depleted due to the use of CFC. As ozone layer was shielding earth from harmful UV rays which are now being entered into earth atmosphere causing harm to life on earth. 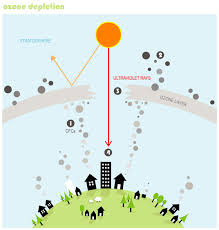 As summers are getting more and more torturous so they are becoming harmful to us day by day so we must take care of our health . these summers are affecting a lot to our health .during summers food poisoning becomes very common. Bacteria in food multiply faster in hot, humid weather. Most home kitchens aren’t designed for the safe handling of large quantities of food. Preparing and eating food outdoors – in the garden, when camping or at picnics and barbecues – can also be difficult, where refrigeration and places to wash hands are not readily available. Food poisoning can cause vomiting and diarrhea and may be quite serious for children, older people and people with conditions that weaken their immune systems. Prevent food poisoning from spoiling your summer fun. summers come with loads of skin problems. sun burn is very common now days.
Follow these simple steps to keep food fresh and safe this summer.
Always apply sunscreen: It is important to use a sunscreen lotion of at least SPF 30 in order to protect your skin from harmful UV rays which are entering Earth’s atmosphere due to ozone layer depletion. choose sunscreen according to your skin type. For sensitive skin, a mineral-based sunscreen is best. avoid to sit in sunshine for long hours especially during peak time. use a umbrella while going out in sunshine 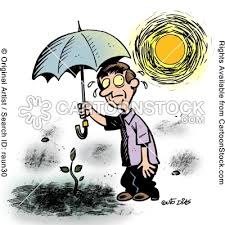 Drink plenty of water: During the hot summer months, heat and sweat can leave your body dehydrated. A lack of water is harmful to your body and can also make you crave food when you’re not actually hungry. It is incredibly important to keep yourself hydrated by drinking at least eight to nine glasses of water a day. if get bored of water add some low calorific flavoring to water such as piece of fruit or other healthy alternatives like ice tea
Exfoliate
Summer means an increase of dead skin cells so it is important to exfoliate your skin to keep it smooth and silky. You don’t need to buy any expensive products to achieve that summer glow; simply use a loafer for a light scrub or make your own exfoliation lotion using a handful of oatmeal, milk and yogurt. Icing is very good option for oily skin. keep cleaning your face time to time.

Keep up the exercise regime
Before you hide those running shoes in the wardrobe, remember summer exercise doesn’t have to stop because of the rising temperatures. Instead of working out outside, change your exercise plan and take it indoors. Join a gym, take up a step class, or get a group of friends around for an afternoon of exercise DVDs. yoga is very good option in fresh air. it warms up the body and makes feel fresh whole day 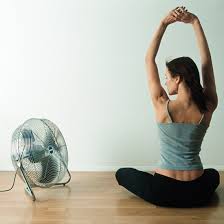 Get wet
Summer is the perfect time of year to get wet! Boring runs in the cold wintery weather can be swapped for a summer swim at your local pool or gym. Start by swimming for 10 minutes and increase the time over the following weeks by doing front crawl, breaststroke or backstroke to mix up your cardio workout. A 30 minute session of this full body workout will burn almost 400 calories! If swimming laps isn’t your thing, join a water aerobics class or create your own aerobic workout with jumping jacks, marching and jogging in water.

Olive oil
Olive oil is a healthy fat which contains essential fatty acids that help skin resist UV damage. These fatty acids are also part of the cell membranes that keep in all that moisture your body loses through heat and sweat during the summer. In order to protect your skin and keep it supple, consume about 1 tablespoon of olive oil daily or add it to a healthy salad or fish dish in order to get all those essential fatty acids.

Protect your glossy locks
Our hair suffers a lot during the summer. Constant heat, sun damage and chlorine takes a toll on our hair and can leave it feeling limp and dull after the holidays. If you’re planning on swimming a lot during the summer, it is advisable to use anti-chlorine shampoo and conditioner to help neutralize the chlorine from your hair. If possible, minimize the use of hairdryers, straighteners and other heating products. Towel dry your hair, apply a handful of mouse and revel in beachy summer waves.

Eat healthy
When the sun is beating down, the idea of seeking out the nearest ice cream stand is seriously tempting. Stay strong by being prepared, and pack a cooler full of healthy snacks and juices. Fill your ice-box with ice, bottled water, sandwiches, vegetable sticks with hummus, yoghurts and endless amounts of fruit. fruit like watermelon add up to water content of body. have lemon in more and more amount.

HAVE HAPPY AND HEALTHY SUMMERS!!!