You are here: Home \ Environment \ Man and Earth-Unearthed!!
Environment
0

We have had a desiccated June this year. The catastrophic threats of global warming and ecological imbalance are known to all!!! We never miss a chance of complaining against the pollution and other civic issues in our city but often tend to recognize the roots and the source of all this—we ourselves!!! Yes, we can […]

We have had a desiccated June this year. The catastrophic threats of global warming and ecological imbalance are known to all!!! We never miss a chance of complaining against the pollution and other civic issues in our city but often tend to recognize the roots and the source of all this—we ourselves!!! Yes, we can righteously define all these as man-made natural disasters! Climate is changing drastically imposing hazardous potential effects on everyone and each one of can credit this ‘feat’ to ourselves! There is only one Earth, folks! And as John Keats said, “The poetry of the earth is never dead.” 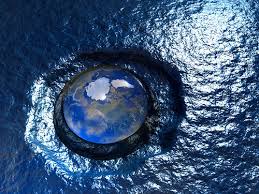 “Man must cease attributing his problems to his environment and learn again to exercise his will- his personal responsibility in the realm of faith and morals.” – Albert Schweitzer

“All around it is man’s government,
Nature having no acknowledgement,
Exploring and exploiting for our contentment,
We are degrading our environment!”

Formally, the mixture of biotic and abiotic substances around us is called environment! Trees, plants, wildlife, vegetation, atmosphere, climate, resources etc are all include in it.

But we human beings, due to qualities such as knowledge, intelligence, imagination and foresight ‘rule’ the environment. But directly or indirectly our rule is really very autocratic, absolute and ultimate. Gandhiji had rightly stated, “Earth has enough for everyone’s need but not for anyone’s greed!”

Today, in the 21st century, man has become more materialistic. Money has become the measure of man’s success. Man can exploit the world and its elements to all extents only for earning richer dividends. One of the greatest victims of this exploitation is our environment. Global warming, pollution, ecosystem degradation, natural resource depletion and waste generation are all such dreadful problems our environment is facing today. And indeed, its effects are back on the major causative agents-human beings. Earl Nightingale rightly said, “Our environment, the world in which we live and work, is a mirror of our attitudes and expectations.”

Earth receives a large amount of heat from the sun. Some of the absorbed heat is reflected back into the space. A large amount of CO2, CH4, water vapor, N2O, O3 are also present in air. These gases act like a glass and allow sun energy to reach the earth filtering dangerous radiations.They prevent reflections of heat back into space. Due to this, the temperature of earth increases and these gases keep the earth warm. This effect is called the ‘Green House Effect’. A disturbance or increase in any of these gases due to pollution and other factors cause warming of the atmosphere called ‘Global Warming.’ Yes, there is this science involved behind the very phenomenon of the much acclaimed and spread global warming and we do a lot on our part, knowingly or unknowingly, to contribute much to this so called natural disaster! As Margaret Mead puts in, “We don’t have a society if we destroy the environment!” Gregg Easterbrook consolidates the same by saying that runaway global warming looks all but unstoppable. Perhaps, that’s because we haven’t really tried to stop it! Republican Senator Kit Bond of Missouri emphasized that even mild restrictions on greenhouse gases could cripple our economy. Greenhouse gases are an air-pollution problem. Some of these problems once seemed scary and intractable, just as greenhouse gases seem today. Greenhouse gases, being global, are the largest air-pollution problem ever faced by mankind.

Climate cannot be engineered the way Lord does it! Though the Amazon rainforest may largely be a human artifact, journalist Mato Grosso reported the most rampant deforestation on Earth, with land being cleared in a mad frenzy to graze cattle and grow crops — principally soybeans in Amazon. Decreasing biological diversity tends to favor adaptive invasive species, like us and encroach or extinct upon the vulnerable ones! At some point in the near future, much of the Maldives Islands will slip beneath the sea. If you listen to climate scientists — and despite the relentless campaign to discredit their work, you should — it is long past time to do something about emissions of carbon dioxide and other greenhouse gases. If we go on with the business as usual, we would face a rise in global temperatures that will be nothing but very near to an apocalypse. And to avoid this apocalypse, we have to force away our economy from the use of fossil fuels, coal above all. Rightly said, “It’s time to decide what we value most.” Disappearing islands, thawing permafrost, melting polar ice is how the earth is changing. Climate change in the next century (and beyond) could be gigantically disruptive, spreading diseases and sparking off wars. 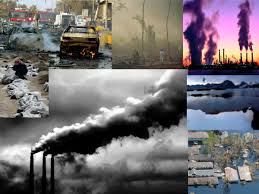 “What’s the use of a fine house if you haven’t got a tolerable planet to put it on?”
― Henry David Thoreau, Familiar Letters

Centuries of heedless gorging and historic wastefulness have left us with an intractable environmental problem: What to do with our trash? A vast portion of the Pacific, almost twice the size of Texas, is full of a plastic hash that is now invading the food chain. Scientists have proposed that these toxins are causing obesity, infertility, sterility and worse. Joseph Longo’s Plasma Converter turns trash into clean energy – and promises to make a relic of the landfill. Scientists at the International Soil Reference and Information Centre in the Netherlands estimate that humankind has disrupted more than 7.5 million square miles of land, an area which can be viewed as the combined size of the United States and Canada. We face these striking issues of waste generation, soil degradation, forest encroachment, contaminated water, air and soil and what not! Franklin Roosevelt rightly puts in, “A nation that destroys its soils destroys itself. Forests are the lungs of our land, purifying the air and giving fresh strength to our people. ” In India, the government policy says that we need a 33% of total land available in India needs to be under forest cover to maintain ecological balance. And years ago Gandhiji said, “What we are doing to the forests of the world is but a mirror reflection of what we are doing to ourselves and to one another.” 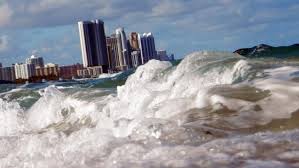 We can however begin only with a selfless will. “We need the tonic of wildness…At the same time that we are earnest to explore and learn all things, we require that all things be mysterious and unexplorable, that land and sea be indefinitely wild, unsurveyed and unfathomed by us because unfathomable. We can never have enough of nature.” – Henry David Thoreau, Walden: Or, Life in the Woods

Dealing with such issues leads to the acknowledging of many others like depletion of resources and pollution. In short, we need to first abide by the fact that we all are, in some little way or the other, harming and degrading Mother Earth and it is high time we persistently promote thought and action for the same. Lastly I would conclude by asserting that, “We need to protect environment from ourselves in order to protect ourselves from it!” 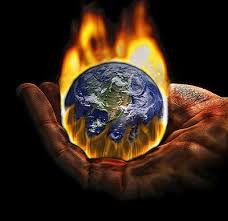