Everything towards which we turn our eyes is our beautiful Environment. It constitutes the vast and shining water bodies which teem with infinite variety of aquatic flora and fauna; the countless species of flora as well as fauna; the tall and majestic mountain ranges; the flowering and fruitful trees and shrubs; the fertile plains, the […] 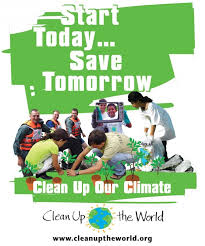 Everything towards which we turn our eyes is our beautiful Environment. It constitutes the vast and shining water bodies which teem with infinite variety of aquatic flora and fauna; the countless species of flora as well as fauna; the tall and majestic mountain ranges; the flowering and fruitful trees and shrubs; the fertile plains, the dry deserts, the coastal areas alluring with sun- sets and beaches; the wonderful, picturesque and panoramic beauty of grasslands. It is characterized by the fragrance of spring, the rustling leaves of autumn, the cool showers of the hot summers and the quiet and lonely winters.
Here are some fun-filled, crazy and head spinning environment facts-
1. There is constant amount of water on the Earth’s surface which is continuously recycled over time.
2. There are 1,00,000 trillion ants in the world which weigh the same as all humans.
3. Dolphins shed the top skin layer 12 times a day, that is every two hours.
4. Recycling a single glass bottle can be used to run a 100- watt light bulb for four hours. It leads to less water and air pollution by 50%.
5. Enough aluminum is thrown by the Americans which can rebuild a entire commercial airplane fleet every three months.
6. Only 25% is the population of developed countries which use about 80% of the global resources and amount to 75% of the global waste.
7. Every unplugged charger wastes 95% of its total energy doing nothing.
8. Consensus report that every year 27,000 species disappear from the face of the Blue Planet.
9. Since the last 14 years (2000) the world has witnessed over 2,500 natural disasters and 35 major conflicts.
10. Homemakers use 10 times more chemical pesticides in their lawns than farmers use in their farms.
11. Enough gold is mined from the earth’s surface to satisfy the needs and demands of the jewelry industry for the next 50 years.
12. Recycling paper reduces water wastage up to 80% and increases energy savings by 64%. Every ton of recycled paper gives life to 17 trees.
13. the 1% of untapped geothermal energy in Australia can provide enough energy to last 26,000 years.
14. One of every four mammals is at the risk of extinction and 78% of marine mammals are threatened by accidental deaths.
15. More solar energy falls on the earth on a single day than it to used to fall in a year.
16. By using the energy from renewable energy sources to cater our daily needs, 20,000 pounds of carbon dioxide, 70 pounds of sulphur dioxide and 50 pounds of nitrous oxide can be reduced each year.
17. More calories are burnt while sleeping than watching a TV.
18. Only 1% out of China’s total population of 560 million have the access to pure, clean and fresh air.
19. A small sum of one dollar can be used to sponsor a child in a developing country to have access to clean water.
20. Every 15 seconds a child dies of a water borne disease in the world, 4 in a minute and by the same time tomorrow 2,500 would be dead.
21. More people have a mobile phone than have a toilet in their house.
22. A single American having a shower for five minutes uses as much water a slum-dweller would use in an entire day.
23. Humans and Camels are the only living creatures having chins.
24. A Lion’s tongue is so rough that it could lick the skin off our body.
25. One special behavior common in both humans and Apes is the ability to recognize themselves in the mirror.
26. It takes a 16 year old tree to manufacture 600 grocery bags.
27. One hectare of grapes produces almost 40,000 glasses of wine.
28. There is no word in English that rhymes with orange.
29. Every part of the Maize plant is completely utilized- stalks are used in making paper and building materials. The cobs from the kernels are used to make charcoal and are used as a fuel.
30. Efficiency of waste collection in India is about 50% to 80%.
31. There are certain kind of trees that warn each other when they are under the attack of insects. They respond to this threat by secreting a special chemical that not only reduces the nutritional value of the leaves but also warn the other neighboring trees.
32. Chocolate was originally used as a beverage and the cocoa beans as money.
33. The Great Barrier Reef is the largest structure ever built by living things. It is longer and wider than the Great Wall of China.
34. Turtles can live even longer than humans.
35. Octopus are the smartest creatures on Earth and the only animal to have three hearts.
36. The Manchineel tree of the Caribbean and Gulf of Mexico is the world’s most dangerous tree as its sap can blind a person and cause blisters on the skin.
37. The ‘Big blue marble” is Earth’s nickname as from space Earth looks like a round marble.
38. Rainforests are cut down at an alarming rate such that every day the size of New York city is being lost.
39. Marina Trench near Guam Island is so deep that the world’s highest mountain Mount Everest can sink at that spot.
40. Whales in the Pacific have had a strange evolutionary journey. Their ancestors were land animals with legs but eventually came to live in the sea.

Our Environment is very rich and has given us bounties in plenty. We must learn to love and respect each and every element of nature because our survival solely depends on them. An imbalance in any way can bring alarming dangers in out life.