Mining is Money but Mining is Death

Mining is a continuous and ongoing process that has been happening since centuries. It involves the excavation of naturally occurring minerals and other materials, mainly non-renewable like gold, coal, limestone, petroleum (to name a few) from the depths of the earth. It is a vast industry that employs hundreds of people and is a major […] 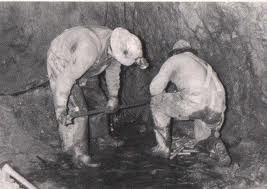 Mining is a continuous and ongoing process that has been happening since centuries. It involves the excavation of naturally occurring minerals and other materials, mainly non-renewable like gold, coal, limestone, petroleum (to name a few) from the depths of the earth. It is a vast industry that employs hundreds of people and is a major source of income for most countries. A country’s economy is vastly dependent on mining.

There are various types of mining that are practised all over the world. Open pit mining, underground mining, ISL mining, brine mining and sand mining are some of the most widespread types.

Mining is such an ancient practice that no one ever gives any thoughts to its effect on the earth and its environment. Mining is ruining our ecosystem in a slow and steady manner and if not monitored soon can cause irrefutable damage to our society and environment. The damages can be deadly and devastating for all life forms, including human beings. Here are some effects of mining on the environment- 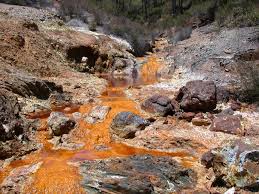 As discussed, these are some principle concerns that need to be addressed immediately to maintain and preserve our ecosystem. From water and air to land and noise pollution, mining really covers a wide array of environmental damage. If nothing is done soon, it poses an imminent threat to all life forms on earth. Luckily, countries are taking steps to reduce the pollution as much as possible.

Greenhouse gas and mercury emissions along with threat of radiation are some immediate dangers that need to be looked into. Some companies are undertaking land filling activities, popularly called mine reclamations that fill out the cavities formed in the land due to mining, restoring the land to its original state. But this is a fairly new thing and is not practised as abundantly as it should be. Another way to minimise environmental damage from mining is to minimise the use of minerals as much as possible. If that is not possible, another alternative is recycling. Use of recycled materials would inadvertently lead to less mining and thus lesser damage. If mining is not reduced in the next fifty years, human race may have to face extinction along with plant and animal life.

Mining should also be done under proper regulations and care. Companies should adhere to the government regulations properly for any mining activities that are taking place. Any waste product from mines should be disposed of properly and not dumped into rivers or lakes. Sludge filled lakes are a growing concern in many cities and towns across the world. Severe steps should be taken against illegal and improper mining activities. In the end, we have to remember something- mining does yield money but at what cost?