With 1.9 billion cell phone users worldwide (208 million alone in the U.S.), they have become a technological fixture and they’re not going away anytime soon. Bad! Excess of everything is awful. Scientists’ research has echoed about mobile phone usage leading to exposure of unhealthy levels of radiations. The scientists also envisage this planet being […]

With 1.9 billion cell phone users worldwide (208 million alone in the U.S.), they have become a technological fixture and they’re not going away anytime soon. 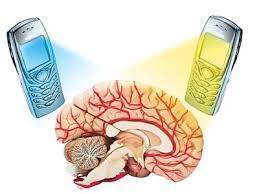 Bad! Excess of everything is awful. Scientists’ research has echoed about mobile phone usage leading to exposure of unhealthy levels of radiations. The scientists also envisage this planet being on the verge of a major health crisis and environmental catastrophe. These radiations have impacts like biological, on wildlife, on blood-brain barrier, cognitive, carcinogenic and further more.
What are Mobile phone radiations and how do these interrupt our well being?

The basic operation of mobile phones hinders the environment with the emission of inevitable electromagnetic radiations. Cell phones emit signals via radio waves, which are comprised of radio-frequency (RF) energy, a form of electromagnetic radiation in the microwave range. It is a topic triggering many minds about the harmful effects of such radiations. Studies show about the phone’s placement too close to the head thus numbing the brain-blood barrier and affecting the nervous system.
Though the list of mobile phones is the talk among the folks nowadays, the effect of mobile phones is a subject of recent studies and research.

A portion of radioactive radiations emitted by cell phones are absorbed by human bodies. The maximum power output from a mobile phone is managed and regulated by the mobile phone standards and regulatory agencies in each country. It is regulated to check the reception quality and signal strength and thus the power level is adjusted to accommodate different situations.
The rate at which energy is absorbed by human body for different phones is known as the Specific Absorption Rate (SAR) and its limits have been set by different governmental agencies for corresponding countries
These mobile radiations affect thermally. Most of the heating effect of using mobile phones occurs at the surface of the head, consequently leading to the rise in brain’s blood circulation and accordingly capable of disposing excess heat by increasing local blood flow. This affects the temperature regulated mechanisms of living bodies and cause disorders.
The brain is protected from taking in poisons or contaminants that get into the bloodstream due to a barrier appropriately known as the “blood-brain barrier.”
A scientist, namely Frey, found that the weak radio frequency signals penetrated and opened up this usually closed barrier and peeped in. These are the typical radiations emitted from mobile phones. His results faced negative remarks from many critiques, military and industrial powers and therefore, this battle has still not ended because people oppose the fact that mobile phones have biological impact of any kind.
There are reasons why people are concerned about the mobile phones having the capability to cause cancers and other health issues. Appropriately mobile phone radiations are known to be carcinogenic.

What do experts and expert organizations conclude?

Although there is no result concluding a relationship between mobile phone usage and cancer developing tumours, still there are studies carried out relatively on people suffering from cancer and the not ones. Thus experts classify mobile phones’ radioactive radiations as possibly carcinogenic to humans based on limited evidences from human studies.
“A recent study showed that when people used a cell phone for 50 minutes, brain tissues on the same side of the head as the phone’s antenna metabolized more glucose than did tissues on the opposite side of the brain.” Appalling reality it is!

A number of studies wrap up with a dreadful note of relationship between the mobile phone usage and reduced sperm count and sperm quality. This is devastating as it would lead to an end of the human race. ‘No sperms’ means ‘no future generation’.

Amid health issues and biological impact on humans and wildlife specially bees and sparrows, the Environment Ministry has issued an advisory asking the Department of Telecommunications not to permit new mobile towers within a one-km radius of the existing ones. Since the towers obstruct the flight path of the birds, the birds smash into the towers.

Few tips to protect oneself from dangerous cell phone radiations

Limit your time over phone calls– reduce cell phone use to the most necessary calls and thus try and avoid non prior calls. Even if the call is unavoidable, make yourself brief and speak to the point so as to make the call short enough. This saves you balance too.
Try and text technique– make yourself clear with texts and have a written conversation rather than a verbal one. This keeps it safer and you always have a proof of your conversation.
Use a loudspeaker or headset so as to keep the phone away from your head and let it not lower you intelligence.
Wait and welcome: try putting the phone next to your ear after the call gets connected since maximum numbers of radiations are emitted while connecting the call.
Rethink research and reassure: here the three R’s complement to try buying a mobile handset with low SAR. Protect yourself from EMFs – electromagnetic fields. You can do that by purchasing a scientifically validated EMF protection device. Doing so will strengthen your bio energy field and immune system against the harmful effects of EMFs.