Every living organism requires a continuous supply of energy to survive. This energy is derived from the food we eat. Just as humans, even insects and pests, which are unnecessary to us and at most times detrimental, require a constant source of energy to sustain themselves. These pests most commonly feed on crops that are […]

Every living organism requires a continuous supply of energy to survive. This energy is derived from the food we eat. Just as humans, even insects and pests, which are unnecessary to us and at most times detrimental, require a constant source of energy to sustain themselves. These pests most commonly feed on crops that are cultivated. They use up the nutrients and minerals from the soil thus depriving the plants of their required amount of vital nutrients ultimately thwarting their growth. They might also hollow out the seeds, making them unfit for consumption or further use as seeds for facilitating future cultivation. In the most adverse scenario, they can cause large scale infestation of crops and cause diseases making the entire yield unsuitable for consumption. Hence the primary concern for any farmer is to ensure his yield is free from any kind of infestation. The most obvious and by far the most common choice of technique to keep pests away, is by the use of pesticides as they are not only economical and readily available but also very quick in extirpating pests. 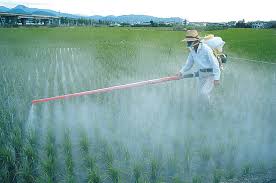 Pesticides are chemical compounds used to attract, destroy or ward off any pest. It is a broad term that includes several categories like herbicides, insecticides, insect growth regulator, nematicide, termiticide, among many. The term is so widely used that it has become synonymous with ‘plant protecting agent’ though that is far away from the truth. The broad definition of a pesticide is as follows; it is a chemical or biological agent (such as virus, bacterium, antimicrobial, or disinfectant) that deters, incapacitates, kills or discourages pests. Its target includes insects, plant pathogens, weeds, mammals, etc. The most commonly used pesticides are boric acid, borates, Baccilus thuringiensis (a live organism that kills certain insects), carbaryl and triclopyr.

The identification of pests as detrimental to plants’ growth was recognized long back and pesticides have been used from time immemorial to keep them at bay. The ancient Sumerians used elemental sulfur to protect their crops from insects. Medieval farmers experimented with a wide array of chemicals ranging from arsenic to lead on crops. The nineteenth century research focused on natural techniques like extracting compounds from the roots of tropical vegetables and chrysanthemums. The consolidation of farms and rapid industrialization kicked off an era of heavy pesticide use. In 2007, the world used approximately 5.2 billion pounds of pesticides. There are over 350,000 pesticide currently registered. 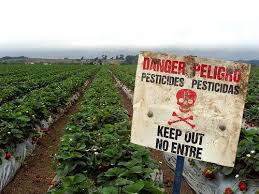 Pesticides bear several indirect benefits. They increase food production by minimizing wastage. They decrease the cost of food by keeping pace with the demand. Produce treated with pesticides aesthetically appeals to the consumers by possessing high quality and being free from insect blemishes. However certain pesticides can have a deleterious impact on human health due the presence of toxic compounds which have been used preemptively before proper research was conducted on them. In dire situations they can prove to be fatal.

Pesticides are designed to kill and because their mode of operation in not specific, they can kill a wide range of organisms along with pests, sometimes even humans. The number of cases of disease contraction, due to pesticides, which are reported to The World Health Organization is rapidly increasing. Especially young and developing organism, including children are the most vulnerable. Even low levels of exposure can cause congenital deformities and have adverse effects. Pesticide exposure can cause memory loss, loss of coordination, reduced visibility, altered and unbridled mood changes. They can also cause respiratory diseases like asthma, allergies, hypersensitivity. Certain pesticides also cause cancer, infertility, hormone disruption and hinder fetal development. 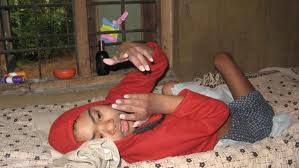 Over 95% of pesticides reach a destination other than their target destination. Runoff can carry pesticides into aquatic environments while the wind can transmit it through air to grazing areas or other fields potentially affecting other species.  Over time they accumulate in water systems, and the land, gradually increasing their concentration to a level that can prove to be fatal. Pesticides lead to the loss of biodiversity and eliminate key species, like bees. They also contaminate the soil and fester the soil quality. Several organisms like earthworms and certain useful insects, commonly called the farmers friends as they aid in the growth of plants by aerating the soil, are severely affected by the increased use of pesticides. Another major, recently developed problem plaguing agriculture is pesticide resistance. As more and more pesticides are being used. The pests develop resistance towards these chemicals and continue to thrive despite their usage.

DDT is a pesticide that was synthesized in 1874 and was immediately recognized as an effective insecticide. Though it was initially used to treat malaria, its use in agriculture dramatically increased in the 1900’s. However, later toxicity tests made the fact about DDT’s high toxicity, evident. Its use was curtailed after people began reporting increased cases of respiratory diseases and congenital abnormalities. 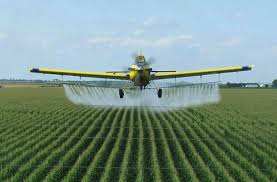 The need of the hour is developing alternate methods to ward off pests without affecting the environment or its components. Integrated pest management is one valuable alternative. It involves the incorporation of a combination of pest resistant crop varieties, mechanical pest traps, and pest nest elimination by plowing under harvests crops. Crop rotation is a widely practiced technique which involves planting different crops each season to replenish the nutrients stripped by a particular crop. But this technique does not completely preclude the use of pesticides. Another major technique making leaps in this arena is genetic engineering. Engineers are working on modifying the DNA sequencing of plants, and incorporating desirable characteristics like pest resistance and improved quality or taste. Organic farming is another trend currently at rage. It uses biomass and compost as manure. But, pests are not completely avoided in this method of farming. 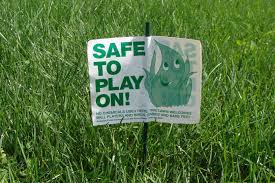 Recently, scientists in Northern Italy have invented an environmental friendly technique to fight off- insects. And practical tests have showed this method to be effective. Semi-natural habitat close to cultivated fields have been found to be a necessary habitat for pollinators. By distributing the mating process of pests, the amount of pesticide needed has shown to be significantly less. The use of odor and pheromones will in future help to prevent off springs of the pests and this could reduce the use of pesticides to near zero. Scientists are currently studying how the land next to the cultivated fields- known as semi-natural habitat, can help maximize harvest. They are also studying how natural pollinators can be used to contribute to higher yield quality. Scientists are hoping this would open a new chapter in sustainable farming. The ultimate aim is to adapt eco-friendly methods that boost harvest level.