Going by the layman’s definition, green technology is technology that applies scientific knowledge to the production, maintenance and development of products and services that benefit the environment or do not harm it in any way (the much harped-on definition from our school days!). To be classified as a green technology the product or service must satisfy or meet the following goals-

The problem of air pollution has been a menace ever since the days of the Industrial Revolution. In recent times, due to indiscriminate expansion of cities and industries, air pollution is no longer restricted by any boundary. And this problem is more acute in countries that have an enormous population and, at the same time, are trying to reach the pinnacle of development. The best example in this regard is that of China- the nation with the maximum population.

Images captured by satellites of NASA have shown that a large part of the country has a significant smog cover. The images, captured by NASA’s Terra satellite, is a part of the Earth Observing System (EOS) that has been tasked with climate monitoring and research. The Air Quality Index in Beijing is said to constantly hover around the mid 400s, often reaching 480s during winters. For a reference, an Air Quality Index of 100 is considered unhealthy and anything over 300 is considered lethally hazardous. No prizes for guessing the danger the Chinese people are exposing themselves to!

A report published by the World Health Organisation has cooked up nationwide concern and consternation. It states that, “exposure to ambient fine particles was recently estimated to have contributed 3.2 million premature deaths worldwide in 2010, due largely to cardiovascular disease, and 223,000 deaths from lung cancer.” Thus, with the rate at which China is growing and expanding its industries, what can possibly offer a way out from imminent destruction of its habitable environment? 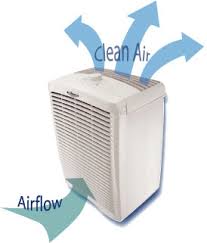 Using advanced air purifiers to deal with the problem has its advantage as well as drawback- it limits exposure to pollutants while at home, but draws a good deal of power for its operation which, at the end of the day, defeats the purpose of its usage! Conventional air purifiers are known to produce ozone as a by-product of its operation.

Researchers at Shanghai Jiao Tong University have recently announced the innovation of an air purifier that limits pollution without any side/adverse effects. Conventional air purifiers use absorption techniques and filters, but the device being researched on removes air impurities using physical and chemical methods. The new air purifier is even capable of filtering smaller particles, known as PM2.5; this is extremely crucial as such particulate matter can penetrate deep into the lungs. 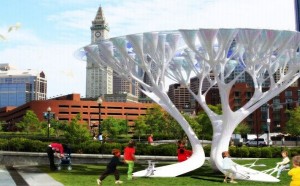 The fact that every person is striving to make the air cleaner has a very comforting feeling to it, but it cannot take care of a much bigger problem- the air quality outside! The polluted air inside homes require being replaced almost every two hours: in the future are we supposed to stay at home with the air purifier running round the clock? 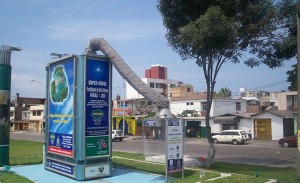 Enter Peruvian Super Tree for the rescue! This instrument, manufactured by Tierra Nuestra, uses a water filtration system to remove carbon dioxide and bacteria from the air. The Super Tree, based in Lima, can purify up to 200,000 cubic meters of air per day. This is the work that six trees can perform and, requiring an initial investment $100,000, it strikes one as downright cost inefficient compared to just, well, planting trees. But the aforementioned figure is only for the test device (in Lima); who’s to say that with further innovation and time, this device can’t touch new heights of efficiency? And with deforestation taking turns for the worse, it may well be that installing outdoor filtration systems like this is the only way to keep cities pollution free. 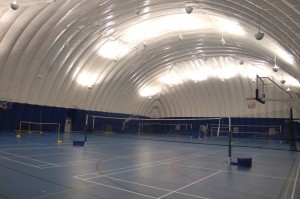 A school in Beijing has taken up the cudgels and taken a leap forward with an inflatable airtight dome that it has used to cover the sports field. The Sports Dome, at Dulwich College Beijing covers around four badminton courts and enables students to carry on playing sports without having to bear the brunt of the city’s pollution. People might argue that Dulwich College being an elite fee-paying international school, it was able to afford such a ‘luxury’; but with pollution affecting so much of the city other schools are highly likely to follow suit and turn ‘luxury’ into necessity.

Gerrick Monroe, the school’s operations director, told the BBC that the dome was bought after one pollution spell kept children indoors for a 20-day period. Knowing fully well that air quality is one of the foremost things likely to be on the minds of parents, the building of the dome was a necessary step.

Like any advancement, the dome has given rise to the debate whether being inside it qualifies as being outdoors or being in a ‘healthy atmosphere’; however, it does enable students to use outdoor facilities during times of excess pollution and during the freezing winter months. “This is one of the selling points” says Monroe “we take indoor air quality very seriously here.”

In the words of Chinese President, Xi Jinping, whose administration has vowed to curb pollution, said, “We will attach greater importance to addressing problems resulting from environmental pollution, and strike a proper balance between optimizing economic structure, boosting development that is driven by science and technological innovation, and conserving resources and protecting the environment”.