You are here: Home \ Environment \ Raise your voice against the rising sea level
Environment
0

Raise your voice against the rising sea level

This year’s world environment day’s theme of United Nation’s Environment Program (UNEP) focuses on raising our voice against the rising sea level. However, is it not funny how throughout the year we tend to ignore all the environmental issues and take the environment for granted. But then on 5th of June, our conscience is suddenly […]

This year’s world environment day’s theme of United Nation’s Environment Program (UNEP) focuses on raising our voice against the rising sea level. However, is it not funny how throughout the year we tend to ignore all the environmental issues and take the environment for granted. But then on 5th of June, our conscience is suddenly pricked and we become unbelievably sensitive towards the nature and make empty promises only to break them later. So folks, let this year and the years to follow be different, let us actually become sensitive towards the nature, let us start working not for the sake of the environment but for the sake of making our lives on earth better. Let us raise our voice on this year’s theme and help in preventing the sea level to rise. 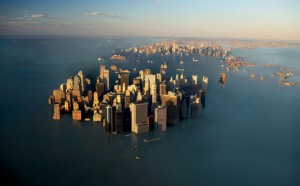 Research shows that while there was little change in the see level from AD 0 to 1900, it has risen significantly in the 20th century. Records show that the sea level has risen from 0.04 to 0.1 inch each year since the year 1900. This is significantly larger than the sea level rise in the several thousand years in the past. The evidence is strong that the sea level will continue to rise with the same speed(even greater) in this century at least. With such speed it is not very far in the future when the water will literally go above our heads, as said in popular Hindi idiom. 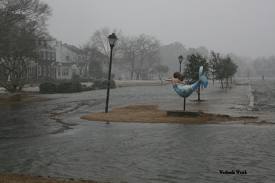 To help reduce the sea level, it is very important for us to understand why the sea is rising. We all must have read or heard of global warming and how terribly is it the reason for the warming up of earth. You know global warming is also the reason of melting of snow at the poles. This melted snow becomes water and is increasing the sea level. This is dangerous because the ice present at the poles is huge in quantity, more than we can imagine. And once melted, this will increase the sea level to such height that a lot of land area on which people live right now will get submerged in the sea. Another harm of global warming is that warmer atmosphere causes water expansion and even our current quantity of water on the earth is occupying more space than it should thus again giving a push to the sea level. It is a serious threat to the lives and livelihood of many people. This will also create a major problem in the entire world for accommodation of those people who would be displaced due to the submerging of living area. People living on the coastal area would obviously be the worst position because they not only live near the sea but also depend on it for their source of living. Majority of people living in the coastal region are involved in occupation related to sea like fishing, salt production etc. But we with our little efforts can prevent such a disaster from happening. We just have to make certain minor changes in our lives and we will become contributors to this great cause.

We just have to reduce global warming and trust me it is not that difficult. We know that burning of fossil fuels is one of the major reasons of global warming. This is because fossil fuels on burning produce greenhouse gasses that increase global warming. So, reducing its usage will automatically reduce its burning. Now consider the places where we use fossil fuels in our lives, we use petrol and diesel as fuels in vehicles, we use LPG cylinders for cooking food etc. Now efficient use of fuels in these places will obviously do great good. Also get your car tires constantly inflated and in check. This will reduce the fuel car uses. Drive slowly and keep your engine properly tuned. Rash driving results in more fuel consumption. Other reason of global warming is the reckless deforestation across the world. This is mainly because we know trees produce oxygen and take in carbon dioxide which is a major greenhouse gas. So friends, plant more trees and let your home be decorated and surrounded by many green plants and trees. This will not only reduce global warming but also keep your air around you cleaner and you happier! Also reducing the consumption of energy in the form of electricity indirectly helps in curbing the global warming. Switch off the light when not required. Use less of gadgets that require huge quantity of energy to run. Reduce the use of appliances such as air conditioner, microwaves, washing machines, heaters, water heaters etc. If everyone fulfills their own little responsibilities, the problem automatically will reduce many folds. 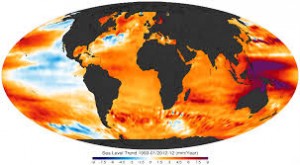 The world environment day is held each year on June 5. It is of principle significance as on this day UN stimulates worldwide awareness of the environment and enhances political awareness and action. However, let not this action be confined to a single day. The more aware you are the better it is. So don’t keep these tips to yourself and tell as many people as you can about global warming and the rising sea level. We as the youth of the country bear the onus on ourselves to save this planet and make our lives better.