You are here: Home \ Environment \ Going Green \ If Trees were Humans?
Environment
0

If Trees were Humans?

Every person who has studied anything or not, knows the importance of trees and saving trees or protecting environment. They know the necessity of it, and they also know that without trees, there is no life on this planet.
Needless to say, the world would not have been traumatized by all the wars including World War I and II if trees were humans. Trees by now would have formed a country, say ‘United Trees or UT’ and possibly be superior than USA, Russia, China and Japan combined. UT would have most of the export and a very little of import. Their economy must be booming where as other countries would have been suffering because of inflation and a lot of imports. Possibly, a day might arrive when there won’t be any rain, and which could have resulted to the lack of supply and exports then what? There would possibly be lack of resources, prices going up and recession around the world. 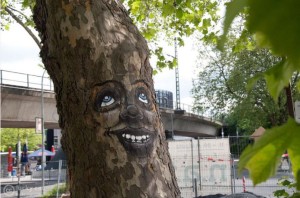 I’m actually wondering if all these cases were rather true and in reality then our mighty superpower USA would have done democratic dance in the UN and would have turned the members of UN against ‘United Trees’ and possibly have declared war against them and that would be the only time when USA and Russia would join hands. I will hope for the time when USA would liberate UT’s citizens from the dictatorship, killing almost half of the trees, destroying everything but no, they would have liberated the country. Moreover, if Russia would have ‘dips’ then possibly they would place their troops right at the border waiting for some of the citizens or a part of the country to join hands with them. 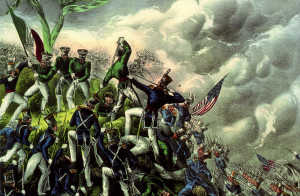 People actually know the importance of trees but don’t feel or realize anything. If you had asked any person 20 years back and would have discussed them about the possible finishing of petroleum products, petrol and diesel, they possibly had a straight away laugh at your face but if you ask them now, with the increase in prices, now every other person knows the importance of these products. I soon see a world when people will finally realize the importance of trees which is totally absent in the current world and I see the tension building up, the panting people when there would be lack of oxygen, the sweat at everyone’s face. A day will come not now, not 100 years after, but may be later, when the Human Beings will evolve to be adjusted to the scenario of living in the world with few trees, a little greenery and almost zero forests.

There is an online meme usually found on any random page about the link of trees and Wi-Fi. Yes, it depicts that if the trees would have been giving Wi-Fi signals, then the world possibly be a better place, a much greener place with more satisfied people. 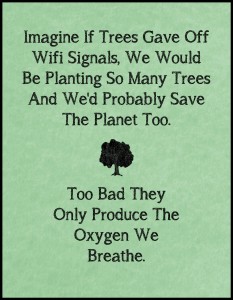 People should now realize that it is a high time to know the importance of trees and greenery, to know about sustainable development, to practise it efficiently else I fear a day will come when the sex ratio will be more than the tree ratio.