You are here: Home \ Environment \ Health \ How Un-Coal is it?
Environment
0

If India’s forests, mineral-bearing areas, regions of tribal habitation and water sources are all mapped together, a startling fact emerges – the country’s major mineral reserves lie under its richest forests and in the watersheds of its key rivers. These lands are also the homes of India’s poorest people, its tribals. In the name of […]

If India’s forests, mineral-bearing areas, regions of tribal habitation and water sources are all mapped together, a startling fact emerges – the country’s major mineral reserves lie under its richest forests and in the watersheds of its key rivers. These lands are also the homes of India’s poorest people, its tribals. In the name of development, it is these unemployed and poverty-stricken tribal populations that are displaced, stripped off their livelihood sources and sometimes just made mere spectators of “development” around them without getting any benefits from it. These projects are just hard-selling dreams – of development, employment and growth. One industry marred with such false promises is the power sector…

This is where ‘coal’ features in the picture, the most dominant energy source in India’s energy scenario. The total installed electricity generation capacity in India as on 31st September 2013 was 228.7 Gigawatts (GW). Out of this total capacity, 58.75% is coal-powered and 8.91% gas-powered, taking the total thermal capacity to 155.9 GW.

Despite this huge capacity, the sector fails to meet the country’s ever growing energy demand. Critics blame the Ministry of Environment and Forests (MoEF) for delays caused by environment and forest clearance procedures. However Centre for Science and Education has analyzed data to clearly show that environmental clearance is not an obstacle to power infrastructure. In fact, the pace and scale of clearances given to power plants are a jeopardy for the environment.

What is shocking is that not a single thermal power plant has been denied clearance by the MoEF from 2006 to July 2010!  In the five years preceding August 2011, 267 thermal power plants (coal and gas-based power plants) adding a total of 0.21 million MW were accorded environmental clearances—capable of more than doubling the current capacity. 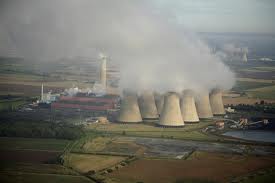 Besides, there are a number of proposed ultra mega power plants (each with a capacity of 4000 MW or above) in pipeline which represent a massive overcapacity in the making. Thus, valuable and scarce natural resources of land, water, gas and coal will be allocated to projects that are not required.

Crucially, land for such thermal power plants is acquired compulsorily by governments by using the Land Acquisition Act (LAA), which allows forcible acquisition for a public purpose. Given that the thermal capacity in pipeline is far in excess of that required, it is clear that many of these plants will not serve a public purpose. Hence, the use of the LAA to acquire land for such thermal power plants cannot be justified as it creates significant externalities in the form of displacement of communities, ecological disruption, and destruction of bio-diversity. Also, even if market processes reject the inefficient and excess plants and thus strike a balance between the demand and supply, this process will be littered with many incomplete projects which would have displaced people, impacted the environment and locked up huge amounts of financial resources. The large parts of the costs will be borne by the common people, the country and the environment.

Direct cost increase associated with power generation comes from coal which is the essential fuel for all these power plants and even though India is said to have abundant coal, the country has not been able to achieve the required production from these reserves (as Indian coal is of poor quality), and a steep rise in imports is forecast for the end of the 12th Plan. Partly as a result of this, coal allocations being made to various coal plants are in the nature of spreading thin this resource. That is, large numbers of power plants are not getting enough coal for their full requirement. Therefore, there is uncertainty for individual plants and not an optimum allocation of resources.

Supply issues comprise one part of the energy conundrum. The cost of energy is another part. Costs have escalated tremendously in the recent past as majority of the coal is imported and this has shot up the costs of running these thermal power plants. For instance, Tata Power Company’s ultra-mega thermal power plant at Mundra in Gujarat was cited as a circuit breaker. This 4,000 MW plant, based on imported coal, would have supplied at Rs 2.26 per unit for the next 25 years. The economics worked till coal prices were in the range of US $30-40 per tonne but as coal costs surged to US $110-120 per tonne in 2013, it upset the imported coal applecart. Reliance Power’s 4,000 MW Krishnapatnam project and JSW Energy’s 2,000 MW expansion plan for Ratnagiri plant is reportedly on hold for the same reason. 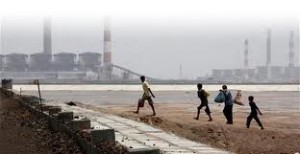 The power sector is thus choking under its own sector-specific complications and whoever forms the new government must realize that development at the cost of the environment will do more harm than good in the coming years. The Ministry of Power too has failed to realize that the electricity demand cannot alone be met by thermal power plants that are themselves reeling under coal scarcity and has in fact proposed generation of additional 76,000 MW in the 12th Five-Year Plan even though the capacity of the thermal projects already given environmental clearance adds up to almost twice this target. Current Power Minister Veerappa Moily, who was also given charge of the MoEF, has also gone ahead and given multiple clearances to power plants and other projects that will degrade the environment.

We can no longer think of coal or gas based electricity generation alone under the gambit of “power”. We must broaden our minds and be willing to change with the modern times.

We need big ideas for the future. We need to understand how to reduce losses in distribution. We know Indians are prudent (not wasteful) because energy price is high and more importantly, supply is unreliable. Along with this there are huge leakages—estimated at 25 per cent by the Central Electricity Authority. This needs to be fixed. For this, we need to decentralize energy generation so that distribution costs are brought down and transmission losses are curtailed. Thus, we need to look at the massive opportunity provided by renewable energy, particularly solar. Government must realise that we need to integrate environment protection and sustainable development with macroeconomic policies. Failing to do this will aggravate climate change, poverty, inequality and many more market crisis. But before that we must understand that new energy sources like solar will work only if we figure out a new business model for generation and supply—and not look for solar to work within the current leaking and non-remunerative gridsystem. 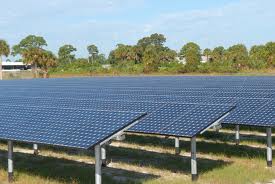 It is important to know that solar energy costs are decreasing —the latest bids for projects put the price at Rs 7 per unit. This is still more than the price of coal- or gas- based power. But while costs of coal and gas will only go up, solar can and will come down. The process can be sped up only if the government provides adequate investment incentives to set up large solar energy parks which can cut down costs with economies of scale, just like the large scale coal-based power plants. Hence energy supply could be decentralised because demand is also decentralised. There could be a revolution in the making. But only if we see the light at the end of the tunnel.