You are here: Home \ Environment \ Going Green \ Could Veganism be the New Ism?
Environment
0

Could Veganism be the New Ism?

To begin with, here are two particular words of great importance and I take upon myself the job of bifurcating the two in the simplest fashion possible in order to uphold the essence of each term in a way it is originally meant to be understood. Ism is a word used in English language to […]

To begin with, here are two particular words of great importance and I take upon myself the job of bifurcating the two in the simplest fashion possible in order to uphold the essence of each term in a way it is originally meant to be understood. Ism is a word used in English language to define an ideology pertaining to any subject of social interest. And veganism is a term that is currently gaining popularity not by virtue of it claiming to be the new ism but because of the logicality and prudence it involves. The accepted norm of not using products that are derived from animals is what veganism stands for and anybody following such a lifestyle is a vegan.

It is only natural for people to immediately establish a link between veganism and vegetarianism and though it is a perfectly sane assumption, the term vegan actually has a broader application than what is commonly evaluated of the word. Now, there are traditional vegetarians all over the world. People who habitually refrain from the intake of animal products due to variety of reasons such as culture, tradition, religion, preference, beliefs, ethics etc. are the ones who are the definite examples of vegetarian. However, when it comes to a vegan, the limitation of refraining from the use of various animal products is not restricted to animal food products only and extends to all kinds of products derived from animals, like silk, cashmere, fur, leather etc. The ones who follow a vegetarian diet and do not consume food items that are derived from animals are called dietary vegans and the ones who desist from using any form of animal products are called ethical vegans.

The case of dietary vegans or the proper vegetarians is presumably the result of prolonged dietary habits imposed or embraced since childhood by virtue of their customs or their individual preferences of taste. This definitely falls under the broad definition of veganism but it is essentially ethical vegans that are the subject of our primary concern; the people who have switched to dietary veganism out of concern for the kind of treatment meted out to animals in their journey from farms to the stores. As it is not the practice but the logic behind it that deems veganism one of the prudent decisions that should be embraced by the human society.

There have been studies conducted to trace the health benefits of vegan diet against the non-veg food habit. Some of them have explicitly ruled out the non-vegetarian category citing various health conditions that arise out of the intake of animal products. For example, excessive intake of meat can result in circulatory problems and cancer. There are chances that meat may contain concentrated amount of different toxic elements like heavy metals, drugs, pesticides, saturated fat, cholesterol etc. Even the kidneys do not respond well to excessive proteins. The complete exclusion of animal products may not be a preferable suggestion here as the combination of fruits, vegetables and animal products is what assures you a balanced diet. But here, it is essential to bring in the case of animals that are the source of the varieties of animal products available in the market and it is in view of their condition that the prospect of an ideal balanced diet is to be reviewed.

The stories of animal torture and the violation of animal rights have become too common a topic for many of us to take serious note of, honestly. It is like the litany of global warming that is everywhere and sometimes it is our established familiarity with certain existing conditions that automatically grants us the privilege of taking it for granted. Something similar has happened with the case of animal rights or the absence of it. For one thing you can just go watch the video, Farm to Fridge, it is available all over the internet and you will also find a Youtube link to the video at the end of this article. I cannot even promise you if I will be able to go into the horrid details of the kind of torture the dumb innocent beings are subjected to. At times you wonder if there should be any pride whatsoever in us being granted the feature of rationality as human beings, cause our actions somehow do not justify it. I will just give you a vague idea about the kind of picture you are painting every time you decide on reaching out for an animal product. 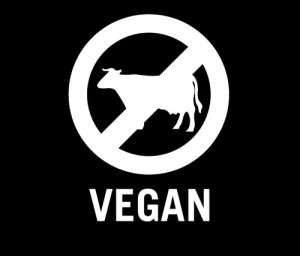 There are numerous cases of animal cruelty where the cows, pigs, hens, goats are slaughtered mercilessly, with their throats slit or butchered in a machine while they are still alive and very much conscious. The place allowed to them before their killing and throughout their lives is barely sufficient for them to stand or lie down without hurting the other animals and they develop various infections and injure themselves in the process. Male chicks do not lay eggs and this inherent shortcoming subjects them to death hours after being hatched or they are just grained in a machine. The animals are suffocated, beaten, tortured and abused in all forms that may be humanly possible. How definitive is the reality of our progress in terms of human civilization?

This is the primary reason that veganism is now the new ism for the logical and rational members of our society. Because there happens to be no other way to do it right. But on your way to show mercy and compassion for the helpless creatures, you do not necessarily need to sacrifice on taste and health. With the varieties in vegetables available in the market and the innovation in vegetarian products, the chances of you running out of option are pretty bleak. The health benefits awarded to vegan diets are more than worthy of leaving behind animal products as the vegetarian diet assures you a superior health with a beneficial lifestyle. They are rich in fibre, folate, carbohydrate, magnesium, potassium, have reduced saturated fat and save many innocent lives at your disposal. So go ahead and embrace the virtues of nonviolence with veganism!