Air Pollution: The Air We Breathe.

Air Pollution: The Air we breathe.   We all wonder what air pollution is? We breathe every day and we do not see any change or damage being caused. This is because the effects of air pollution are slow but fatal. Air pollution is the introduction of chemicals, particulates, biological materials, or other harmful materials […]

Air Pollution: The Air we breathe. 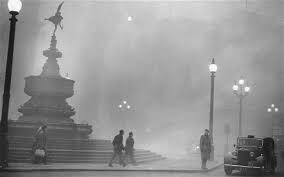 We all wonder what air pollution is? We breathe every day and we do not see any change or damage being caused. This is because the effects of air pollution are slow but fatal. Air pollution is the introduction of chemicals, particulates, biological materials, or other harmful materials into the Earth’s atmosphere, possibly causing disease, death to humans, damage to other living organisms such as food crops, or the natural or built environment.

The atmosphere is made up of several layers of gaseous compounds. This gaseous system that we are surrounded around with is the support of our life system. The biggest problem and threat that air pollution is causing is the depletion of the stratospheric ozone layer, which cause the harmful rays of the sun to directly enter into the lower levels of the earth.

According to 2008 Blacksmith Institute World’s Worst Polluted Places report: “Indoor air pollution (tackled by Airlog) and urban air quality are listed as two of the world’s worst toxic pollution problems. Air pollution results in the death of about 7 million people annually according to a WHO report.

Air pollution occurs through various mediums, mainly emissions from industrial units and burning of coal and natural gases. Let us look into the sources and causes of air pollution, some of which are our own effort.

o   Anthropogenic (man-made) sources: Man made sources are mainly through the burning of various fuels.

o   Natural Sources: Man alone is not responsible for air pollution though he majorly is; there are certain natural sources also that affect the quality of air.

These natural and man-made factors are a reason for a lot of growing diseases and health problems.

The WHO report as earlier stated has declared that about 7 million lives are lost due to air pollution. This shows that mortality rate of people has decreased. Air pollution reduces life expectancy by about 9 months. The major diseases that one is affected with are: lung diseases, COPD, heart diseases, asthma and lung cancer.

Air pollution is also emerging as a risk factor for stroke, particularly in developing countries where pollutant levels are highest.  A 2007 study found that in women air pollution is associated not with hemorrhagic but with ischemic stroke.[30] Air pollution was also found to be associated with increased incidence and mortality from coronary stroke in a cohort study in 2011.  Associations are believed to be causal and effects may be mediated by vasoconstriction, low-grade inflammation or autonomic nervous system imbalance or other mechanisms.

This is one of the main diseases that has taken a toll on human health with increase in the level of atmospheric pollution. Lung cancer Is one of the major causes of death. Air Pollution also showed traces of linkage with cervical cancer and brain cancer.

We don’t have a lot of options left. With the decreasing level of ozone layer and the ever rising temperatures further increasing the risk of life, we need to take control measures and we need to take them fast. Some of the most immediate steps we can take are using fuel efficient vehicles, walking short distances rather than taking our vehicles and planting of trees around the area. This is very important because trees take in the excess CO2 and other harmful gases and gives out oxygen which cools the surface of the earth. Using CNG vehicles is also another option. Regulations have been set for industries but we must set some regulation for ourselves. Follow green living or we may just be the last generation on the earth.