Aloe Vera is a plant species that has explicit uses around the world and has been used for a number of  purposes. It is also a herbal medicine that has been used ever since the first century. It has been used in a number of medicinal as well as cosmetic products and popularly used by people of different ages.

This plant is physically short stemmed and a succulent plant species. It has leaves that are made up of several phytochemicals which are namely anthrones, anthraquinones,polymannan and also acetylated mannans. It is generally referred to as a first aid plant due to its exceptional medicinal and soothing properties. This plant is also called as a ‘plant of immortality’ and has been eminent for its healing features. It is a nontoxic plant that has the capability of storing a lot of water in its leaves in a gel form and has spear like spikes that protrude outwards, protected by several serrated edges.

The nutritional benefits:
This succulent specie plant has numerous nutrients like vitamin B12, B6, B2, B1 and A. It also possesses 18 amino acids, 75 nutrients, 20 minerals, 12 vitamins and 200 other active enzymes and is a tremendously miraculous plant with several healing properties. 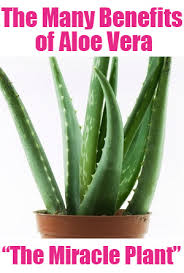 The various uses of aloe Vera are cataloged below:
1) For soft and beautiful skin:

The gel of aloe Vera leaves are said to be very useful for dry type of skins. It also serves as a  natural moisturizer for dry skin. It doesn’t give a greasy or oily look; instead, makes it naturally moisturized. It also helps in maintaining the pH balance of the skin and also improves the elasticity . In fact it oxygenates the skin and provides it with sufficient hydration to prevent any further drying. These phenomenal properties have made it enormously popular in cosmetic products.

Alopecia is one such problem where the person loses hair due to a common syndrome which is baldness. This can happen all over the head or only at certain parts of the scalp. When aloe Vera is used, the plant nutrient rejuvenates the hair follicles and help in the healthy growth of hair to prevent baldness. This prevents further loss of hair and keeps it growing naturally. Also, it is best suitable for all kinds of hair and does not make the hair brittle on excessive usage instead it makes the hair strong and prevents dryness of hair. It is also used in several shampoos and conditioners. You can also make a shampoo at your home just by missing jojoba oil, coconut oil and Aloe Vera. This mixture is to be applied to the hair on a regular basis in place of a shampoo. 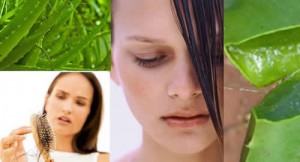 Aloe Vera has anti-inflammatory property that reduces the production of acne on the face. The problem of acne is common among most of the teenagers today. This problem can be suppressed with the use of Aloe Vera which reduces the redness of the skin and the outburst of any pimples. It has to be applied on the face and left for 15 minutes. This will provide the skin proper nourishment and prevents the growth of nay acne thereafter.
4) Prevents aging:

The hydration of the skin can be improved just by using the aloe Vera gel. It substantially reduces the wrinkling and aging. It increases the firmness and elasticity of skin which gives it a younger look. The wide range of antioxidants that are found in it like vitamin C, E and beta carotene have made it the best substitutes for the chemicals in skin products.
5) Wards-off dandruff:

Using aloe Vera can help you get rid of dandruff that is the main reason of scalp dryness. It has several anti-fungal properties that prevent any itchiness and scalp drying. Aloe Vera indeed gives a cooling and soothing sensation to the skin and prevents any kind of allergy. It also reduces the presence of excessive dead skin cells that is a common problem in the youth today. It also prevents the inflammation of the scalp due to dryness. 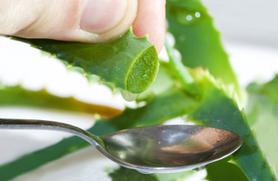 Aloe Vera is very essential to prevent any respiratory diseases like cold, flue or even running nose. It is very helpful in curing any other such problems.
7) Helps in proper digestion:

Aloe Vera is very essential to maintain a proper digestive system functioning. It also is said to work as an effective laxative that prevents any form of hindrance in digesting and also helps in the easiest digestion by easing the movement of the food particles in the intestine as well. It also helps in regular and proper bowel movements which keeps on healthy and going. It also reduces any sort of allergic disorders, ulcers or other digestive disorders and enhances the proper digestion in the body.

It is a natural immunity enhancer and contains a plethora of antioxidants. The consumption of Aloe Vera on a regular basis makes one very healthy and helps in boosting the immune system as well. It also helps in fighting the free radicals which cause problems like aging.

Aloe Vera is indeed a wondrous plant species that can be considered to be nothing less than an elixir. It not only provides sufficient hydration to the body but also safeguards it from any disease by strengthening the immune system. Ever since the use of Aloe Vera began, the world has found an incredible natural substitute to the chemicals that are otherwise used on the body.