Global Warning- A threat to our future

The industrial revolution brought the greatest change of the century. People shifted more towards their own comfort rather than thinking about the future consequences. Many new things were invented which proved to be a blessing, but hardly did they know that it was a blessing in disguise. The level of pollution increased and people did […]

The industrial revolution brought the greatest change of the century. People shifted more towards their own comfort rather than thinking about the future consequences. Many new things were invented which proved to be a blessing, but hardly did they know that it was a blessing in disguise. The level of pollution increased and people did not heed to the warnings the nature showed like unexpected weather changes. Now, as you check out the current scenario the ice caps have started shrinking and there is a change in the composition of air in the upper atmosphere. We have also been using the natural resources in an alarming manner.

One of the main reasons for climate change is pollution. We humans, for the namesake of development have been using fossil fuels at a greater rate. The burning of these fuels causes a lot of pollution. As we look deeper into this topic, there are various types of pollution. They are:

Air pollution is the first issue that comes into our heads, when we think of destruction towards Earth. The air in the atmosphere consists of various compositions. If any one of the compositions increase or decrease there can be a drastic change in the climate. About 55%-60% is due to vehicle and factory emissions. U.S, China, Mexico, Japan, India, Russia is the world toppers in air pollution. We need oxygen to sustain life in our planet. If it becomes scarce, our planet would become inhabitable. The air pollution leads to production of toxic gases called a greenhouse gas which leads to increase in amount of carbon dioxide, methane and nitrous oxide in the upper layer of the atmosphere which will amount to the production of more heat in the atmosphere which can sometimes be unbearable. 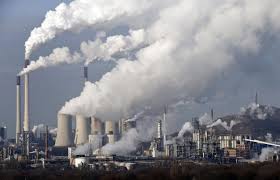 Water is the main factor, that keeps us alive, and so the next is water pollution. The main component that makes our planet unique is water, which is so far not to be found on any other planet in our solar system. Water is life and without water living organisms cannot survive. Three fourth of our planet is covered with water. Only 2% is freshwater in which 1.6% is locked up in the glaciers. Due to less education, people are using the available water lavishly without recycling. The main factor of water pollution is chemicals from factories and oil spills. They contribute about 70%of the water pollution. The marine creatures suffer due to this and the underwater ecosystem is affected. 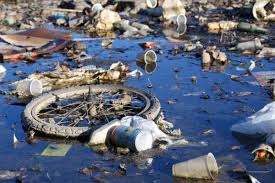 Like water, another important factor is AIR to breathe. Generation of AIR can be done only by Trees and for the trees to grow, soil is the prime factor. As you see in some countries, agriculture is the main occupation for example India. The soil is very important to cultivate the crops. Due to lack of awareness many toxic wastes are dumped into the soil, which will make it infertile. Thereafter, it cannot be used for cultivation. The people would suffer if agriculture is affected. 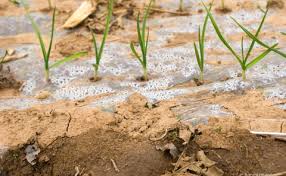 The topic has a vast amount of scope to be discussed. As you see nowadays in the name of development, agricultural lands and forests have been cleared. Trees are chopped and no countermeasures are taken. The trees act as a natural purifier and keep the environment and air clean. They protect the precious top soil by binding them in their roots. They are one of the factors causing rainfall. The nature and its resources have been abused in every manner and are moving towards destruction. Recent reports by various organizations show that if the pollution continues at this alarming level, there will be a rise in sea level by 1 metre per 15 years which puts the world at stake.

The scientists and researchers have come out with circumstantial evidence showing that if we do not act now perhaps it will be too late. In the wake of these findings all the nations have started reducing the damages they have been causing to the environment. Global summits are held every year to discuss on how to control the damages and to clear it. In some countries, like China have started using public transport more and are tapping green energy in all spheres. Trees have been planted at the rate of 2:1 against cutting them down.

The hole in the layer of ozone above the Antarctic’s has sparked a worldwide controversy and governments are taking all measures to control the emission of greenhouse gases. India is a developing country with a lot of youth power. There are a lot of organizations formed to look into this matter and have so far been very effective. But according to recent analysis the rate of pollution is increasing. It is because of negligence of the public. They are not well aware of the situation they are going to walk into. In future our earth will become a barren wasteland and people would have to walk out with the oxygen masks. This is not merely a sentence, but it is a statement that scientists in the world have predicted.

Pollution is not the only things that have been affecting the nature. Man-made disasters and natural disasters also cause damage. The greatest example of man-made disaster was Chernobyl. About 1, 00,000 km of land was contaminated with toxic fumes. Ukraine, which was considered as the most fertile land is now a wasteland. No sort of plant can be grown in the next 500 years because of the high contamination of soil. Another one is in our own motherland. The Bhopal Gas Tragedy in 1984 is still considered as the worst industrial disaster ever. Over 0.5 million people were exposed to the toxic gas methyl isocyanite. Humans have been interfering with the work of nature by the construction of many buildings which sometimes interfere with the ground water table and also change the flow of natural drainage systems therefore causing floods and natural disasters which could have been averted.

In the present scenario you can see that the rain system has been affected. The weather is not predictable and the dates of rainfall have changed. There is scarcely any rain and the rivers and dams are running dry. There is less water available for domestic use as compared to those 10 years ago. In these types of scenarios where domestic use water is not available a technique called Rain Water harvesting comes in handy. It is the process of tapping rain water for domestic use. By doing this you can save a great deal of fresh water.

Humans have been burning fossil fuels like coal for various purposes and now it has come to a level of depletion. Now people all around the world are trying their hands on renewable energy like air, sunlight, dams, etc. Windmills are constructed to tap the flow of wind which in turn runs the turbine to produce electricity. Solar panels have been constructed to tap the energy of the sun, which has been powering the universe for a million years and more. People are now moving towards an eco-friendly approach and are avoiding plastic bags and in some countries carrying plastic bags is an offence. Now it is the younger generation who is leading as an example. Many numbers of youngsters who are aware of the situation have started to help out and are doing voluntary activities like cleaning up a place making the general public aware by conducting rallies and demos. 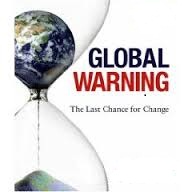 The earth was there before us and will be there after us too. We are just temporary residents. You may read as many articles online regarding this cause, but there can only be a change if you come out and do your part to save the nature. Let’s all take an oath to protect the earth because even our future generations have to live on. Do even the basic things you think you can do to keep mother earth healthy. Technology has developed and so are we. Think Future! Think Green! GO GREEN. Save our planet for a noble cause. GREEN EARTH a future dream project.