I am sure, a lot many times.

Animal cruelty encompasses every action that inflicts harm to animals of all kinds- domestic, stray or wild. Puppy mills, exotic bird trade, broiler chicken, inhumane treatment to a pet at home- all this and more all constitute animal cruelty.

Puppy-mills are dog breeding units that focus on minimum input and maximum profits. They breed dogs of popular and high-earning breeds with tremendous force. This leaves very less time or thought for the good upkeep of the mother and even poorer care of the puppies. The animals are kept in small shelters that are way too small and the hygiene standards are seldom met. The mother is under so much pressure with very small time gap between two litters that she becomes weak and malnourished. The puppies usually suffer from heart and kidney ailments are the care is not proper. In India, pugs and Labradors are the worst affected by this.

The exotic animals pet trade is more rampant in India and globally than is known to be. There are pockets in every city that go on with the illegal trade in exotic species of birds and animals. Firstly, it is illegal to keep these endangered and/or vulnerable species like Olive Riddley Turtles, Brazilian Macaw, etc. in captivity. Secondly, trade of such species is prohibited by the Convention for International Trade of Endangered Species (CITES ). The care provided to these animals under such circumstances are minimal. Most often, the animals end up being sick. The wings of the birds is purposely injured so that they cannot fly away. The paws of dogs and cats are harmed too. As if that is not cruel enough, animals are given minimum food to reduce costs. The Crawford Market in Mumbai has a big and prosperous unit of exotic animal trade.

Circuses are great centers for animal cruelty. Although the Supreme Court of India has ruled that elephants cannot be used for any profitable business, they continue to be used in circuses in India and in foreign countries. The use of endangered species is completely prohibited. Although that is mostly adhered to, the other animals used for the show like horses and monkeys are always mistreated.

Beating them up to perform the tricks is the order of the day for circuses, no matter how great they say their animal upkeep is. The animals are starved and then trained with the lure of food so they perform well. This kind of animal cruelty is also rampant in certain zoos in India, although in a diluted way. For example, the lion is forced to come out of its shelter in the scorching heat in summers by the lure of meat, just to entertain visitors. Not all zoos are such. But, I have witnessed one such shameful incident in India.

Cattle and broiler chicken are raised for human consumption. However, the genetic exploitation of the animals usually renders them weak and diseased. The chicken, in 90% cases have trouble walking as they are stuffed into tiny enclosures outside maximum capacity. Milch cows are attached to mechanized milking systems that often injure their hind legs which sometimes develop into serious wounds. I feel the way slaughterhouses operate of inhumane slaughter practices is absolutely cruel. Chicken are submerged in boiling water even when they are alive. Pigs are held up by their hind legs and the blood is allowed to drain out before being completely slaughtered. 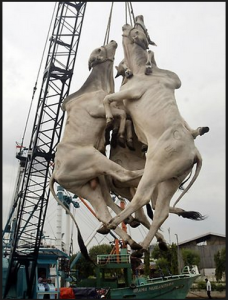 There are many such ill-practices blatantly prevalent in most tanneries and slaughterhouses. Rodeo events and bull fighting events rely on creating stressful and hostile conditions for the bull or calf in which it becomes agitated and strikes out in defense. Tails of the calves are twisted painfully, electric shocks are given and spears are forced onto the animal’s body to make it hostile, which apparently ups the ‘entertainment value’ of the event. The poor animal is rendered helpless in all the chaos and tries to defend itself. Dog fights in the U.S. became prevalent after the Civil War and employs related techniques to make the event entertaining, at the cost of extreme pain to the dogs.

Pet animals are supposed to be cared for best among domestic animals. They are supposed to be almost family. However, a lot of tragic cases emerge where the pets are kept in extremely tortured conditions. Some are beaten up, some are starved and still some others are hacked to death. The reasons are as startling as the actions. Owners are frequently substance abusers who inflict self-harm and/or injure the pet. Sometimes, owners simply harm the pets for fun. Cases have been reported where the owners shot dogs in their backyards for fun and aim training. 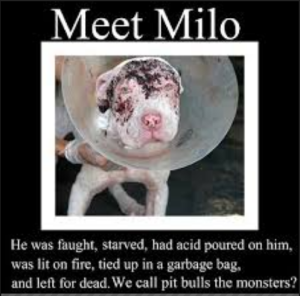 There are many other instances where animals are ill-treated. Research laboratories mishandle rabbits, rats, etc. Race horses and grey hounds are abandoned once they lose their competitive streak due to old age or ill-health. Animal cruelty is prevalent even in the educated class of society. We need more concerned people to care. As humans it is shameful that we act in a completely inhuman way when it comes to treating animals. It is time we started respecting animals and treat them as we would like to have us treated. 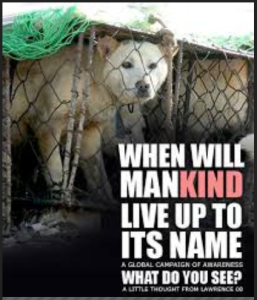