You are here: Home \ Environment \ Science \ Antarctica- The Destroyer!
Environment
1

Yes, you read it right, Antarctica the inhabitable and the coldest continent would be the prime reason of destruction in few years. Would the scientist working there become insane and form a well flourished civilization and would they start a war? No, they are not world heavy weights but they would accomplish, destroying the Earth, […]

Yes, you read it right, Antarctica the inhabitable and the coldest continent would be the prime reason of destruction in few years. Would the scientist working there become insane and form a well flourished civilization and would they start a war? No, they are not world heavy weights but they would accomplish, destroying the Earth, not the scientists but the Continent itself by simple natural ways.

First, let’s take a round of Antarctica. Antarctica is the 5th largest continent with no permanent resident though 1000-2000 scientists remain in the ice shrouded continent on a temporary basis for various kind of research. About 98% of Antarctica is covered by ice that averages at least 1.9 kilometres in thickness. Antarctica is the coldest, driest, and windiest continent. It is considered a desert, with annual precipitation of only 200 mm (8 inches) along the coast and far less inland. The temperature in Antarctica has reached −89 °C. 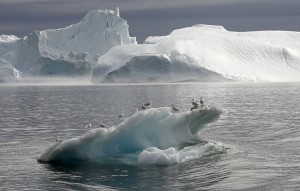 But, the question is how, how would Antarctica destroy the people living on land far from the icy continent? Well, every other person would have definitely heard about Global Warming and yes, that’s the only reason, the prime one which one day might end all life forms or almost end all.

Global Warming as everyone would be familiar with it, but the exact terminology of it states that Global warming refers to a continuing rise in the average temperature of Earth’s climate system. Since the early 20th century, the global air and sea surface temperature has increased about 0.8 °C, with about two-thirds of the increase occurring since 1980.

Apparently the main reason for Global Warming is Green-House Gases. The burning of fossil fuels and extensive clearing of forests have made way for the upsurge of these gases and which eventually have drastically affected the environment with uprising rate in Global Warming.

Now due to Global Warming, Antarctica has been warming up progressively every year and the rapid progression have started from the last 50 years. Apart from Global Warming, recent increases in glacier outflow are believed to be due to an inflow of warm water from the deep ocean which again anyhow turns to the reason of increased temperature. According to NASA, the most widespread Antarctic surface melting of the past 30 years occurred in 2005, when an area of ice comparable in size to California briefly melted and refroze; this may have resulted from temperatures rising to as high as 5 °C. 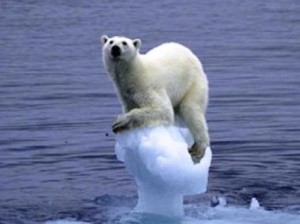 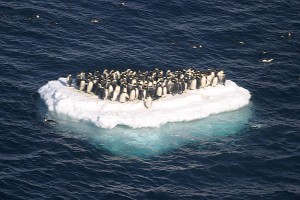 The other concern regarding the Continent is Ozone Layer Depletion. Each year a large area of low ozone concentration or “ozone hole” grows over Antarctica. This hole covers almost the whole continent and was at its largest in September 2008, when the longest lasting hole on record remained until the end of December. The hole was detected by scientists in 1985 and has tended to increase over the years of observation. The ozone hole is attributed to the emission of chlorofluorocarbons or CFCs into the atmosphere, which decompose the ozone into other gases. Studies suggest that ozone depletion may have a dominant role in governing climatic change in Antarctica.

Due to Global Warming and other reasons, Antarctica’s glaciers are eventually falling out resulting in the increase in the water or sea level. The studies have concluded that without a doubt, the low lying sea level cities would soon be submerged due to the increase in sea level. As of today, the sea level cities like Mumbai, New York and Sydney have witnessed the increase in level. The Scientists have suggested or concluded that with the current rate of falling glaciers and the increase of sea level, soon in few years say 50 there might be a possibility that big cities like Mumbai, New York or Sydney and islands like Andaman, Lakshadweep would soon be facing natural calamity and would face the wrath of the environment resulting in the destruction and vanishing of whole cities.

TOI published an article last year which broke the news that ‘One of its islands’ (King George) ice cover has totally disappeared. Even the penguins are facing the threat of extinction.’ The link goes down from Antarctica to Global Warming to Green House Gases to Human Activity. Every Human Activity is turning the environment against Humans and surely if the practise persists and continues then the Environment would one day engulf Humans.