‘Abode of Snow’ , The King of all Mountains, the Majestic and Gigantic Himalayas, the Highest Mountain Range in the World with spanning thousands of miles and far- reaching mountain peaks and ranges holds within itself an exceptionally diverse and rich ecology. From Coniferous forests to subtropical forests, Wetlands to Montane grasslands are as much […] 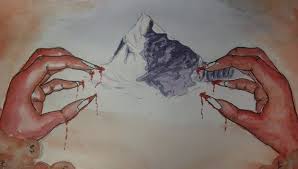 ‘Abode of Snow’ , The King of all Mountains, the Majestic and Gigantic Himalayas, the Highest Mountain Range in the World with spanning thousands of miles and far- reaching mountain peaks and ranges holds within itself an exceptionally diverse and rich ecology. From Coniferous forests to subtropical forests, Wetlands to Montane grasslands are as much a part of the World’s inhospitable, frozen mountaintops that tower above. A storehouse of innumerable resources, the mighty Himalayas are a house to exotic species of flora and fauna.
Himalayas are a stretch of land that houses the world’s largest non-polar ice masses. It feeds Asia’s major rivers including the Ganges, Indus and Brahmaputra. More than a billion people rely on these glacier-fed water for drinking and irrigation purposes. Himalayas are not only a remarkable expanse of beauty. It also has some of main religious regions like the Amarnath, kailash. Without them our survival wouldn’t have been possible. Himalayas constitute a stunning nature whose journey begins from the Mount Everest to the Tibetan Plateau, from Gaumukh to the Ganges. It encloses within itself a complex, interconnected natural world that inspires, challenges and amazes the human race.
There is no better place on Earth to experience actual flora and fauna than the Himalayas. Due to its varied topography, Himalayas nurture and showcase some of the rarest plants and endangered species of fauna. Teak, Sal, Shisham, Birch, Pine, Oak, etc thrive under this mountain range. The Himalayan forests are an ideal juncture for insects like Bumblebees and Craneflies. The world’s largest Sheep, The great Tibetan Sheep takes abode here. The Yak is also found in large numbers here. It presents a matchless beauty of the Brown Bear, the Hill Fox, the Tibetan Blue Bear and the Musk Deer which is now an endangered species. Jim Corbett National Park, The Great Himalayan National Park are some of the famous Wildlife Parks and Sanctuaries here. 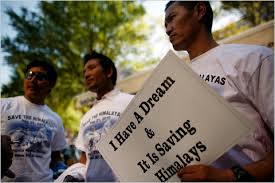 The Himalayas form a natural boundary of the Indian sub-continent. The protect us from the chilly winds blowing from Central Asia and also severe winters. They are also a source of rainfall to various parts of the sub-continent. They act as a reservoir of winter which is a source of many large perennial rivers which provide water for irrigation and agricultural purposes. Many rapids and waterfalls in the courses of these rivers have been utilized for hydro-electric power generation. The fertile Indo-Gangetic plains are one of the most densely populated regions of the world. The hard wood forests of Coniferous and Deciduous yield valuable timber and firewood. They are also a source of raw materials for many industries. The Himalayan region contains commercially valuable minerals including copper, zinc, nickel, cobalt, gold, silver, precious stones, coal, petroleum and various other mineral fuels. The scenic beauty and mighty peaks of the Great Himalayas attract thousands of tourists and climbers from different corners of the World and provable a good source of income to many hill-stations. The Kashmir, the Chambal, the Kula, Dehradun, Darjeeling, Shimla, Mussoorie, Nainital, the Kangavasile are the famous tourist resorts situated in these mountain ranges. Thus Himalayas are the “Social window of India”.
Himalayas is a region that boosts mighty peaks, pure lakes, rich forests and extensive plains, but a fragile landscape eroding under rapid population growth. The environment of the Himalayas has changed drastically over the past few years. Deforestation has taken its toll on the foothills of the Himalayas as the demand for fuel has increased. Over-grazing has caused great havoc which has led to massive soil erosion. The bare patches of the forests pose another problem in the mudslides killing hundreds of people over the years. Increase in population has fuelled the pollution of streams and rivers causing deadly diseases like cholera, dysentery and typhoid. Also, commercial collection of medicinally rich plants poses a threat to those particular species.
Over 75% of the original Himalayan habitat has been destroyed. In the wake of increasing degradation of the Himalayan range due to unprecedented growth in the number of visitors, it is time to restore its pristine glory. The awe- inspiring, soul seeing, majestic beauty of this silvery world hasn’t changed an iota over time. The region of eternal snow with varied flora and fauna is now besieged with serious problems.
There arises a very important question- Are the Himalayan glaciers retreating? Sensing surveys have reported that the mountains have retreated by 12% and are naturally shrinking. Over 1.5 million hectares of forest cover is disappearing every year . Deforestation has not only destroyed the habitat of various tribal committees but also the habitat of rare and valuable wild animals.
“She’s young. She’s old, she’s wild and She’s beautiful”, such is our Himalayas. And it is time for us to protect and save the sinking glory of our crowned Himalayas and prevent uninvited doomsday for the Himalayas and its denizens.