You are here: Home \ Environment \ Health \ Resources \ Science \ Uncategorized \ Cars beneficial to the environment or not?
Environment
0

Cars beneficial to the environment or not?

Many people these days have decided to buy cars as it is convenient for them. But have people realized that buying cars can cause pollution? Well, from my opinion I feel that some are aware and prefer to ignore.  Today as good citizens of the environment, we should spread awareness about the different kinds of […]

Many people these days have decided to buy cars as it is convenient for them. But have people realized that buying cars can cause pollution? Well, from my opinion I feel that some are aware and prefer to ignore.  Today as good citizens of the environment, we should spread awareness about the different kinds of pollution. When we want to spread awareness to people, the help which we can get is from the school kids and mainly youngsters.

Recently, my friend and her team went to some schools to give awareness about the reduction of pollution in our city. We have come across many questions which were asked by these wonderful kids during our interaction with them. Here is how the conversation started.  The first question asked by them to get the students to interact was “How many of you have heard or seen the word pollution while studying?” Many students raised their hands. The next question which my friend and her team asked was “How many different types of pollution are there and what are they?” There was a chorus of answers coming up like there are many types and they are water pollution, air pollution, noise pollution and etc.  So the team asked the students if they are aware of car pollution. Many students cutely gave a reply as car pollution is related to cars and that is called car pollution.

From the here the interaction went on for nearly 2 hours. During the interaction with various schools, we have statically found some common questions being asked by many people. Such questions will be described in detail along with answers. 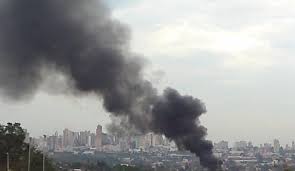 Basically these air pollutants are proven to be harmful to the human’s health such as asthma, birth diseases, heart attacks, eye irritation etc.

Another common question which has been asked was what was the impacts of this particular car pollution? The impacts of this particular car pollution are of the following climate change, air quality, noise, resource use and local impacts. Briefly, we will discuss these impacts. To begin with, the climate change, the transports used to travel on road, like for example cars, trucks and buses, give around 22% emission of carbon dioxide. This release of emission of carbon dioxide increases the temperature of the greenhouse effect. Next impact is the air quality, it basically depends upon the pollutants such as the carbon mono-oxide, hydrocarbons, etc. Noise also played an impact by horn sound which is made during the traffic times, loud music being played and etc. Resource use is also played a role in the impact as they has been lots of raw materials being used for construction purposes. The last impact was the local impacts. What is meant by local impacts is that the vehicles which we use almost every day now can even affect the health of the people. Basically there are people in this world without shelter so they will sleep on the streets, the release of gases will make the homeless people feel unpleasant.

In conclusion, here are some ways we can reduce our carbon footprints and make the world a better place for all of us. REDUCE POLLUTION!!!!