We have been well acquainted with various eco friendly sources of energy for instances, solar energy, wind energy, geothermal, etc we are have certain kind of perception for them. And likewise we have also a perception for Nuclear Energy; there are a number of alternative sources of energy and environmentally friendly fuels available to combat […]

We have been well acquainted with various eco friendly sources of energy for instances, solar energy, wind energy, geothermal, etc we are have certain kind of perception for them. And likewise we have also a perception for Nuclear Energy; there are a number of alternative sources of energy and environmentally friendly fuels available to combat the damage to the environment caused by Fossil Fuels. We know that nuclear power has changed the conception of itself after the ‘world war’. It has proven by history that over usage or implementation can be a curse for our planet. 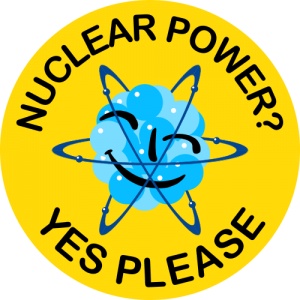 But changing times has paved a way for development. Nuclear energy is often painted as a ‘clean’ energy option, and therefore a solution to climate change. Splitting the atom doesn’t produce green house gases, but the nuclear fuel cycle is far from clean; it produces radioactive wastes that pollute the environment for generations. Radioactive material has also leaked into the environment in the many accidents for instance, accidents at the Indian Nuclear Power Plants, sector is anything but clean.

It is assumed that in two three decades nuclear energy can be converted into a cleanest energy and the contribution of nuclear to the energy mix is at best expected to be 5 to 6 percent. Nuclear energy being a renewable energy does not pollute the environment, nor produce green house gases, nuclear energy can be a solution to climate change problem.

At present, the world produces as much electricity from nuclear energy as it did from all sources combined. Civil nuclear can now boast over 15,500 reactor years of experience and supplies at least 11.5% of global electricity needs.

Nuclear energy has been much used by developed countries than the developing and under developed countries. In America various policies have been set up for treating the level of gas emissions by nuclear power plants, for instance the Clean Air Act of 1970, passed in America to set standards to improve the nation’s air quality. Using more nuclear energy states additional flexibility in complying with clean air-requirements. Nuclear energy has a vital role to play in providing clean energy for sustainable economic development around the world. 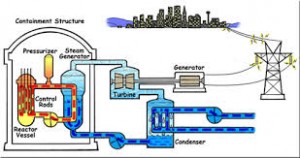 Research on nuclear energy has continued to provide a source of neutron beams for scientific research and the production of medical and industrial isotopes. Nuclear energy has one of the lowest impacts on the environment of any energy source because it does not emit air pollution, isolates its waste from the environment and requires a relatively small amount of land. Nuclear energy has developed with changing times and has proved to be beneficial in every sense, there are about 240 research reactors operating, 56 countries, with more under construction. Research on medical isotopes, has significantly helped in the treatments of cancer, Nuclear medicine and radiology are the whole of medical techniques that involve radiation or radioactivity to diagnose, treat and prevent disease. The use of reactors for marine propulsion is mostly confined to the major navies where it has played an important role for five decades, providing power for submarines and large surface vessels. About 150 ships are propelled by some 180 nuclear reactors and over 13,000 reactor-years of experience have been gained with marine reactors. Russia and the USA have decommissioned many of their nuclear submarines from the Cold War era. Russia also operates a fleet of six large nuclear-powered icebreakers and a 62,000 tonnes cargo ship which are more civil than military.

India being a developing country has taken a step to move towards clean energy, massive amount of electricity generated from nuclear power plants has removed the misery of those areas which were suffering from its crisis, it has moved its helping hand towards the medical treatments. And has relaxed the pressure on other renewable and non renewable resources as compared to fossil fuelled alternatives, nuclear plants are expensive to build but cheap to run. That makes nuclear an attractive option for some investors in some situations, but it is not the energy source of choice for all.

No doubt that nuclear energy does not have cons but with the growing technology we can achieve the right goals in two three decades we may be able to provide electricity to every nook and corner of the world. Many works may step up because of it. Nuclear power is the most favored by technology to produce energy. 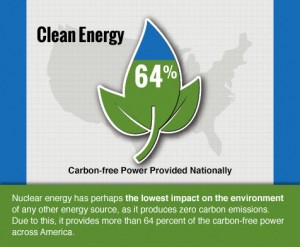 Changing human needs and wants has surely paved a better way to save the environment and use the powerful source of energy not for any war but to enlighten the peace and march to wards development being united!