You are here: Home \ Environment \ wildlife : boon to environment.
Environment
0

Wildlife traditionally refers to non domestic animals but has come to include all plants herbs shrubs and other which grow or live wild in an area .Wildlife is a part of every eco system . Deserts, forests, rain forests, plains, grasslands, and other areas all have distinct forms of wildlife. wildlife comprises of both fauna […]

Wildlife traditionally refers to non domestic animals but has come to include all plants herbs shrubs and other which grow or live wild in an area .Wildlife is a part of every eco system . Deserts, forests, rain forests, plains, grasslands, and other areas all have distinct forms of wildlife. wildlife comprises of both fauna and flora where flora is the floral beauty and fauna refers to animals.
human being in early ages was also wild but with the evolution he has adapted to urban environments. wildlife means away from the reach of human effects wildlife nor does the wildlife i.e. neither human but in reality wildlife is somewhere affected by human activities. and as human is originated from wildlife so how he can remain unaffected from change in wildlife.
now, here arises a question how wildlife is boon to our environment? Ecological value is the interaction of wildlife in nature. Wildlife plays an essential role in the ecological and biological processes that are yet again significant to life. it plays an important role in different food cycles to complete .this whole environment works on some processes and cycles example water cycle, food cycles. food cycles are the cycles between producers and consumers where producers are the plants and consumers are herbivores , carnivores and omnivores. 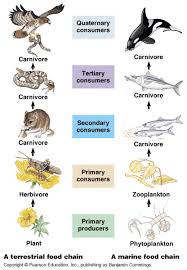 The normal functioning of the biosphere depends on endless interactions among animals, plants, and microorganisms. This, in turn, maintains and enhances human life further. Wildlife maintains ecological ‘balance of nature’ and maintains food chain and nature cycles. Hunting and fishing are the most visible kinds of recreation that depend directly on wildlife resources
just give a thought how tired and weak you become when you don’t eat food entire day. the food we eat gives us energy to move around. the energy we receive from food can be traced back to sun. shining sun radiates back the energy it the form of sunlight. plants absorb this light energy and convert it into sugar known as photosynthesis and make energy usable by plants as well as other wild life. and now the things take an interesting turn, herbivores such as deer and rabbits eat plants to absorb energy and these herbivores are eaten by wolves and other predators. the energy through the sun moves through ecosystems by the help of wild life. the role of wildlife is more explained by the following points.
• Producers: Plants are producers because they make usable energy from light. They turn sunlight, carbon dioxide and water into sugar energy. Producers are the foundation of the food web, because they provide the base energy needed by all wildlife.
• Primary Consumers: Herbivores are primary consumers, because they receive their energy directly from plants.
• Secondary Consumers: Carnivores are secondary consumers, because they receive their energy by eating primary consumers. Secondary consumers are predators. An omnivore acts as both a primary and secondary consumer, because omnivores eat both animals and plants.
• Decomposer: Decomposers get energy by breaking down dead plants and animals. They are extremely important, because decomposers convert dead matter into energy and release nutrients that can be added back to soils and ecosystems.
Perhaps I am clear about the importance of wildlife. wildlife circulates the energy from sun in the whole eco system. wildlife is the link between human being and energy of sun. In this way we can see that wildlife is playing an important role in maintaining ecological balance.
But now days wildlife is being endangered, forests are cleared for constructing colonies and societies. and in turn, the natural habitat of wildlife is snatched from them. just imagine yourself one day without your home. you can’t… then what about their basic need which is being snatched for our comforts. human is becoming selfish by snatching someone’s shelter for his comforts.

Many processes associated human habitation of an area cause loss of this area and decrease the carrying capacity of the land for that species. , forest clearing for timber production and wetland draining for city expansion is leading to compact area for wildlife. many animals are killed for their skin, products like bag , shoes etc are manufactured from animal skin 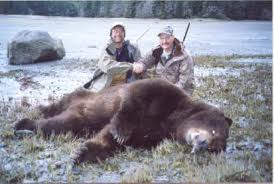 if wildlife is threatened then the link between producers and decomposers is affected which cause a threat to ecological balance and affects human life. so steps should be taken to save wildlife as it can’t be ignored. wildlife being a very important part of our lives is on verge of extinction. wildlife conservation steps should be taken. more and more wildlife sanctuaries and national parks should be set up for conservation of wildlife. Hunting of endangered species should be banned. usage of products made of animal skin should be minimized. Each on grow on policy should be accepted worldwide. if some patch of forest is cleared for some construction or something then those number of trees should be grown to compensate that loss in flora. people should be made aware of the fact that wildlife is equally important for survival. Human beings need to live in harmony with other beings on this planet and recognize that we are interdependent. we are nothing without nature.
wildlife is really very important for the ecological balance whether it is flora or fauna. this wildlife thing might look smaller but in actual day is not far when human being will be on verge of extinction.