You are here: Home \ Environment \ Going Green \ Health \ Resources \ Science \ How badly does Pollution affect Lifestyle? We try to find out
Environment
0

How badly does Pollution affect Lifestyle? We try to find out

Pollution, these days has been a great concern to humans, plants and almost every living thing on this planet. Everywhere we go, people have been talking about the increase in the pollution and how it has affected their health and looks. These days’ people want to avoid pollution as it can lead to hair fall, […]

Pollution, these days has been a great concern to humans, plants and almost every living thing on this planet. Everywhere we go, people have been talking about the increase in the pollution and how it has affected their health and looks. These days’ people want to avoid pollution as it can lead to hair fall, and other breathing problems. Mostly, while walking or waiting for a bus at the stop, we tend to wrap our scarves around our head for protection and we even tie scarves to protect our skin. As mentioned earlier it can affect the health and cause breathing problems such as asthma. 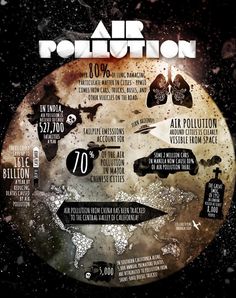 So the question is can we say pollution is affecting not just the environment but even our lifestyle.  In order, to know if the question being asked is correct or not, we must have a clear idea of what pollution is. Pollution mainly consists of dust particles which is created either by natural or man-made activities. Such natural activities which can pollute the environment are smog, greenhouse gases, and excess carbon dioxide etc. Factors which affect the environment by man-made activities is by deforestation. Due to deforestation, we often don’t realize that it increases the carbon dioxide levels in the air. Higher carbon dioxide levels can lead to global warming. Other factors which play a vital role in the man-made activities is usage of cars and other transports, development of infrastructure and economy, growth of big cities etc. As cities are developing in each country, there will be more problems with the traffic. Due to the increase in the traffic, the increase of the emissions of carbon dioxide will occur. 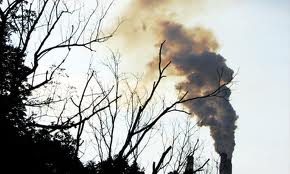 Pollution are of different types. Even those different types play a role in the human health and lifestyle. The different types of pollution are air, water, and littering and soil contamination. Now we will discuss these types of pollution detail. Starting with air pollution, it consists various solid particles and gases. Some of the gases which are present in the air are nitrogen dioxide, ozone, sulfur dioxide, lead and carbon mono-oxide. These gases if a person inhales it then they can be at higher risks of asthma and reproductive systems. Also, due to the inhalation of these gases, it lead to many deaths due to the cardiovascular and lung diseases. Another type of pollution which will affect health is water pollution. As well all know water plays a vital role in our life. It is being used in our day to day life. Like for drinking purposes, farmers for agricultural purposes and etc. But disadvantage of this resource is that many people are polluting it in various ways. Basically this valuable resource is being contaminated due to industrial purposes, agricultural run over and mining activities. Even the water can be contaminated for drinking purposes. If people start to drink to that then they can definitely fall into serious ailments. This type of pollution can even affect the wildlife. Littering is the third type of pollution which can affect the environment. Littering is when a person disposes any material such as glass, plastic bottles or anything metal. Due to the dis-carders of the materials, it can lead to bio-hazard ailments. If these materials are found on the ground then it is better to pick up and throw them in the trash. One important fact about littering is that these particular materials cannot be broken down into the environment. Even littering can affect the animals who are wondering around on the streets for food due to starvation may even eat them and suffer badly.The last type of pollution is soil contamination. What is soil contamination? What contaminates it? Well, soil contamination can be done by either solids or liquids particles present in the soil. Contamination results in hazardous substances which maybe spilled or buried in the soil. Due to this pollution it can affect the skin of the human. Now, that the different types of pollution has been discussed.

The topic to be mainly focused on here is how pollution plays a role in a  human’s lifestyle and how it harms it. Well, to start with, we will  learn how it harms one’s body. Basically, these days everyone is worried about their looks and always have a competition among each other. The amount of dust which is present in the air affects the skin on the face and due to this, our face looks dull and the glow disappears. The dust particles on the skin happen to fill the pores and we suffer from acne problem. Also, it leads to dry and dead skin. Another point which is important and plays a part in the human’s health is exposure to toxins, it leads to skin diseases as well.

Let’s talk about their prevention measures. Some prevention measures of pollution or in other words how we can as good citizens reduce pollution are firstly, we should throw our materials in the proper places instead of anywhere on the ground. Second way to reduce pollution is by walking to places where ever there needed. Another way to reduce pollution is by reduce the usage of harmful chemicals for plants and industrial purposes. Start an awareness camp for younger children as they can be of great help to the community as well as to the environment. In, conclusion, pollution can harm the lifestyle of human’s health as well as the environment both. So start taking care of both the things as they are very important to us.