You are here: Home \ Environment \ Going Green \ Health \ Resources \ Smoking – Not only kills ‘SELF’ but also ‘Environment’
Environment
0

Smoking – Not only kills ‘SELF’ but also ‘Environment’

The smokers under every category have a common belief that, when they smoke, they are only harming their own body, also affect our Earth. Everyone in this world smoke cigarettes by knowing the effect on their bodies, but about 95% of the people do not know the effect smoking causes to our environment. It is obvious […]

The smokers under every category have a common belief that, when they smoke, they are only harming their own body, also affect our Earth. Everyone in this world smoke cigarettes by knowing the effect on their bodies, but about 95% of the people do not know the effect smoking causes to our environment. It is obvious that smoking pollutes the air and makes the air denser; it also gets in with the ground. Cigarettes have more than 4000 chemicals which are inhaled and exhaled into the air and the environment. Yes there are 4000 chemicals in tobacco smoke but out out that 69 chemicals are known to cause cancer. There are 599 approved additives to be used in cigarettes by the american government, and these additives have been kept as a secret. The additives were tested as raw and approved but were not burnt. Some chemicals tend to change their property when they are burnt and make worsen the impact on earth. Hydrogen cyanide, Carbon monoxide, ammonia, nitrogen oxides are present in the smoke. The 43 known carcinigens are present in the mainstream or side-stream of the smoke. This is a slow poison but the most tragic thing is that when non-smokers breathe the second hand smoke and cause some disease to themselves. 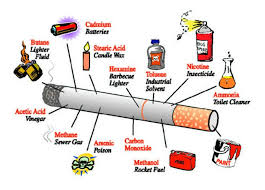 About 30% of North Americans are under the smoking category, while the percentage is much more in the developing countries, which states that there is a massive amount of smoke being released into the atmosphere every single day. Trees are often compared to the lungs of our bodies because they do the same work our lungs perform, but on a global scale i.e take in carbon-dioxide and leaving out oxygen. With all of the pollutants that the trees filter out for us already it seems almost crazy to add more to the air that doesn’t need to be added. We need to breathe, and not smoke. They are not common, people who love them and the environment. 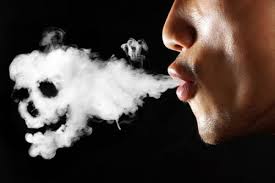 The smoke does not stop by affecting just our body but also get into the ground and affect the soil and into the drinking water too.There are millions of cigarette butts that are discarded onto the ground every day as waste. In California, every year, the state has a statewide cleanup and the cigarette butts account for more than half of the waste that would have been collected. We get to know only from California, that is a single sate accounting with millions of butts, so when a worldwide clean up is done; think of the quantity of butts that can be collected and the amount of pollution that was caused by those smokers. They are put into the water bodies like the rivers and the lakes, where the fishes eat those butts and die, which is another problem, because fishes are becoming less in number due to overfishing, and if numbers are decreased due to some external factors, we would have to lose some species from the world. 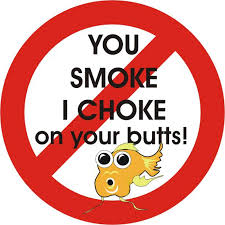 In 2005 there was about 135 million butts in our environment, they do not decompose fast, so they make an impact to out surrounding, they are,

1. The aquatic eco-system is affected by the toxic chemicals present in the cigarette butts.

2. The leaching out substances are high toxic chemicals and also affect the fresh water micro organism.

3. There are 5.6 cigarettes being produced every year, so for that we will need about 18.6 billion trees. The trees are being cut down at an alarming rate and if this continues, we will not die because of food, but for air.

4. This smoke combine with the other gases and go on to affect the ozone layer, which is getting depleted by the impact of the poisonous gases.

5. The butts are thrown into the forests which will cause forest fire and cause result in the destruction of wildlife,vegetation and property.

The most important aspect of cigarettes is actually producing them; a land is separately used to grow the crops, which is afterwards used to kill the human and the environment. This land can be used to grow trees and crops which would be useful in the future rather than destructive in future. These lands can be used to grow food crops for the children who are starving for food in the under developed countries. These crops are grown with a lot of pesticides and chemicals because tobacco is a plant which gets attracted to disease very easily. It also needs lots of trees to produce and packaging of cigarettes. Cigarette manufactures uses four miles of paper, just for an hour for rolling and packing the cigarettes. One tree is used for every three hundred cigarettes that are produced, which is just for waste. Those trees can be used to filter the pollutants that are present already in the air, before they can be used to let in pollutants. It is not only about trees, but also the energy and water which is wasted in manufacturing of cigarettes, which also should be taken into consideration and with soil depletion and chemical wastage added on top of that it becomes clear that manufacturing cigarettes has an enormous strain on the environment. 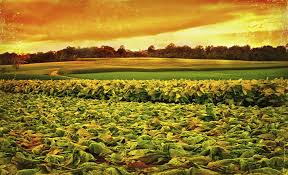 The manufactures are not ready to take up the new technologies, which can lessen the impact of the smoke released by the smokers because it would take away billions of profit every year. They are planting trees for their own use instead of cutting down the trees that are already grown, but the negative part is that they are cutting down the trees to dry the tobacco and for rolling and packaging. It is probably not a concern for the environment, but the problem of losing their woods and the mineral sources that are in the land they plant those trees. When the amount of minerals is lost from the land, it would take some time for the soil to recover those minerals, which would encourage the manufactures to take up another land for growing trees. So by this way another land is lost from the earth, which could have been used for positive purposes. They do not care about polluting our environment, but they worry only about the profit that they can earn from cigarettes. They forget the fact that even their generations got to live in the same polluted Earth. 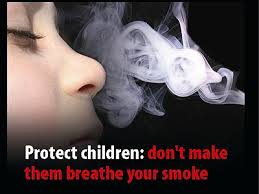 The only way is to stop smoking is to stop buying their products which would compel them to close their business and Yes, it is difficult to quit smoking, but it can be achieved. The seriousness of the impact on their bodies and the environment showed be explained globally and all the smokers should come to know that by smoking, they not only harm their body, but the Earth, their Family also. About One thousand Americans stop smoking every day – by dying. Smoking is very injurious to our environment, the nicotine and other harmful substances present in it are very dangerous.