You are here: Home \ Health \ Beauty or Health- Is it Tough to Choose?
Health
0

Beauty or Health- Is it Tough to Choose?

Trying really hard to match the ever-increasing pace of advancement of the modern world, we are so busy with our jobs that we hardly have any time to bother about the effects the cosmetics and other daily products have on our lives. Whenever you want to go out in the sun, you apply loads of […]

Trying really hard to match the ever-increasing pace of advancement of the modern world, we are so busy with our jobs that we hardly have any time to bother about the effects the cosmetics and other daily products have on our lives. Whenever you want to go out in the sun, you apply loads of sunscreen on your face without giving even a single minute of thought as to how this may affect your health. Once applied, where does it go? Why do you have to apply the same amount the next time you go out? That’s because it is absorbed by your skin and who knows how it may change your life-processes. Can you recall the last time you read the ingredient-list in back of your toothpaste? Most probably, you are dumb-struck.

Lately, an increasing trend in male infertility has been observed. Studies have shown a 50% decrement in human sperm over the past few decades with apparently no justified reason (as per a study by Professor Skakkebaek). A latest research study on the effect of the chemicals in soap on human body has produced some shocking results throwing light on the way these toxicology test proof chemicals present in soap can alter the functioning of human sperm. This may also help understand the increasing infertility in every part of the world. Published in EMBO reports by Center of Advanced European Studies and Research, Bonn, Germany (CAESR), around 30% of the household chemicals have been shown to directly interfere with the functioning of male sperm making it incapable to trigger fertilization. 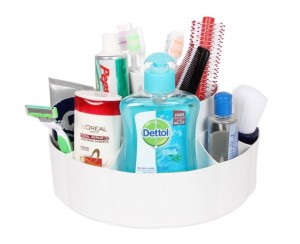 The study, for the first time, has shown that the chemicals used in common household products such as toothpaste and soap may have a hidden toxicity in them although all the toxicology tests designed so far, either show them to be non-toxic or too mildly toxic to affect the male potency in any way. Scientists, for several years, have been associating the declining sperm count and thereby increasing male infertility with endocrine-disrupting chemicals. The study was a part of a broader research going on the affects of these chemicals on human re-productivity.

Once these chemicals are absorbed by the skin, when we apply soap for instance, they invariably produce an obstruction in the male sperm’s swimming behavior which is vital for the sperm to reach deeper inside the female. Due to this, the sperm prematurely releases the essential enzymes which the sperm makes use of to penetrate and fertilize the egg cell. This effectively makes the male sperm infertile which can help in understanding the declining male fertility.

The study has been a result of a very new and unique way to test the effect of household chemicals on human sperm by the scientists which has shown that these apparently harmless chemicals can, in certain ways, mimic the oestrogens (female sex hormones). In other cases, they may act as anti-androgens (the male sex hormones) thereby directly messing with reproductive system.

Toothpastes are known to contain fluorine, which is a highly reactive non-metal. Although the concentration is tried to keep very low, but it still has the ability to affect the functioning, therefore, the toothpastes with lower concentration of fluoride ions should be preferred. It is also one of the same reasons why children should be kept away from toothpaste, for the fear of them swallowing the paste, which is very dangerous.

The unique way to make the study a success has provided strong evidence against the possible role of these chemicals in explaining away the rising infertility rates as the sample concentrations which were required in the laboratory to initiate the adverse reactions were very nearly the sames as the extremely low levels found in human body thereby directly relating the biological reactions going inside human body to those in the laboratory. During these intelligently designed tests, very low concentrations were fully successful to trigger catsper (the cation channel of sperms) reaction in test-tube studies – 180 degrees opposite to what we otherwise believed.

Along with producing these alarming results, the study has also explained away why the toxicology tests are unsuccessful to find the hidden toxicity inside household chemicals. That is because these tests are usually individual tests while these chemicals work according to a ‘cocktail effect’, by which these chemicals work together amplifying the effect of the individual ones manifold. That is why then, although the present toxicology tests say that the concentration of such chemicals is so low in household products to be of any harm to human reproductivity, the cocktail when mixed together in low concentrations of its ingredients, amplifies the individual action creating measurable response in the sperm. The complex mixtures co-operate with each other rendering the sperm infertile. 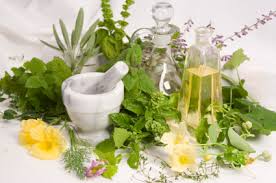 Natural cosmetic products seem to offer a suitable alternative, but do not trust all the advertisements you watch !

We are almost always ingesting these chemicals either through the contaminated food we eat or else through the skin absorption of soaps and other creams. The government is in a state of indecisiveness as to whether these products should be banned or continued and other research studies are also going on to testify the findings of the report. A definite answer is expected soon. Until then, the best we can do is to minimize the use of cosmetics. Lately, there has been a trend observed in natural beauty products, which is beneficial to health as well as beauty. The herbs have their medicinal value, and are available in many areas. Nature is a gift to you, enjoy it 🙂