You are here: Home \ DIY Green \ Environment \ How can Carbon footprint be tracked daily?
DIY Green
0

How can Carbon footprint be tracked daily?

Today when we are outside, especially now, the heat makes it unbearable for us to enjoy summer. The temperatures have soared beyond no limits and as kids we have been learning the reason for this- global warming. Global warming is the increase in the amount of carbon dioxide and other greenhouse gases, which is the […]

Today when we are outside, especially now, the heat makes it unbearable for us to enjoy summer. The temperatures have soared beyond no limits and as kids we have been learning the reason for this- global warming. Global warming is the increase in the amount of carbon dioxide and other greenhouse gases, which is the reason of the phenomenal increase in temperature. 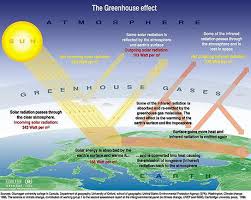 Nowadays, there has been a method of measuring the severe impact which occurs on the environment due to an individual, household, industry or for this matter, any lifestyle, by the units of carbon dioxide. This is called carbon footprint.
Carbon footprint has been proven beneficial and useful in tracking the entities which are liberating and releasing excess amounts of carbon dioxide in their daily life. There are two types of carbon footprints, primary and secondary. Primary carbon footprint is the sum of direct carbon dioxide which is released by the burning of fossil fuels. This is used on a wide scale from the consumption of fuel for cars to oil mines to industrial purposes. Secondary carbon footprint is the addition of indirect emissions combined with the manufacture and breakdown of all products, services, and food which are utilized by individuals, consumers and businesses.
We, humans, are playing an extremely crucial role in the environment. Our activities can either bring out the best for the Earth or lead towards the negative impacts on the environment. 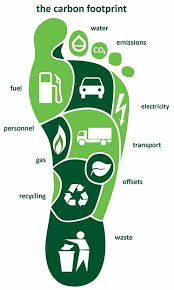 We can trace the carbon footprint in many ways. One of the ways is by the Carbon Footprint Calculator. Using this calculator is very simple. Firstly, we have to enter in the description about the home, travelling and vacations, electrical appliances and much more. With the help of this description and calculator, it will predict how many tonnes of carbon dioxide is produced from the household per annum. This is extremely efficient and simple for everyone to utilize.
But the question arises, why should we use this? Like they say, prevention is better than cure, we should also accustom our lifestyle such that we produce minimal amount of carbon dioxide. Some ways to cut back on the production of greenhouse gases are, one but reducing the usage of transportation. What we mean here is, suppose your neighbor and you are going to the same place. Now both of you are going in separate transports, so with this, it pollutes more to the air and increases the environment pollution more. One suggestion is carpool with each other in order to reduce the pollution in the air. As well as less amount of fuel will be used.
Another way is the reduction of the consumption we use for energy purposes. This can be done by cutting back on power which is needed at home. This means that once we are done using the electricity in a particular room, switch it off, instead of turning it on. Another way reduction of the energy use can happen is by exchanging the incandescent lights to compact fluorescent bulbs. Most importantly, one of the most efficient ways is by use as much of natural daylight as possible.
Another way to improve the lifestyle, is the eating smartly. It plays a vital role in each and every human being. The various ways to eat smartly are one, start eating organic and fairly traded food when you can.
Second way to eat smartly is the grow your own vegetables and crops in your own garden or if u own an agricultural land then instead of building apartments and houses, start growing organic crops.
Another way to eat smartly is take as much food as you want to eat and complete the food which is taken by you. It is better if we take little at a time instead of wasting the food. If we are taking parcel from a restaurant or purchasing something from a store prefer on choosing products with eco-friendly packaging.
Many cars and buses can pollute the air by releasing gas in the air. It is necessary that the pollution check is done every 6 months to 1 year. This is one way to reduce.
Another efficient way to reduce the release of carbon dioxide is use the 3 R’s, reuse, reduce and recycle. These 3 R’s play an important factor in the environment. As we as humans have the tendency to waste a lot of material which can be recycled again. While we are wasting materials and water we don’t realize that so much of energy has been used to make the unnecessary “stuff” that we have thrown away. So before we buy anything it is better if people start thinking on buying what is necessary for them. Also, instead of replacing the appliances which we don’t need, it is better if we try to get them repaired. An example to explain this is suppose a mixer is not working, instead of replacing by buying another one it is better if we get the mixer repaired so that it can reused again. 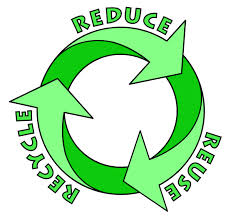 Most importantly it is better to plant more trees and plants instead of cutting them for our beneficial needs. More of afforestation should be done instead of deforestation.
Basically, to summarize how carbon footprint can be tracked daily is by analyzing each day how much of energy has been consumed and how we can use other alternatives. As well as comparing the lifestyle we have now and how we can change it and improve our lifestyle so that it can be helpful to the environment. If we are not still sure about how much of carbon has been done we can always find out by the carbon footprint calculator. In conclusion, here are some ways where we can track the carbon footprint daily and reduce it.