One of the most harmful natural disasters to the environment is the Forest Fire. A forest fire or a wild fire, as the name suggests, is combustion of a large area covered with trees or other vegetation. Wildfires mostly occur in the regions of hot and dry climate, like Australia. The wet or cold climate […]

One of the most harmful natural disasters to the environment is the Forest Fire. A forest fire or a wild fire, as the name suggests, is combustion of a large area covered with trees or other vegetation. Wildfires mostly occur in the regions of hot and dry climate, like Australia. The wet or cold climate does not allow the fire to spread as rapidly and widely as it can travel during the hot and dry months of the year.

A wild fire is very dangerous to the surroundings as well as the environment. The little spark that may have whatever as its cause, the burning cigarette or the short circuit in the wire, it can cover large areas in a very short period of time. Within moments, the tall standing trees get converted to ash. There is a lot of soot and smoke, thus causing risk of respiratory diseases like asthma and lung cancer.

Small incidents can result in the burning of large areas of forest fires.

The loss to the environment is a tragedy as thousands of trees are burnt down. And this does not even contribute to the development, rather, poses great risks of the fire traveling to other areas. According to a data, around 60,000 to 80,000 forest fires occur in United States only annually. This clearly indicates the large number of trees and plants which get burnt down due to this fire. The burning of a forest also proves to be a big loss for the fauna in the forest. The animals get killed or have to leave the habitat and flee to some other place. 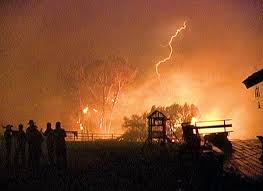 Lightning is one of the major natural causes of forest fires.

Although forest fires are caused by natural events like lightning, volcanic eruption or sparks from rock falls, but many human activities are responsible for these forest fires at the same time. The major causes of wild fire by human beings are electricity lines, discarded cigarettes and campfire. Many of us, who go for trekking in the hilly areas light fire and the carelessness results in wildfires many times. Moreover, the rise in the global temperature of earth has increased the number of forest fires. The climate favorable for forest fires is hot weather, and as earth is getting hotter every year, the incidents are increasing.

One another very important cause of forest fires is the slash and burn method. Slash and burn method is one of the most economical methods to clear off the forest for agricultural or other purposes. By adding some fuel to the area, little ignition can burn the whole forest within hours. Although this practice is very unhealthy and harmful for the ecological system, it still prevails in many parts of the world. 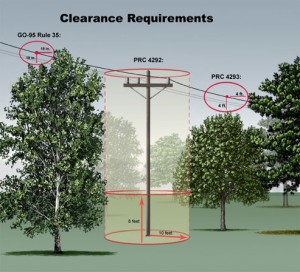 Some preventive measures must be taken in order to prevent forest fires from electrical wiring.

Throughout the world, apart from some regions, human activities are responsible for ignition and ultimately wildfires. Year 2010 observed burning of 1.4 million acres of forests due to human caused wildfires, which is indeed a very big figure. The next year, the wildfires caused by human carelessness increased fourfold, to about 5.4 million acres, even surpassing the naturally caused wildfires. The figures are a straight forward indicator of how the care free nature of ours is pushing the planet towards fire and increasing the average temperature of the planet.

A chopper trying to distinguish the widely spread forest fire.

Along with causing harm to the environment, these wildfires also pose a risk to the adjacent housing colonies. There have been incidents where these wildfires have torched many homes, resulting in a huge loss of property.

But I doubt if the number of forest fires will keep on increasing after some years, apparently not. By then, we might have but all the trees and burnt all the forests. And that will not be a good day, believe me. The need is just to be a bit more careful. A research by National Geographic in San Diego, California indicates that human activities are largely responsible for the forest fires. Some preventive measures have been taken in the area, after observing some large wildfires in the recent years.

On one hand, we are cutting forests. On the other, we are burning them. I am not sure about the intentions of human beings. Pause here for a moment and try to think the future aspects of the activities you are doing today. Human activities have now replaced the cause of a major natural disaster like forest fire, which clearly indicates that it is not a good sign. So the next time when you smoke, do not throw the discarded cigarette anywhere. The little move can burn thousands of acres of forests. And the little precaution can save those thousands.

The choice is yours. A little safety can reduce the number of wildfires considerably. Stay careful. Stay Green.