Science and technology has advanced so much that there is nothing left undone or unexplored. People have reached the skies, literally. Famines and droughts are strategically given several appropriate solutions that could drive these hindrances away. One of them being cloud seeding. During acute weather conditions where there is a grave scarcity of water, there […]

Science and technology has advanced so much that there is nothing left undone or unexplored. People have reached the skies, literally. Famines and droughts are strategically given several appropriate solutions that could drive these hindrances away. One of them being cloud seeding. 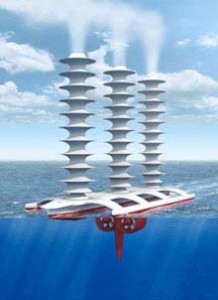 During acute weather conditions where there is a grave scarcity of water, there have been many deaths happening around the world. People don’t get sufficient water for their survival. But, science has left nothing unfinished and thus, even these famines can be aptly subsided.
In countries like Spain, Australia, United States, United Arab Emirates and France, this process has turned out to be very successful.Moreover, there were also storms in deserts like the one in Abu Dhabi which serves as a successful evidence for cloud seeding.
In cloud seeding, the rain water is made to fall artificially. This not only serves as water to the various water bodies but also confirms us of a famine-free land.
How is the cloud seeding process done? 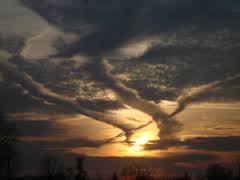 The seeds are generally sparged on the clouds by plane or by spraying on them from the ground through ground generators or by a rocket.Cloud seeding is basically a modification of the weather by spraying substances to the clouds that is actually a cloud nuclei. This is normally used to improve any precipitation like fog, hail and rain.
Silver iodide and dry ice are the chemicals that are normally used for this.
The process: 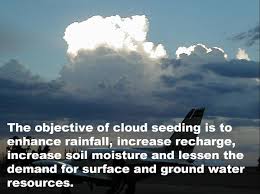 When the super cooled droplets of water form ice crystals are suspended, they are heavy and unable to stay there any longer. Thus they come down as rain when the crystals melt in water.The air normally contains water and this is brought together using certain chemicals. This then forms crystals which melt to form rain.Silver iodide has a crystallized structure and the dry ice then cools it down.
How harmful is cloud seeding?
There are many drawbacks associated with cloud seeding. Health problems and environmental impact ranges from tornadoes, suppression of the rain to the toxicities of excess silver iodide.
Rain suppression would cause a very unfortunate impact on agriculture. This would result in several repercussions like lack of vegetation and crop harvest tends to get poorer.
Moreover, there have been several medical issues too. Silver iodide causes respiratory and skin disorders too. It also causes renal and pulmonary lesions and also Argyria. Argyria is a situation where the discoloration of skin takes place. 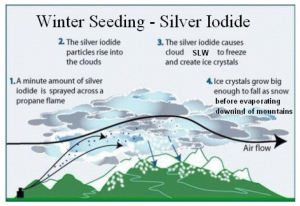 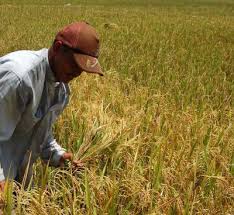 Cloud seeding improved rain and snow but prevents the formation of hail. Thus frozen types of precipitation is reduced and the crops grow freely and well-nourished.
*Economic improvement!
Due to the artificial rainfall that is produced, it turns out to be a boon especially in developing countries where there is acute need for rainfall for agricultural or other purposes wherein there could be a economic-improvement brought out through this.
*When the naturally dry areas receive rainfall due to cloud seeding, there won’t be any fear of droughts and can also attract tourists. Moreover, it can also be used as a cultivable land or people can merely stay in these areas too with no trouble regarding the scarcity of water or food.

Yet, in spite of the several advantages seen, there are an equal number of disadvantages too.
* Harmful to environment!
According to the United Nations environment programme, the process of cloud seeding is termed to be quite harmful to the environment and produced many drastic effects too.
*’Iodism’ is caused by ingestion of iodides and this can lead to many health disorders like allergy in the mucous membrane, running nose and also skin rash.
*When cloud-seeding is done in consecutive years, there are certain adverse effects that happen which can be sadly not reversed. So, these effects turn out to have a permanent affect.
*The entire technique that is involved in cloud-seeding cost a huge amount of money and can be said to be expensive. 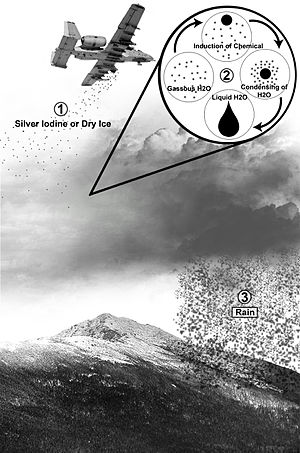 *No matter how useful it turns out to be to produce rainfall, it also poses a grave risk of flooding due to the uncontrolled rainfall that may occur at adverse conditions.
*With the artificial production of rain, the lives of several animals will definitely be at stake. It’s not only the fauna but also the flora which has an equal risk too. Thus, all the living organisms are supposedly threatened too even though it is done for a common benefit. 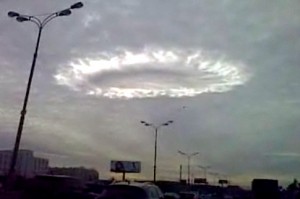 Cloud seeding has various advantages and disadvantages as well. There is no technology, as we all know, that is not tied with negative aspects. It all depends on how we use them to bring out some real improvement or environmental change. Cloud seeding is one of them, where the agricultural practices in certain areas can go up one notch higher just by the optimism and productivity that this artificial rain bestows!