Community knowledge refers to the knowledge possessed by the different communities and societies all over the world that is utilized to carry out the day to day activities. Community knowledge includes scientific knowledge associated with occupations and life styles influenced by industrialization, also knowledge associated with traditional occupations, especially in developing countries. Both the kinds of knowledge have separately contributed in their own way towards the process of development of mankind. In this article, we discuss some aspects of traditional and scientific knowledge of societies and the need for their integration in relation to sustainable development. 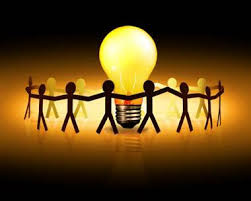 Moving on to the term TRADITIONAL KNOWLEDGE, in literature, it is described as “A cumulative body of knowledge, know-how, practices and representations maintained and developed by peoples with extended histories of interaction with the natural environment. These sophisticated sets of understandings, interpretations and meanings are part and parcel of a cultural complex that encompasses language, naming and classification systems, resources use practices, ritual, spirituality and worldview.”

It develops with certain groups or communities over a given period of time and within a specific environmental and social settings. The practitioners of traditional knowledge provides the basis for many aspects from our day to day life. Various examples of traditional knowledge are hunting, location, collection and storage of water, construction and maintenance of shelter.

As we had discussed the traditional knowledge, now its turn for our MODERN SCIENTIFIC KNOWLEDGE discussion as science and technology have contributed immensely in the process of development , mankind has taken tremendous strides in the understanding of nature and in various fields that were unimaginable without science and technology. Modern science often builds on traditional knowledge, for example, several medicinal properties of plants and trees prescribed by local healers and practitioners of indigenous medical systems after scientific research have been developed into drugs. 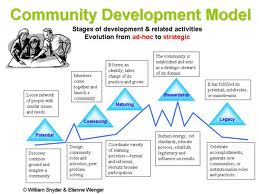 Need for INTEGRATION OF SCIENTIFIC AND TRADITIONAL KNOWLEDGE FOR SUSTAINABLE DEVELOPMENT as experience has demonstrated that quite often scientific methods and resulting approaches in specific communities do not work.  For example, several biodiversity conservation methods have failed as the strategies adopted were not compatible with the local system. The process of change is not adopted by the people, so it cannot be sustained. On the other hand, if the people are being able to contribute their local resources into the process of change, the development becomes not only sustainable but also gets accelerated.

The attainment of sustainable development calls for balanced interrelated policies amongst all nations and communities. Government all over the world realised that it is not only necessary to respect varied cultures and traditions but also that the enrichment of diversity is in itself the path for overall sustainable development.  Accordingly the two forms of knowledge should be combined, enhanced and greater use of both scientific knowledge  and technology. So, moving towards a sustainable development in many areas will require a closer co operation between scientists in formal organised institutions and the holders of traditional knowledge in informal unorganized sectors. 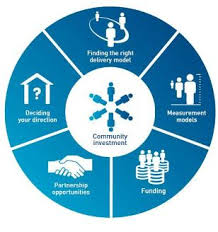 Today, the greatest challenges which the world community is facing are the issues of socio economic growth, poverty reduction, human welfare and development and the protection of the earth’s resources, commons and life-support systems, People, governments and the scientific communities all over the world have now realized the importance of sustainable developmental strategies. These groups have stressed the need for harnessing both scientific knowledge and technology on the one hand, and traditional knowledge on the other hand to solve many issues related to sustainable natural resource management and biodiversity conservation. Thus, formulating policies for sustainable development will require a closer cooperation between scientists and the holders of traditional knowledge which include local people in general and indigenous people in particular.

Efforts are being made towards this endeavour and in India, already several scientific and technological laboratories are working towards this goal, They are identifying locality specific problems, collating the information about the indigenous knowledge and upgrading this knowledge for local use. This has resulted in the generation if employment and an overall elevation in the socio economic status in selected areas.

Last but not the least, what i want regarding  the partnership between scientific community and indigenous people are that, certain rules and principles should be applied which are, like respecting  social and cultural bases, effective participation of the traditional knowledge holders during all stages sustainable development policies, training to equip young scientists and indigenous people to carry out research on traditional knowledge, recognizing the rights of traditional people to own, regulate access and share benefits of their unique sets of knowledge, resources and products,  and also ensure that the full and effective participation of traditional knowledge holders during  all stages of sustainable development policies, plans and programme. alongside the scientific and technological knowledge. 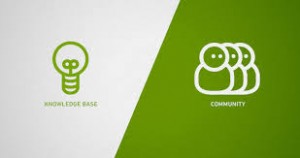