The dam was so huge you had to stretch your neck in an obtuse angle to catch the entire height of it. The water was yet to gush from those barrage gates but the director of the program could totally imagine white raging waters gushing down those cement slopes, making a lot of sound. This […]

The dam was so huge you had to stretch your neck in an obtuse angle to catch the entire height of it. The water was yet to gush from those barrage gates but the director of the program could totally imagine white raging waters gushing down those cement slopes, making a lot of sound. This sound was the sound of success to him. The turbines would generate so much energy. The entire power requirement of the region could be satiated. He could also dream of all the revenue that would flood into the state government treasury, a possible promotion was plausible too.

What the day-dreaming of this engineer conveniently left out were the thousands of people standing outside the barricades, silently protesting against their ruthless displacement. A lot of them had created temporary hutments outside the dam barricades and had them broken down by the police forces every now and then. A lot of one-sided violence by the police was witnessed by the locals and followed by a lot of pacification by the state government. A lot of resentment, anguish and anger on the part of the villagers followed suit.

The very many advantages of hydroelectricity have all been drummed loud around: it is the next best thing in the world of alternative energy, it provides livelihood, it can harness natural rivers without changing its quality, it can supply so much more energy than conventional counterparts. So on and so forth. But building a dam is a lot many disadvantages and most of them pose serious threats to the environment and the local ecosystem. Dams adversely affect riparian (stream-side) environments in biological, chemical and physical aspects.

• By the simple laws of physics, we know that water always seeks its height. The great height from which the water falls will need an equally large area to fall and reform into a stream. This means that a very large area around the dam has to be cleared of all vegetation and life. This means, uprooting a large number of ancient trees and everything that lives on or off it. Hundreds of birds, insects, reptiles and other animals living on these trees are rendered homeless. The enormity of the situation can be easily measured by taking into account how many organisms reside in each square meter of that region: a large number, to be sure. When it comes to dams, many square kilometers of land are ruthlessly cleared for the water to reform into a downstream water body.

• Dams change the speed of the river from a free-flowing upstream river to a slow moving, almost stagnant reservoir. The aquatic life of free flowing waters and stagnant water bodies is completely different and most of the organisms cannot adapt to the change in water velocity and perish. A large number of dead fish can be seen floating on the surface of rivers near dams due to this very reason. 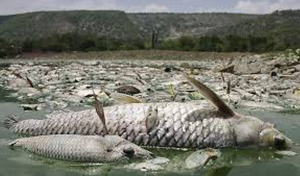 • Change in the velocity of the river water also changes its temperature. The various layers of water in a fast flowing stream are stabilized at different temperatures by virtue of sunlight penetration. Aquatic life thrives accordingly at these different temperature zones. However, falling from a great height in dams and losing potential energy causes the water to lose a lot of heat. This results in an imbalanced temperature distribution in the slack reservoir of water.

• Other changes due to the velocity change include physical shifts, an alteration in chemical composition and dissolved oxygen level of the water. A free flowing fast river has a higher degree of oxygen dissolved in it than a stagnant reservoir and this affects the aquatic life adversely and causes a huge loss in biodiversity.
Non-native and invasive species like snails, algae, etc. start growing and increase manifold in the waters, competing and sometimes eliminating the native species present in the waters. Stagnation of water also sometimes causes eutrophication as well. Too much algal bloom on the surface of the water brings down the dissolved oxygen content devastatingly while the aquatic life struggles to get oxygen for respiration. 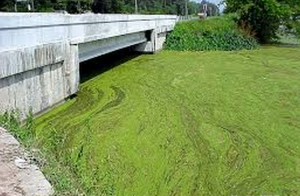 • Sediments are of vital importance to support the aquatic vegetation in every water body. However, a dam holds back sediments as only water is allowed to gush down the gates. As a result, the sediments that are sent downstream to replenish the riverbeds are not allowed to go down. A Riverbed downstream a dam is always eroded and lacking in nutrients due to failure to get replenished on a regular basis.

• Due to various reasons, fish species may also go extinct as a result of building large dams over rivers with a fragile ecosystem.

• Coming to effects on humans, entire villages are displaced to create falling area for the water around a dam. The villagers lose their only source of income: agricultural land as well. As compensation, a meager amount is given out to them which does not cover even one-tenth of the loss incurred by them. A lot of resentment, immigration, frustration, confrontation and deaths follow. 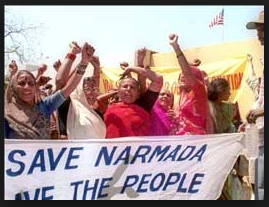 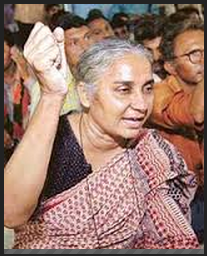 in India has raised the issue and garnered a lot of attention but it has not been able to solve the deadlock completely. Dams are certainly a good source of alternative energy however they wreck massive havoc in the ecosystem around them and discomfiture to humans as well. Maybe the bright engineers should come up with better ways to harness energy, ones, which do not harm the environment like those huge cement slopes of the present do.