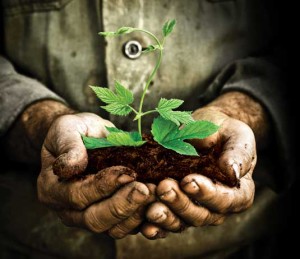 Deforestation is the clearance or clearing and the removal of a forest cover or stand of trees where the land is thereafter converted for non-forest use. Examples of deforestation are mainly the removal of forestland for conversion into farms, ranches, or for urban use.

Deforestation is the cause of various activities, primarily being the cutting down of trees on large scale for urbanisation and industrialisation. The removal of trees without sufficient reforestation has resulted in damage to not only the habitat and biodiversity, but also loss in aridity.

Atmospheric: Deforestation is said to be one of the major causes for global warming, and is often regarded as a major cause of the greenhouse effect. 20% of the world’s greenhouse emission is due to tropical deforestation. “According to the Intergovernmental Panel on Climate Change deforestation, mainly in tropical areas, could account for up to one-third of total anthropogenic carbon dioxide emissions. But recent calculations suggest that carbon dioxide emissions from deforestation and forest degradation.” In developing and developed countries the system of providing monetary compensation and benefits for use of substance that do not emit GHG (green house gases) is being adopted. This is a very successful approach towards environmental protection.

The water cycle is also affected by deforestation. The process functions in the following ways. The roots of trees extract water from the ground beneath and release it into the atmosphere (the process of transpiration), when trees are removed then the process of transpiration does not take place resulting in drier climatic conditions and increase in the temperatures. Deforestation reduces the amounts of water in the soil and the level of groundwater as well as the amount of atmospheric moisture. The soil which becomes dry makes water intake for plants difficult as their roots will have to move deeper into the soil in search for water.

Trees and plants in general, affect the water cycle significantly:

Undisturbed forests have less soil loss because the trees do not allow the sand to erode away. The rate of soil erosion increases drastically with the increase in deforestation, by increasing the amount of runoff and reducing the protection of the soil from tree litter.

Rise is deforestation has resulted in the cause for drop in economic growth, standard of living of people and reduction in global GDP by approximately 7%. The industry of forest products is one of the major establishing industries. Short-term economic gains made by deforestation for industrial and urban purposes, typically in the loss of long-term income and long-term biological productivity.

Following methods can be used to control deforestation and keep it under check:

FOLLOW GREEN LIVING! Plant a tree and treat it like a part of your family. Try to stop people from harming our environment in several ways. This is our planet and we need it more than it needs us. Stop cutting down of trees and plant more for a greener and better future for you and for me. From the process of photosynthesis (where plants take in the carbon dioxide and provide us with oxygen) to the process of transpiration they only do good to us. Let us help embrace the god and leave the bad behind.