You are here: Home \ Environment \ E-Waste: An emerging problem
Environment
0

“Electronic waste” may be defined as discarded computers, office electronic equipment, entertainment device like television, refrigerators, computers etc. the waste which is caused by electronic material is known as e waste.This definition includes used electronics which are destined for reuse, resale, salvage, recycling, or disposal.e waste generally means that waste which is caused by old gadgets which we do not use and are dumped by us. we actually do not know that e waste is not actually wast. we can reuse it recycle it not completely but some of the components can be recycled and reused. Others define the re-usables to be “commodities”, and reserve the term “waste” for residue or material which is dumped by the buyer rather than recycled, including residue from reuse and recycling operations. Because loads of surplus electronics are frequently commingled), several public policy advocates apply the term “e-waste” broadly to all surplus electronics. 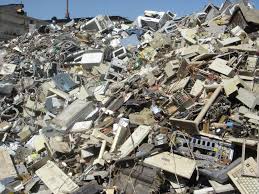 the graph of E-waste is growing rapidly because the markets in which these products are produced are also growing rapidly as many parts of the world.’ In this era the market of electronics is growing rapidly so the demand for new products and gadgets is increasing and the older ones are ignored and thrown out as waste. the innovations in the it and electronics sector is adding up to the factors causing e waste many of the components of these devices are non-biodegradable that is they are not easily decomposed which is hazardous for nature. Additionally, economies of scale have given way to lower prices for many electrical goods, which has increased global demand for many products that eventually end up as e-waste.

In addition to various hazardous materials, e-waste also contains many valuable and precious materials. In fact up to 60 elements from the periodic table can be found in complex electronics. Using the personal computer (PC) as an example – a normal Cathode Ray Tube (CRT) computer monitor contains many valuable but also many toxic substances. One of these toxic substances is cadmium (Cd), which is used in rechargeable computer batteries and contacts and switches in older CRT monitors. which is very useful on the other hand if we think of decomposing it then it is extremely toxic to humans, in particular adversely affecting kidneys and bones Beyond CRT monitors, plastics, including polyvinyl chloride (PVC) cabling is used for printed circuit boards, connectors, plastic covers and cables.When burnt or land-filled, these PVCs release dioxins that have harmful effects on human reproductive and immune systems. the material if used efficiently is of great use but if left rotted has adverse affects. Mercury (Hg), which is used in lighting devices in flat screen displays, can cause damage to the nervous system, kidneys and brain, and can even be passed on to infants through breast milk, which can lead to death.precious metals like pladium, silver, lead , arsenic, gold ,platinum are examples of metals which are being dumped in electronic waste and if recycles or extracted from the waste can benefit economically. on the other hand these metals if decomposed release gases which react with oxygen and cause air polluted. 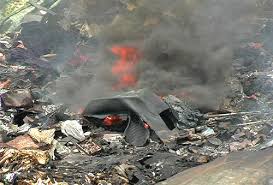 Because of this complex composition of valuable and hazardous substances, specialized, often “high-tech” methods are required to process e-waste in ways that maximize resource recovery and minimize potential harm to humans or the environment. Unfortunately, the use of the these specialized methods is rare, with much of the world’s e-waste traveling great distances, mostly to developing countries, where crude techniques are often used to extract precious materials or recycle parts for further use. These “backyard” techniques pose dangers to poorly protected workers and their local natural environment.
Moreover, they are very inefficient in terms of resource recovery as recycling in these instances usually focuses on a few valuable elements like gold and copper (with often poor recycling yields), while most other metals are discarded and inevitably lost. In this sense it can be demonstrated that resource efficiency is another important dimension in the e-waste discussion in addition to the ecological, human security, economical and societal aspects.

Because so much of the planet’s e-waste is unaccounted for, it is difficult to quantify e-waste amounts. Moreover, the types of e-waste included in government-initiated analyses and collection programmes vary from country to country. Under the current version of the WEEE Directive, the EU has 10 distinct product categories, whereas in North America it is typically limited to Information and Communications Technology (ICT) products and televisions and in Japan to four product categories including TVs, air conditioners, refrigerators and washing machines.
The deviation in categorization of e-waste notwithstanding, reasonable estimates are in the order of 40 million tonnes p.a., which is enough to fill a line of dump-trucks stretching half way around the globe.

electronic waste is continuously increasing day by day. as new gadgets are being launched in market the older ones are being dumped. every day number of new mobile phone is entering market and attracting eye of every teenager ..naturally the older one is going to be dumped. day by day new and more advanced gadgets are manufactured. .
older ones are just thrown out. yeah those are useless but they contain some elements some metals which can be extracted out and become useful and if decomposed directly can cause great threat to human.for epitome cadmium as explained earlier in this article
steps should be taken to use this e waste as it can create major problem to environment if not used properly.IN Delhi some poor people at their level recycle and extract some heavy metals from the scrap. they do it for just fulfilling their basic needs but if those illiterate people are given knowledge about those metals then they can work more efficiently ans safely. moreover educated people do not know about the concept of e waste. in colleges schools seminars should be organized to make people aware about this current affair. some mobile companies have started a policy of taking back old phones and extracting useful materials from them. other electronics companies should also start this policy and they should make sure that their customers know about their scheme and they should offer any attractive gifts or schemes so that people come to give their old devices back. in united states there is a waste management company which manages all the electronic waste and makes best use of it. all countries should start establishing these kind of agencies.
In summary we can say that it is not an easy task to process e waste but there can be a start from a basic level. this is a problem of global concern because nature of production and disposal of waste in a globalize world .This raises concerns about resource efficiency and also the immediate concerns of the dangers to humans and the environment.