Earth hour- a united effort towards a better planet

Earth hour is a worldwide phenomenon engaging more than seven thousand cities across the world in a joint and collaborative effort to help protect the earth from environmental concerns. It was first started as a lights-off initiative by World Wide Fund for Nature or WWF in Sydney, Australia but has now gathered epic proportions with […]

Earth hour is a worldwide phenomenon engaging more than seven thousand cities across the world in a joint and collaborative effort to help protect the earth from environmental concerns. It was first started as a lights-off initiative by World Wide Fund for Nature or WWF in Sydney, Australia but has now gathered epic proportions with the participation of more than hundred countries of the world. It is now much more than just an annual event- it is the celebration of earth itself. The time has come for us to turn off our lights and let the earth shine in all its splendour.

When does earth hour take place? Earth hour goes underway every last Saturday of the month of March since 2007 when it was first started. It is usually held for one hour, between 8.30-9.30 pm at night. The last earth hour took place on 29th March 2014 from 8.30-9.30pm. If you have not taken part in earth hour before, make it a point to be a part of it next year. What happens during earth hour? During earth hour non- essential lights are switched off for one hour to pay homage to our beautiful earth. It is a united effort by the countries to prove their commitment and loyalty towards the environment and usher in a better future for the planet. Households, offices, malls or any other buildings are encouraged to switch off their non-essential lights for just one hour after which they can be turned back on.

Are there any risks involved?

Safety is not compromised in any way during the entire event. Street lights and other indispensable lights are not switched off during the event. You only switch off the lights that you don’t need or which you can do without for at least one hour. Another major concern is that if so many lights go out and come back on together, there may be a power surge in the locality. But the truth is that not everybody turns their light back on at exactly the same time. It is advised to turn your light back on a little after one hour. This way, you can avoid a power surge. It is also advised not to walk around the house in darkness or you can risk getting hurt. Try to stay in the same place and engage yourself in an indoor activity that does not require you to move.

How can you celebrate earth hour?

If you want to be a part of this global phenomenon then you don’t have to do much apart from switching off the lights during the designated hours of the last Saturday in March. Switching off the lights does not mean that you have to stay in utter darkness for an hour. You can keep some essential lights switched on to prevent a complete blackout. Take out some candles and enjoy a candle-lit dinner with your family and loved ones. Apart from that some other activities you can enjoy are story-telling, cooking, looking at constellations in the sky or listening to music. You can also put up a tent in your backyard and have a camp out with your friends. It is a wonderful opportunity to relax and get some time out from your hectic life.

How can you make the event even more eco-friendly?

There is an interesting idea that you can employ to take the earth hour to a whole new level. Instead of using ordinary candles, be truly eco-friendly and use organic candles instead. You can get beeswax or soy organic candles at many online stores. Also, if you really want to make some positive changes, switch off your laptop, television, DVD player, air conditioner and other appliances while the event is underway.

How can you turn it into a united effort?

Earth hour is best enjoyed with everyone around you and that includes your family, friends, colleagues and neighbours. Encourage everybody you know to participate in this activity along with you. This is an excellent opportunity to raise awareness among the community regarding our incessant energy usage and its effect on the environment and climate.

What are earth hour projects?

With time, earth hour has turned into something much more than a mere one hour lights-off activity. In recent years, various projects have been taken up by WWF as a part of the earth hour campaign. Some of these projects include saving endangered species of animals, protecting forests and provide financial aid to distressed countries. Everybody can be a part of these projects by donating or raising money for them. 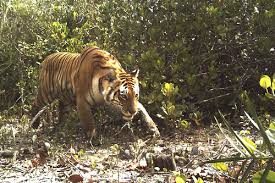 Earth hour has garnered unwavering success in the last few years. In spite of being just a one hour event, it has successfully helped many countries save thousands of megawatts of energy in that limited time frame. This goes to show that if we stay united and work towards a thing collectively, we can achieve outstanding results. Earth hour is an event which is not confined by language or culture barriers. No matter the country you stay in, you can take part in this event and join forces with the rest of the world in bringing a change on the planet.