What material causes most harm to the environment? What material is such that nothing short of a blanket ban on it is sufficient for ensuring environmental safety? What material clogs up huge portions of the underside of the Earth’s surface and can lie there for millions of years, literally, forever? Well, if a survey was […]

What material causes most harm to the environment? What material is such that nothing short of a blanket ban on it is sufficient for ensuring environmental safety? What material clogs up huge portions of the underside of the Earth’s surface and can lie there for millions of years, literally, forever? Well, if a survey was taken on these questions, the general consensus would say that plastic would top the list as the answer to most, if not all such questions. One fine example of plastic eating into the Earth’s top soil layer is what is generally argued to be the most developed country in the world. The United States Of America. One could say that excessive amounts of plastic are generated by this country because it The Global Super Power, but that kind of an argument is fundamentally flawed as far as I am concerned. If a country claims to be as developed as the USA, it should by definition have the suitable system in place to dispose of all its waste in a manner that benefits the environment. If not, it should at least do its best to not harm the environment further. 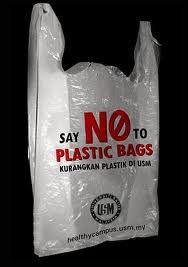 But statistics say that tens of BILLIONS of plastic is generated by the United States. Most of this is disposed in huge land-fills where it stays put stubbornly against all microbial action for the next uncountable number of years, unless of course some socially active philanthropist gets it into his mind to become the scourge of all plastic land-fills in the world. Not likely, is it?

There are efforts underway to reduce plastic deposits in the landfills, but the best that has happened so far only delays the deposition of plastics in the land-fills. What happens in this case is that the plastics that are used these days are recycled multiple times so that they are deposited in the landfills as soon as they are used once. But they too have to end up in the land-fills some day. So the fact remains that if the deposition of plastics can be avoided altogether, the damage that we have already inflicted on our planet can begin to be reversed. It is towards this goal that we have to work in order for the safe future of our planet.

But the thing is that the very term ‘eco-plastic’ seems like an oxymoron to most. How can ‘eco’ and ‘plastic’ go hand in hand ask those too lazy to make an effort. They say that though the eco-plastics can be recycled they do harm the environment in all stages of production and during their eventual disposal. What they don’t realise is that what they want are plastics that are biodegradable to some extent at least. But these are not called eco-plastics. The right term for them is bio-plastics which are an entirely different class of plastics altogether. Bio-plastics are obtained from animals and other biological materials instead of the traditional types of plastics obtained from fossil fuels. The main requirement that these have to fulfil is that they have to degrade in the land-fills and not remain inactive like their recyclable counterparts. 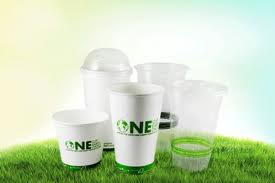 Made from plant materials, bio-plastics are said to be able to degrade under compost bin conditions and in land-fills. These kinds of plastics are starch, often corn starch, based. One of the most common forms is polyactide (PLA) plastic. This is often used in biodegradable food trays and cups. Another material that can be used is polyhrdroxyalkanoate (PHA). This kind of plastic uses beetroot or sugarcane as feedstock, and is used in cosmetic bottles. Plant tissues are used in making cellulose based plastics. Soy protein and lactic acid are also used in making bio-plastics. There are plenty of unclassified bio-plastic materials as well. 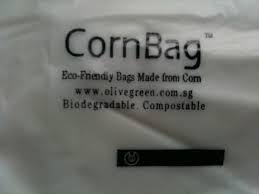 Recently, a company called ECM biofilms has come up a type of plastic that degrades faster in land-fills. This is achieved by adding pellets that to the plastic in the manufacturing process that causes the end product to degrade faster. Another recent innovation by the company Novomer aims at reacting carbon dioxide and carbon monoxide with liquid metal with offers the additional advantage of removing these gases which can cause serious harm to the environment from the atmosphere as well.

Most of these new materials degrade between within a time period of three months to one year. Some materials can take even longer to decompose in compost bin conditions, or not at all, says research.

The results are unsure as of now because this new technology is relatively untested and not enough time has elapsed to make a quantifiable judgement on whether or not these plastics are actually degradable or not.

But whether or not they work, they are the best option that we have at present. So, in the words of Kirk, “Damn the torpedoes and full speed ahead’.