You are here: Home \ Environment \ ENVIRONMENTAL ISSUES OF HYDROPOWER.
Environment
0

The issues of climatic change on account of the energy sector,  we can say that they are responsible for  GHG emissions and global warming. But there is always one question arises, that “how do various energy production technologies and energy consumption patterns are affecting the environment. So, the use of renewable energy resources is not […]

The issues of climatic change on account of the energy sector,  we can say that they are responsible for  GHG emissions and global warming. But there is always one question arises, that “how do various energy production technologies and energy consumption patterns are affecting the environment. So, the use of renewable energy resources is not entirely free for environmental problems, in particular, mega dams for generating hydropower have met with a great deal of opposition due to serious environmental and social issues.  So, in order to form an informed opinion when it comes to evaluating and deciding about energy options suitable for our situation. This discussion also leads to another very crucial aspect of energy environment interface, namely, the disparities among the developing and developed nations in terms of energy use and production.

Here, we will mainly focus among the major concerns related to hydro power energy and environment by analysing the aspects. Basically, HYDROPOWER issue is an environmental issue in RENEWABLE ENERGY SECTOR. Certain problems such as siting and land use are common to many of the technologies including hydropower technology 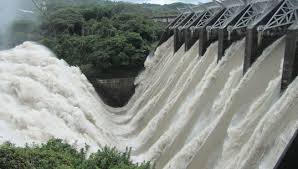 For example, the large amount of land required for utility scale solar power plants and mega dams is a cause of concern. But the general belief is the thermal power projects are more polluting and damaging the environment than the hydro electric projects. The main reason behind this impression is that there are visible symptoms like smoke emanating from chimneys, disposal of fly ash etc. The reality , however , is that current hydro power technology, while essentially emission-free, has many undesirable environmental effects. The reservoirs created by mega dams frequently inundate large areas of forests, farmland, wildlife habitats, scenic areas, and even towns. In addition, the dams can cause radical changes in river ecosystems both upstream and downstream.

A large number of dams have been constructed worldwide for drinking water, hydropower, irrigation, navigation and water storage, and for various other issues in order to help people and for certain economic and social development to the country.  But today, dams are the symbolisation of economic and social devastation. The benefits and detriments of dams have locked opponents and proponents in hot debate. The major environmental issues associated with the development of hydropower projects include, various health aspects, dams breaches, rehabilitation and resettlement and various other matters, which we have to find out.

The problem of impoundment is that dams changes the chemical, physical and biological processes of river ecosystems, providing adverse effects on the coastal and marine environment.  They change the flowing systems by blocking the flow of nutrients, preventing fish and wildlife migration, reducing river levels, etc. 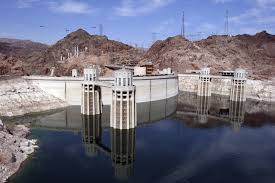 World wide, a common problem with reservoirs is that they trap nutrients – laden sediments behinds the dams, which reduces reservoirs volume, resulting increased rate of plants and algal growth, decomposition of bacteria, releasing of phosphorus that nourishes further algal growth.

Hydropower plants can cause low dissolved oxygen levels in water,  a problem addressed using various aeration techniques. Dams have many other impacts on certain other issues too, such as, changing the pattern of flow of water, impact on water temperature and water oxygen levels, dropping the surface water of dams,  leading to an environment unable to sustain.

Flora and Fauna, too are effected from dams and hydropower technology such as, submerging reduces  water flow  or changed water flow pattern downstream leads to changes in fauna. Large reservoir exerts a direct impact on flora and fauna, like, animals may to some extent move to new habitats beyond the reservoir areas, providing suitable conditions to be found.

To ease this trip, hydropower plant may be required to divert water around their turbines at those times of the year when the fish attempt the trip.

In addition to the water, hydropower provides, large dams also provides energy  in the form of electric hydropower. One of the most serious charges against hydropower, though it applies to all dams, is its high social cost in terms of involuntary resettlement. A large number of people have been ousted by dams till date. Mainly the oustee’s are poor or indigenous people who often leave behind productive farms and ancestral homes. Though these groups pay the social and environmental costs of dam’s construction, they don’t receive the benefits, instead, those go to urban areas, and industries.

Large hydropower plants can increase the extent of water related diseases. Large dams offer favourable living conditions to pathogens.  Among water related diseases, one could include, typhus, cholera, several tapeworm and round work=m diseases, which are the result of these. Several serious diseases have intermediate hosts linked to water.  In addition, research reveals that mosquito species carrying malaria etc thrive due to vegetations in dams. If the reservoir is employed both for irrigation and as the industrial and drinking water supply, there will be a risk of infection spread by pathogens living in the water, such infections may spread over large areas. 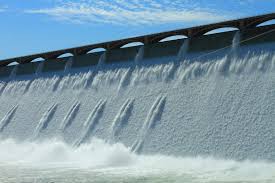 So these are some of the major impact and issues of hydropower energy  and now their is a peakly high time to take steps against it. Hope you all understand it and like it.