An average person on today’s world does not pause to think of food as a commodity for which he has to be thankful for. Even in third world countries, those with a reasonable income do not think or care for a second that what they have for a meal is more than what some can […]

An average person on today’s world does not pause to think of food as a commodity for which he has to be thankful for. Even in third world countries, those with a reasonable income do not think or care for a second that what they have for a meal is more than what some can hope to have in a week. This brings us to the topic of this article ‘Food wastage – A honest insight’.

Though the average person does not pay much mind to food as a commodity, there has been evidence of food being conserved in granaries from over ten thousand years ago. This shows that humanity as a whole recognized the need and importance of food as a primeval means of survival. Hard not to do that really, seeing as going without food for even a day makes you feel kind of uncomfortable, especially in the stomach area.

That being said, one has to ask the question, ‘Why does the common man not think or worry too much about food?’ The answer is simple. One never realizes the importance of something one does not have to work hard to get. Well, there will always be some irritating perfectionists who will want to rain on my parade and argue that everything that man does everything that he works for is centered around food. Yes, I know that. My point is that he doesn’t realise it himself. Ask anyone with a halfway respectable income about some of his more important goals in life, or even just goals in life. Ninety five times out of hundred, he will not list ‘Getting food into my family’s stomach’ as one of them. On the other hand, ask someone with not so respectable an income, and that point will be among his top priorities. Thus, one can really understand the importance of food if he queries someone who has to fight for it.

Then comes the question of why there still are people in the world who have to fight for their food. The United Nations has recognized the Right to food in the Declaration of human rights, 1948. It states that the right to food is vital, without which other rights cannot be enjoyed. Yet reports as recent as 2013 state that there are at least eight hundred and forty two million people in the world who suffer from chronic hunger.

Why this pathetic scenario?

Simple. It is because of that blessed half of the population which does not ‘pay much mind to food as a commodity’ as I pointed out before. Till 2013, half of the food intended to be produced goes to waste, says one report of the British Institution Of Mechanical Engineers. In underdeveloped countries, most of this waste is generated during the production stages. This is understandable as most of these countries might not have the technological know-how to prevent losses due to pests, or losses in transportation or one of a score of other reasons. But in developed countries (please brace yourself if you are faint of heart), over a hundred kilograms (two hundred and twenty pounds) of food gets wasted in the consumption stage per person per year. Thus, it is highly obvious that if this kind of food is not wasted, it could easily feed the entire world, or almost at any rate. 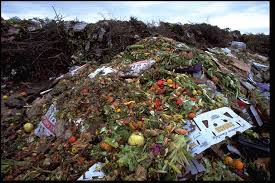 This can be reduced to a great extent by some really simple steps. If you are at a restaurant, order only what you want. If a friend of yours orders a starter, a main course and a dessert, it is not necessary that you should do the same. Forget social niceties for a while and embrace your human responsibilities. If you are at home, know your limits and cook your food accordingly. If some food is wasted, try to refrigerate it for future use wherever possible instead of just throwing it away. 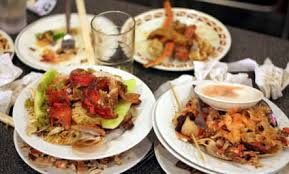 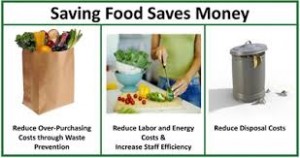 Furthermore, there are a lot of organizations is the world which support hundreds of poor and destitute. Any time you have a party and have food left over, call one of these and have them take your remaining food. That food may be waste to you, but is likely one of the best meals they have ever had for the chronically hungry. This need not be done only during party times. Anytime you have extra food, just call one of these organizations if you think what you have can feed even one person. For, your left over food may seem to feed only one person to you, but in all probability, might feed two, or even three people who are not used to regular meals.

Stop thinking from your point of view for a minute and start to empathize. You will realize how lucky you are, and may just lead you to being hailed as a savior by tens if not hundreds of poor.