How Companies Can Contribute to Climate Control

There was a time that the most common occupation for people was farming. Every other occupation was related to its allied activities. With time, farming became a relatively less popular profession of choice. Modernization of equipments was another trend. With the advent of industrialization, a few decades back, industries were being set up at a […]

There was a time that the most common occupation for people was farming. Every other occupation was related to its allied activities. With time, farming became a relatively less popular profession of choice. Modernization of equipments was another trend. With the advent of industrialization, a few decades back, industries were being set up at a growing rate. Most of the workforce became occupied in these industries.  With the rise in the workforce and the scope of these industries, the requirement of offices was felt, that would be responsible for controlling and managing these respective industries. Each of these offices also employed a large scale of manpower.

To keep them comfortable technological innovations were implemented in terms of temperature control, lighting air-conditioning and many more. This was not only restricted to the offices but was extended to factories as well, as maximum thermal control was required in them. At the same time exploitation of natural resources continued abashedly. The overall impact was that industries and their allied activities became one of the primary contributors to environmental deterioration. The effluents from the industries, the unmitigated use of electrical and water resources and other such factors were some of the causes. It took a significantly long time for the companies to realize the impact of their actions and the need to control it.

1. One of the most widely used principles is the use of CFLs or LED lights to illuminate interior or exterior spaces. As compared to regular halogen bulbs or tube lights, CFLs consume much less power and also last much longer. Use of these lights on a large scale significantly reduces power bills for a company/organization, while at the same time is an extremely effective measure to prevent environmental degradation. The only drawback is that they are relatively costlier than regular lights, but usage results over a prolonged period of time prove that it is a better alternative, especially for industries, that can fairly easily make the initial investment. 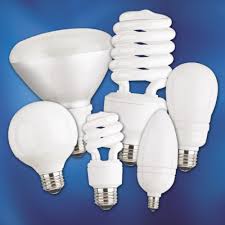 2. Use of electrical appliances with a good green rating is another effective measure to reduce the company’s liability. Higher the rating, the better is it’s functioning prowess. It also has a longer life, lesser power consumption, etc. And in case of appliances such as air conditioners or refrigerators, the emission of chloro fluoro carbons or CFC’s is low or even none. CFC’s are carbon compounds that are one the most common contributors to global warming. One must also make it a practice to switch off all appliances when not in use. Lately there are appliances available that work on the principle of motion detection, which switch off automatically in absence of any activity. With AC’s and refrigerators, the temperature should be set either manually or automatically, optimized in concurrence with the environmental temperature.

3. All sewage discharge should be treated at source and preferably reused, such as in case of flush water. Before being released into the water bodies or the air, all effluents should be appropriately filtered to prevent contamination of the natural resources. Potable water should only be used, where absolutely urgent. As a replacement, treated water can be used for washing, cleaning and gardening purposes.

4. At the designing stage itself the space configuration should be such that the available sunlight is optimally utilized to light up spaces according to the time of use. The design should ideally be climate responsive, with appropriate measures taken considering the location, orientation, climate type, typical characteristics in conformation with the weather and use of local materials. The circulation pattern and the availability of natural air and light should be well thought for optimization of available resources. The material used in construction, should ideally be locally sourced. This is not only-cost effective, but also climate responsive. Climate responsive architecture also takes into consideration, the sunlight and rainfall in a particular region. Buildings that follow green standards of design are ideal. 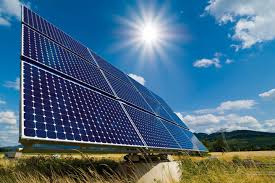 5. The location of industries should be well thought of. The decision should consider the availability of raw materials and manpower in close proximity. If the raw material required for proper functioning of an industry is sourced from a site located in the vicinity, the industry saves money in transport and delivery, while at the same time the reduced fuel requirements and pollution is good for the environment. Similarly, the workforce should preferably be provided with accommodation close to the industrial area, such that it prevents traffic issues, transportation requirements and pollution. Also, a fresh, relaxed workman is far more effective.

6. Implementation of alternative sources of energy is a viable option for industries. Use of solar energy and wind turbines is the most common source of energy except for thermal energy which is detrimental for the environment. Based on the location, hydro energy, tidal energy and geo-thermal energy (uses heat from the earth’s core for power generation) can also be harnessed to aid in the functioning of the industry. In certain cases use of biogas plants is also another viable option. As individuals and as a collaborative effort, one must aim to reduce our carbon footprint. That is the easiest measure, to ensure our minimum contribution to environmental degradation.