Saving the Earth One Hour at a Time

When someone talks about saving the Earth, it seems like a huge responsibility. The conversation tends to consist of some technical terms and definitions that may be out of grasp for most laymen. This only makes the achievement of such a noble and yet necessary initiative, seem even more impossible. It appears to be a […]

When someone talks about saving the Earth, it seems like a huge responsibility. The conversation tends to consist of some technical terms and definitions that may be out of grasp for most laymen. This only makes the achievement of such a noble and yet necessary initiative, seem even more impossible. It appears to be a task that will take incredible amounts of patience, dedication and time. And with the rising trend across the world, where everyone wants to be at the top of their game and stay there, one tends to become selfish and self-centered.

The desire to do something for our world and for its sustenance and the need to make sure our progeny will have the opportunity to witness the innumerable glories of our planet, takes a backseat. One must ensure we give this opportunity the priority it deserves. The best thing is that once you decide to be an active participant, the dream of a healthy planet is not that far away. Activists around the world have come up with an initiative to help those interested, to do their bit. And to make matters just a little easier, to try to make a difference, the concept of Earth Hour came into being.

The World Wide Fund for Nature (WWF) has spearheaded a worldwide movement called the Earth Hour. The event is held across the globe and encourages one and all to contribute to saving the planet. Every last Saturday of March, between 8:30pm to 9:30pm, local time, all individuals, communities, households and businesses are persuaded to turn off all non essential lights and electrical equipments for one hour, as a symbol for their commitment to the planet. Sydney, Australia is the birthplace of this event, where it started out as a lights-off event in the year 2007. Over 700 cities and towns have become involved today in this mass event, since then. 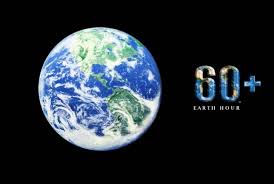 “The Big Flick” was considered to be the working title for the project when the idea of a large scale involvement of Australians in discussing the issue of climate change was first introduced. This was fueled by the scientific findings of WWF, Australia in the year 2004. This inspired a “Lights Out” program in San Francisco in October 2007. The first international Earth Hour took place in 2008, with over 400 cities from 35 countries supporting and actively participating in the event. Landmarks around the world switched off their non-essential lights and a marked difference was observed in their skylines, including the Sydney Opera House, the Empire State Building, the Sears Towers, the Golden Gate Bridge and many more. Over 36 million people participated in the 2008 Earth Hour.

There was a 4 percentage point difference in the awareness among the masses about environmental issues such as climate change, immediately following the Earth Hour. According to WWF, Thailand, a decreased usage of 73.34 megawatts was observed which was equivalent to 41.6 tonnes of carbon dioxide over one hour. Cities around the world from Ontario to Melbourne reported significant drop in electricity consumption which subsequently contributed to reduction in carbon dioxide emissions. These figures continue to grow as more and more people gain awareness about this event and contribute by turning off their lights in their households or even workplaces. 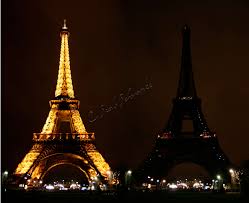 One other important effect of this initiative is the increased awareness of several other environmental issues, such as climate change, pollution, global warming, etc. This eventually contributes to an increase in people’s participation in activities aimed at saving the environment. Regular drives and awareness campaigns become popular in the weeks leading up to the Earth Hour. All media, print, television even radio take the initiative to make this event as popular among the masses as possible. Advertisements and announcements over social networking sites play a major role in propagating the message of the importance of one’s contribution.

The un-interfering nature of this event is one of the reasons for its popularity. Switching off the non-essential electrical sources for an hour on a weekend is not that difficult and typically does not cause any hindrance to essential activities. This hour can in fact be utilized by one to reconnect with our families and friends. Family conversations work better when there is no distraction of a television. People get out of the house and interact with their neighbors and others much more, than usual. Candle light dinners are also common during the Earth Hour.

A massive mainstream community is engaged on a broad range of environmental issues under the blanket of Earth Hour, today. But this now larger movement continues to have this one-hour occurrence as the key driver. This is the easiest, most convenient way for one to show their dedication towards the cause. One hour a year has been reported to be capable of saving thousands of watts of energy. Similarly propagators of this initiative continue to provide additional support to those who want to contribute further towards saving our environment. This not only makes the participants aware of their contribution to environmental degradation but also shows us just how effective the smallest of changes in our lifestyle can be. 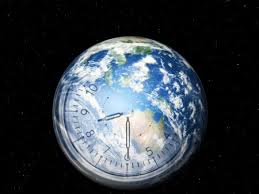