Genetic engineering or genetic modification is the process through which the genetic composition of a living of an organism can be altered, that is to put it very simply. There are many theories on how this modern miracle is successfully redefining our future in more negative ways than positive but the scientific researches that have […] 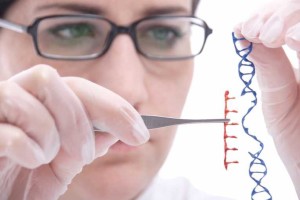 Genetic engineering or genetic modification is the process through which the genetic composition of a living of an organism can be altered, that is to put it very simply. There are many theories on how this modern miracle is successfully redefining our future in more negative ways than positive but the scientific researches that have been conducted on the phenomenon are pretty substandard to vindicate the claims.

Sometimes the health risks that are involved with genetically modified products have been exaggerated, but more often than not overlooked. Though the missing scientific validity of the claim has left it powerless to criticize the process in true meaning of the term but with available evidences of studies conducted on various animals, it is safe to say that it’s not one of the best examples of our technological progress. Attempts have been made time and again to bring it in front of the people the real story behind genetic engineering but all in vain, due to political and economic reasons. Companies have sworn in to declare their products safe as the consumers are left in the dark about what they are being fed. 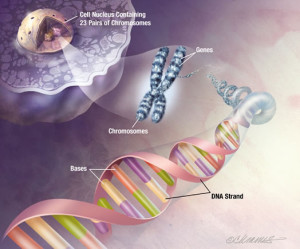 Now the process of introducing a new DNA to an organism in order to manipulate the result into bringing in the desired qualities and changes into a new organism can be listed as one of the greatest breakthroughs of science along with discovery of atom and nuclear science. However nature operates in a complex setting in its own mysterious ways. Therefore any attempt to control or curb the natural process of creation might sound like a huge victory over mortal limitations but has its essential shortcomings. And it may very well be because of those short comings that even though we might have been able to lower the death rate miraculously, we have also signed in to make frequent trips to the doctor for reasons unknown to us or deliberately hidden from us.

There have been people who have been working diligently and even making unexpendable sacrifices to bring you the truth about what actually goes into the art of genetic engineering and the effects of it. There are books, articles, you can even google it and there will be no end to how strongly people have opined against this scientific marvel.

Starting from your rice grain, the wheat, the pulse to the meat, the egg, the fish, the vegetables are all products of genetic modification. Ever since the widespread use of the techniques farmers all over the world have fallen prey to the process of using genetic methods to enhance the quality and quantity of their produce. With every passing day, farmers are taking refuge in more toxic herbicides and sprays to keep the market looking good with fresh swollen vegetables and fruits, creating a perfect combination of what are killing us softly.

One fine example of the process will be the modification of a new kind of flood-resistant rice in China, using a wild species of rice. Terming the hardier rice the Xa21 strain, the developers are looking forward to commercially grow it worldwide. Though this rice might be perfect for all of us, not all products of genetic engineering ensure such safe results. With some combinations producing the desired results, they also bring into the modified organisms the burden of some of the unwanted results which pose a serious threat by virtue of contaminating the non-GE environment.

The risks at this point are unforeseeable with no research results being brought in front of the public but it may also prove to be uncontrollable for the future generations. There is a good chance that an engineered gene may cause a GE organism to be invasive or toxic to wildlife and the solutions to which may not lie in the environment as the fundamental laws of it are being tampered with.

There is a pesticidal protein called Bt-toxin which is produced from engineered corn varieties and the farmers use it as a spray. The companies selling it has declared it harmless to humans but when people are exposed to the spray, they react with symptoms of allergy and irritation. In fact, mice had strong immune responses and excessive cell growth as mice ingested Bt, a crop to which numerous human diseases are linked. 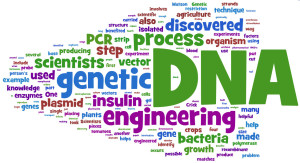 Only to imagine our intestinal flora to be pesticide factories as the genes inserted do not get destroyed by our digestive system but are transferred from the food to our internal organs. With the world’s largest seed producers and renowned scientists are all in work to insert the gene from some organism’s DNA into another’s, do we still need to have something called comfort food? We need to rethink the kind of comfort our food must be bringing into our lives. With this notion in mind, it may now be fairly easy for you to understand and comprehend the true reasons behind those surprise aches and ailments in different parts of your body. As you trace the true instigators of the profit that hospitals and nursing homes are earning all over the world, let’s go back and re-evaluate the success behind the kind of progress science is credited to have made.