You are here: Home \ Science \ Glaciers are melting and we should be concerned about it!
Science
0

Glaciers are melting and we should be concerned about it!

Antarctica is the southernmost continent in the world and the only one which is uninhabited. It’s a frozen landmass which is covered by 98% of ice that is on an average 2kms thick. It’s the coldest, driest, windiest place in the world with very low annual precipitation. […] 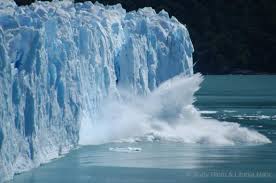 Antarctica is the southernmost continent in the world and the only one which is uninhabited. It’s a frozen landmass which is covered by 98% of ice that is on an average 2kms thick. It’s the coldest, driest, windiest place in the world with very low annual precipitation. The Treaty of Antarctica first signed by 12 countries in 1959 and now 46 countries including India prohibits any military, mining or dumping of hazardous wastes that might threaten the delicate ecosystem of the frozen desert continent. The treaty promotes scientific research for peaceful purposes and promotes free exchange of information among members and international organizations such as the UN. Despite all, the most important fact about Antarctica is that it is the biggest source of fresh water in the world.

Recently, while we were finding ways to beat the dreaded summer heat, some alarming changes took place in the continent, that are set to potentially alter the future of humanity. CryoSat, a European Space Agency Earth-observing satellite, has found a sharp increase in the rate at which Antarctic land ice is melting—it’s losing a staggering 159 billion (yes, billion, with a b) tons of ice every year. Previous measurements (made from 2005 to 2010) were lower, closer to 100 billion tons per year.

Also a study by international research team of Newcastle University UK found out that Earth’s mantle under Antarctica is moving rapidly, changing the shape of the land at a rate that can be recorded by GPS. What this means is that due to global warming and thinning of the ice sheets of Antarctica, the mantle below earth’s crust is moving rapidly altering the shape of the landmass. GPS observations show that the landmass in Antarctica is rising at a phenomenal rate of 15mm per year. As if this wasn’t enough to dismay us, scientific studies by NASA and University of California show that the damage to the glaciers is irrevocable. The glaciers of West Antarctica are already responsible for the majority of the Antarctic’s contribution to global sea level rise, and if these glaciers were to completely collapse, sea levels could rise by at least four feet, potentially inundating coastal cities around the world. Far greater sea level rise possibly up to 15 feet would result if other parts of the West Antarctic Ice Sheet were to destabilize as well.

Another alarming finding by researchers from Australian National University. The increase in CO2 levels and greenhouse warming has strengthened the stormy southern ocean winds which deliver rain to southern Australia and is pushing them further towards Antarctica. This is by far the most alarming finding that has come to light about the Antarctic region. This is because, this not only puts the southern Australian region under the fear of a likely drought but also adds to impending danger of already rising sea levels due to speedy melting of glaciers in the Antarctic.

So you might ask how these changes affect us Indians who live so far from the Antarctic. These studies should concern us all as Indians since we face the threat of rise in sea levels not only from the southern hemisphere but also from the northern Himalayan region. Rising global temperatures have shrunk the total area of Nepal’s glaciers by almost a quarter between 1977 and 2010, with an average of 38 square kilometres vanishing every year, the International Centre for Integrated Mountain Development (ICIMOD), based in the Nepali capital, says in a report.

There have been several accidents triggered by avalanches caused by rise in temperatures in the region; most recently the one on 18th April which claimed the lives of 16 Sherpa guides. So you see that India is virtually sitting on a melting pot for glaciers (no pun intended). IPCC has projected that the Himalayan ice will range from 2% gain to staggering 29% loss by 2035. The memories of last year’s floods in Kedarnath are still vivid in people’s minds as the melting of Chorabari Glacier along with other man made reasons are being said to be the cause of the destructive floods. One may arguably say that the reason for those floods were the mining activities, hydroelectric power plants, dams etc. but we can no longer ignore the volatility the Indian climate has been witnessing for the past decades. Not surprisingly though, this trend is expected to continue in the future as well.

The melting Himalayan glacier poses a threat not only to our ecology but to our economy as well. The IPCC report projects that India’s GDP can slow down by as much as 2 per cent if annual mean temperature rises by even 1 degree centigrade (certain projections suggest the GDP can lose as much as 9% if the effects of climate change are not checked). The production of important food grains is also expected to fall by 40% if the trend continues. India has over half its population engaged in the agricultural sector and any change in the climate is first going to affect the agriculture sector of our economy. The report also predicts an increase in extreme weather events such as last year’s flash floods in Uttarakhand and cyclone Phailin in Odisha if steps are not taken to control the rise in temperature. India is the most flood distressed country in the world after Bangladesh, accounting for 1/ 5th of the global deaths every year with 30 million people displaced from their homes yearly. Approximately 40 million hectares of the land is vulnerable to floods, with 8 million hectares affected by it. So you get the clear picture of what is going to happen to us due to effects of climate change. According to data from 2009, India is the third largest emitter of CO2 after China and USA. This is an appalling and shivery statistic as one can only expect the levels to remain status quo or may be even rise as we focus more on industrial development.

So what can we do about it now? Scientists have already declared that the melting of Glaciers in the Antarctic has reached a point of no return, so is the future of the planet doomed for the next generation?  You decide!