You are here: Home \ Environment \ Science \ Is global warming actually slowing down?
Environment
0

Is global warming actually slowing down?

The hottest topics of debate in the world scientific community of late have always seem to revolve around the issue of global warming. With one side emphasizing the ‘the doom is near’ scenario while the other accusing exaggerated predictions, we the general public are left baffled as to what to actually expect. And the popular […]

The hottest topics of debate in the world scientific community of late have always seem to revolve around the issue of global warming. With one side emphasizing the ‘the doom is near’ scenario while the other accusing exaggerated predictions, we the general public are left baffled as to what to actually expect. And the popular Hollywood movies created around the global warming theme don’t exactly help either.

But certainly enough, we know one thing for sure – global warming poses a threat more serious than nuclear wars or aliens and it has the potential to wipe out the entire human race with no warning. But now scientists claim that the rate at which global warming is accelerating is actually decreasing. And it has been so for the last 15 years. So if that’s the case why are we still facing extreme droughts and totally unpredictable weather changes? Well this article explores the exact subject and attempts to provide a solution to the ever unpredictable phenomenon.

The impact of the looming threat

Global warming’s impact for a long while was not felt by us; because it’s only major impact was to melt the polar ice caps, which have been supporting our existence from year dot. But now we have accelerated it so much, that it has finally started to affect our local weather too. From ice showers during summers to heat waves in the winter, the impact of global warming has made its presence felt by everyone living across the globe. And at the current rate, it is completely possible that all the drinking water that we have might just freeze over or vaporize altogether ultimately leading us to our extinction. 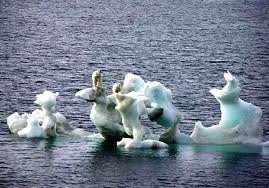 Last year, regions in earth that were once thought to be highly fertile faced droughts and places such as Alaska and Norway had higher temperatures than the tropics during the winter. And scientists believe that it would only get even worse this year. But here is the funny fact; researchers believe that the earth’s temperature rise has been actually slowing down for the last 15 years. If so, then why are we still facing such extreme weather changes? Well, to understand that, you first have to understand how we have altered the earth’s heat rejection cycle.

The changing ways of planet Earth

The accumulation of greenhouse gases in the atmosphere has been the major factor contributing towards global warming. These greenhouse gases, though once saved us freezing to death, are now causing the destruction of the human race. And apparently we are the sole reason for it. Our increased consumption of fossil fuels and the use of sulfate aerosols increased their concentration in the atmosphere and now we are stuck like rats in a steel box kept in the open during summer. Now if it wasn’t for the greenhouse gases, earth would just reflect most of the radiation coming in and store just enough heat to keep the oceans in a liquid state. But since we blocked that path out, earth had no way but to adapt. What it did was, it started storing all the excess heat down below, underneath the oceans. But don’t think it’s a positive sign; this is actually pretty bad news. Now though the global warming may have slowed down, we have in turn paved way to other long term effects that will affect our survival. 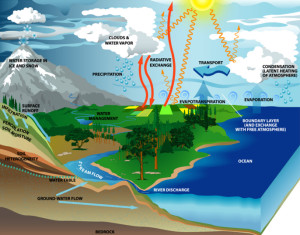 Why are our troubles are far from over?

Earth’s adaption by storing heat away from the atmosphere and into the ocean depths may have reduced the rate of melting of the polar ice caps for now. But apparently our troubles are far from over; in fact it may have just doubled. The heat being stored in the oceans is not just affecting the marine life but is also affecting the ocean currents that play a vital role in controlling season changes and the local weather. Experts believe that due to the excess heat, the paths of the ocean currents have been wildly put off course, and as an end result we all will be buying sunscreen lotions in the winter. It is also affecting the rain cycle resulting in severe droughts throughout the world and especially in the higher latitudes as seen in the droughts of California. So essentially we have just traded one trouble for another.

But scientists, as confusing as always, also say that they are not sure on why earth suddenly changed its strategy on getting rid of the heat. They say it might be due to obvious reasons of adaption, or it might just be a cycle we haven’t yet witnessed. But whatever the reason might be, the effect of it is pretty real. Scientists believe that this unpredictable and nonlinear behavior of the earth climate change is what that’s preventing us from taking precautionary measures. So to put it in simple English, soon the weather forecast will become breaking news flashing on the bottom of the screen every minute.

In summary, yes in a pseudo sense global warming is slowing down, but not its effects on the weather and our survival. So unless we put an end to the production of excessive greenhouse gases and take strict measures to bring back earth to its optimal state, there is no end to this problem.