Many people colour their hair to look trendy and stylish. It is estimated that about seventy five percent of women in the world colour their hair. Rich hues of red, brown and blonde dominate the hair dye palette nowadays. Most of you have at some point in your lives, experimented with hair colour. It is […]

Many people colour their hair to look trendy and stylish. It is estimated that about seventy five percent of women in the world colour their hair. Rich hues of red, brown and blonde dominate the hair dye palette nowadays. Most of you have at some point in your lives, experimented with hair colour. It is especially common among teenagers and elder women. Some just want to cover their grey, while some do it for fun. But have you stopped and given a thought to what hair colour is doing to your health? 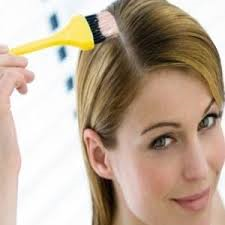 It is no secret that hair dyes contain more than hundred different types of chemicals. These chemicals can permanently damage your hair shafts. But that is not all. It can also bring serious health risks, as found out by recent studies. Moreover, hair colour is harming the environment as well. Every other day, new research is shedding light on the detrimental effects of hair colour on health and body. Some of the results are highly alarming and demand our attention.

There are normally three kinds of hair dyes- temporary, semi-permanent and permanent. The latter is the most dangerous of the three. Ingredients like ammonia and hydrogen peroxide alter the molecular structure of the hair to give it the desired colour. Other substances like lead and coal tar are often linked to cancer and brain damage. The carcinogenic aryl amines present in the permanent dyes can lead to bladder cancer when absorbed by the skin. Carcinogenic substances in hair colour can lead to leukaemia and ovarian cancer among women, as has been detected in some recent studies. Another chemical compound called phenylenediamine or PPD is often linked with severe skin diseases like de-pigmentation and dermatitis. It is an extremely toxic component having significant effect on the immune and respiratory system, nervous system, kidney and liver. Hair dressers are most susceptible to these diseases because of their constant proximity with hair dyes. Many countries have even banned the use of PPD in their cosmetics. But still PPD continues to be an active ingredient in hair colours. Hair colours are especially harmful for young teenagers who have more sensitive skin than mature people. As more and more teenagers lean towards hair colouring, it becomes a cause of great concern.

There are also several side effects of using hair dyes. Allergies are the most common. That is why a patch test is always recommended before using the colour on the hair. Apart from that, skin irritation, hair fall, hair breakage and skin discolouration are some other commonly known side-effects. It is extremely important to use gloves while applying the hair colour. This can somewhat prevent the dye from being absorbed in the hands and later being digested with food. If ingested hair colour can have harsh effects o the body. Above all, don’t let the hair colour reach your scalp. Be very careful while applying hair dye. It is better to leave the job in the hands of expert professionals.

You think the hair colour is only affecting your health? Then think again. These chemical laden hair dyes are contributing to the devastation of environment as well. Did you ever wonder what happens to the rest of the dye that you don’t use? After you throw it away, it gets deposited in a landfill. These harmful chemicals are absorbed by the soil and they sometimes react with the air too. This chemical leeching can have an adverse effect on the nearby ecosystems, causing permanent health risks to the nearby communities. Also, when you wash the colour off your hair, it goes straight down the drain. This contaminated water ultimately ends up in the ocean. As can be guessed, the chemicals have the capacity to destroy the marine ecosystem. Many marine animals are suffering due to the dumping of chemicals in the water.

With so many repercussions, it is a wonder how we still keep on using hair dyes without a care in the world. Most of us remain oblivious to its devastating effects, and others just choose to ignore it. But this is not something that we can turn a blind eye to. As more of the population starts colouring their hair, the health risks will rise up. We have to remember that hair colour is the most damaging and hazardous cosmetics known to mankind. To stop its use, there are some alternatives in the market, the most popular being ‘henna’. Henna leaves can be applied to the hair for natural grey coverage. Coffee can be added for richer colour. The best thing about henna is that it not only colours your hair naturally but makes it voluminous, healthy and shiny. 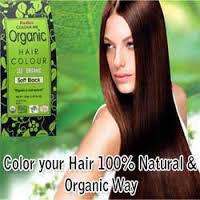 Organic ammonia-free hair dyes can also be used to lessen the harmful effects. They are biodegradable with a flax and soy base which makes them a wise choice for the sake of our environment. Botanical flower extracts give these hair dyes a natural colour without any use of harmful chemicals. Don’t let fashion trends get the better of you. Think of your health and environment first. Stop using hair colour or use the organic ones instead. Prolonged use of hair dye should be stopped immediately. Go the natural way and live longer.