You are here: Home \ Health \ Science \ Go for a Foreign Packaging, as Long as It is not Chinese
Health
0

Go for a Foreign Packaging, as Long as It is not Chinese

A few years ago in 2008 a scandal that rocketed China was the milk scandal that had sickened 53,000 babies and killed 50 infants. You would wish that the country would learn from its mistakes and stop obsessing itself over dummy technology and fake inventions but with the kind of replicates China has been constantly […] 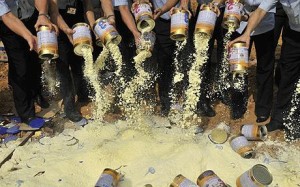 A few years ago in 2008 a scandal that rocketed China was the milk scandal that had sickened 53,000 babies and killed 50 infants. You would wish that the country would learn from its mistakes and stop obsessing itself over dummy technology and fake inventions but with the kind of replicates China has been constantly bringing into the markets, the good sense is yet to dawn upon them. Their innovation will never fail to entertain you, while its implications might shock you out of your core.

Many developed countries had banned Chinese food products following the milk scandal but it has been years since we had that one. After successfully digesting the impact Chinese baby formula had on the kids, it is time we quickly put ourselves through another round of food ordeal. Now China is ready with its fake eggs to invade the international market. The inauguration happens as the fake eggs make it to the markets in Bangladesh. I am not too sure if you can expect them in India, but if we get too lucky to be healthy, we might just witness the phenomenal product as China’s legacy with fake everything continues. 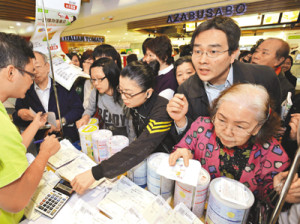 The tainted milk that was powerful enough to claim innocent lives in the name of providing the young ones with essential proteins had melamine in it. It was a dairy product made by Shijiazhuang Sanlu Group, a company that had experiences of one of the worst food scandal in China. The babies we discuss here are 2 or less than 4-5 years old. In another shocking incident a three years old girl in Hong Kong was reported to have developed kidney stones by virtue of the Chinese dairy products. As the government acknowledged the contamination by finding traces of melamine in China’s dairy products it was already too late to restore people’s faith in the already tarnished image of China’s dairy industry.

Like A1 or A2 milk controversy, it was not the liquid milk but the powder and formula that had taken the infants to hospital. The brand that was responsible to have led the three year old to develop kidney stones is called Yili Industrial Group and it did its magic in only three months. The kid had its milk formula every day for 15 months and thus the condition. Yili later made it to the list of 22 companies whose products were taken off the market due to its alleged melamine contamination. Therefore, it was never one brand or one experiment or one invention going wrong. It was a static case of a number of companies as they indulged in the production of a contaminated milk formula for the kids every day. You think no one knew? You do know that is not possible. People knew but they did not care enough do to anything about it.

Does this incident not inspire you to rethink China’s food products? Even the Chinese candies that you pick up from local stores, I am sure you have come across it even though you might not be aware that its made in China. Be aware now when you buy your kids one. I am not saying that they are contaminated too but I have not heard of anyone who is denying a possibility as China continues to be nonchalant with the kind of products it has brought to the markets over the years.

As you make peace with your recent discovery, that is, if you are coming across the story for the first time. Waste no time in imagining that how are the Chinese dealing with it. It is because we are certain that if the same thing happened in India, we would make everyone responsible answerable in a way that the rest would consider rechecking their services for any possible breach of trust. Strangely in China, food and safety scandal is a part of their lifestyle and I would not be surprised if now they are not even shocked at the prospect of the dummy products that float in China. There have been reports of cases when the medicines, toys and pet food ingredients exported from China had sickened babies and animals in the North and South America. Melamine has also been traced in the pet food that comes from China. 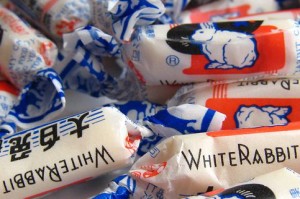 If you are aware of China’s milk candy called White Rabbit, which I am certain many in India would know about, was found to be contaminated with melamine too. I know that as a parent or guardian you would curse yourself if you have offered too many of those to your beloved young ones as they seemed to have loved it. There is no reason for a guilt ride as long as you learn and make an informed decision to say no to certain foreign products.

Melamine is a chemical used in the making of plastic and has a percentage of nitrogen. Though its consumption in a very minute amount would do no serious harm but if taken over a prolonged duration it can cause kidney stones, kidney failures and other health conditions. It is mainly the kids who are vulnerable to it for their underdeveloped immune system.